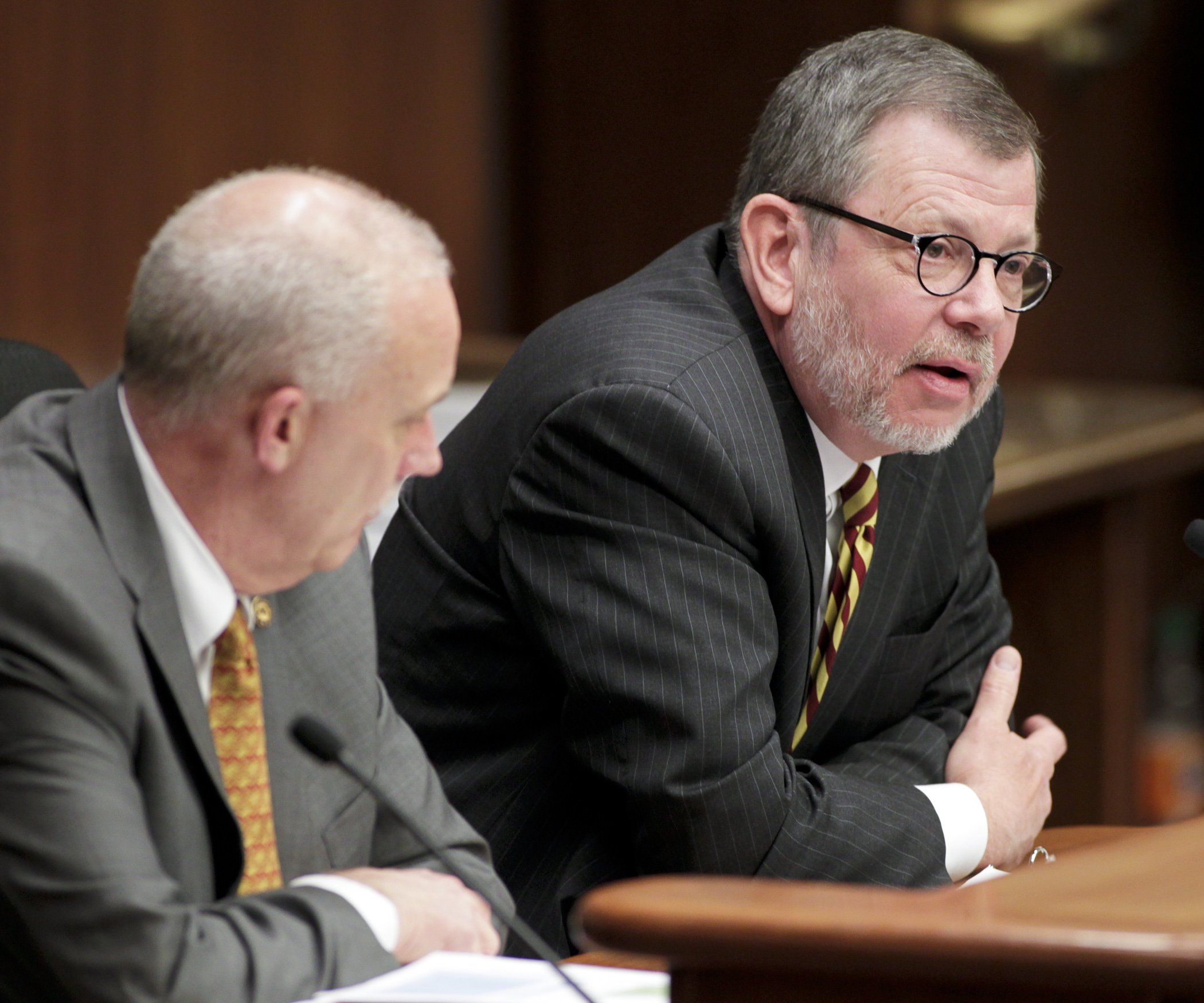 The House Higher Education Policy and Finance Committee approved an omnibus higher education bill Wednesday that would increase spending by $53.4 million —to $2.95 billion — over the next biennium.

But absent from HF845 are funds that would have covered a tuition freeze for students at public four-year universities, much to the dismay of University of Minnesota President Eric Kaler.

In light of a $1.9 billion budget surplus, “I believe a zero-percent increase is not an acceptable outcome,” Kaler told committee members Wednesday. The bill was referred to the House Ways and Means Committee.

Kaler said that inflationary increases, much needed technology upgrades and the university’s commitment to recruiting and retaining a world-class roster of faculty and staff are major factors in its request for $148 million in increased funding over the next biennium.

While DFLers expressed disappointment in the bill’s failure cover a tuition freeze, several Republican legislators grilled the president about the university’s professed inability to find more funds anywhere else but in the form of tuition increases.

Rep. Bob Barrett (R-Lindstrom) asked Kaler why the university hasn’t considered increasing the price of tuition for non-resident students, which was lowered in recent years in an effort to attract more out-of-state students..

“If we just correct that situation there is millions of dollars available at your disposal,” Barrett said. “Would it cover (the) total amount (needed to offset a tuition freeze)? Probably not. But there is money available.”

Provisions in  HF845 would provide a $105.31 million increase in MnSCU funding, which is short of the system’s request of $142 million increase that Chancellor Steven Rosenstone previously said was necessary to cover inflationary costs for a system-wide tuition freeze.

Provisions in the bill would also reallocate $53 million in an existing surplus in the Office of Higher Education’s state grant program into several other post-secondary grants.

Rep. Ben Lien (DFL-Moorhead) said that such a reduction represents a step backward for the state in its investment in higher education at a time when the Legislature should be taking advantage of a surplus to help students.

“After all the work we did over the last couple years to keep tuition low,we are now pitting the (MnSCu and U of M) systems against each other and taking money from the state grant program,” Lien said.

“As a former chair of this committee who in the past has always had negative targets, to me this is pretty good,” Nornes said. “It’s bound to get better is my hope as we move forward.”

The committee adopted four amendments to the bill, three of which were technical in nature. The fourth amendment brought language into the bill taken from HF1306, sponsored by Rep. Connie Bernardy (DFL-Fridley), which requires MnSCU to establish a policy implementing a transfer curriculum to facilitate the transfer of college credit.