Senior horticulture major Spencer Barriball lays out the tarp Friday on the St. Paul campus. Barriball is constructing a high tunnel that will protect crops for the winter. (Photos by Marisa Wojcik)

The farming bug hit the University of Minnesota horticulture student when his father started working on a farm three years ago.

“My dad is not a farmer by trade,” Barriball said. “But we moved here from Florida, and he’s been working on [a farm] and building high tunnels there.”

Since the beginning of this semester, Barriball has been building high tunnels on the Cornercopia farm, the College of Food, Agricultural and Natural Resource Sciences’ student-lead organic farm on the St. Paul Campus

“After seeing my dad construct the tunnels, I decided I’d learn more about them and growing from an educational standpoint,” he said.

The tunnels are 14 feet by 24 feet unheated, plastic-covered structures that are used to help market gardeners extend their growing season by providing environmental protection.

They are beneficial year-round because they provide protection from wind and rain, which results in increased crop yields and improved quality. They can help decrease pest and disease problems and prolong the growing season, even in cold climates.

Barriball said he is interested in the production of local foods and knows that high tunnels can extend the growing season for Minnesota farmers.

“I think it’s really important to give people options when it comes to fresh produce rather than them just having to go to the supermarket,” he said.

Albert Markhart, a University horticulture professor who is working with Barriball on the tunnels, said there is more to the structures than meets the eye.

He said the tunnels are part of their season extension efforts on the student farm. Students have more opportunities to grow because the season is longer with the tunnels.

“We’re all about season extension in our department, and the tunnels are one of the most important ways students can get experience with that concept and growing in general,” Markhart said.

Many other students in the department have been helping to construct the high tunnels and using the experience to learn more about them. They have already built one and are making progress on the second. 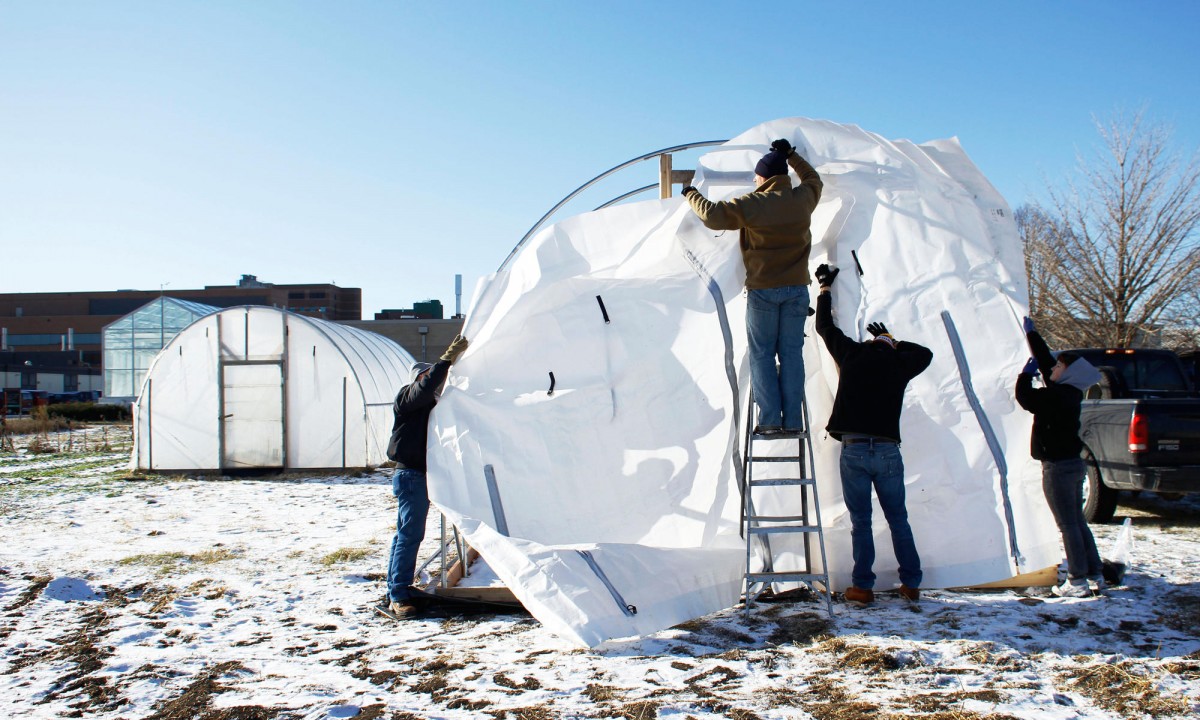 “I require my students to get their hands dirty, and working with the tunnels is one way that they can fulfill that,” he said.

Tyler Albers, a horticulture senior, has seen firsthand the impact the high tunnels could have on farms.

Albers, an Iowa native, has been working on his family farm his entire life.

He said he plans to use high tunnels when he graduates and starts working at the farm.

“We already have a high tunnel at the farm back home, and I plan on building another one when I go back,” Albers said.

His family mainly grows corn and soybeans, but he plans to grow organic vegetables once he returns.

He said he was happy to be a part of the tunnels’ construction and believes that they could do a lot for Minnesota farmers.

“The tunnels are a cool, novel way of extending the season and helping out the whole local food movement that is plagued by the short growing season in Minnesota,” he said.

Barriball also plans to work on a farm and hopes to start his own using high tunnels to grow fruits and vegetables.

“They will come in handy because of the kind of weather we experience here,” he said. 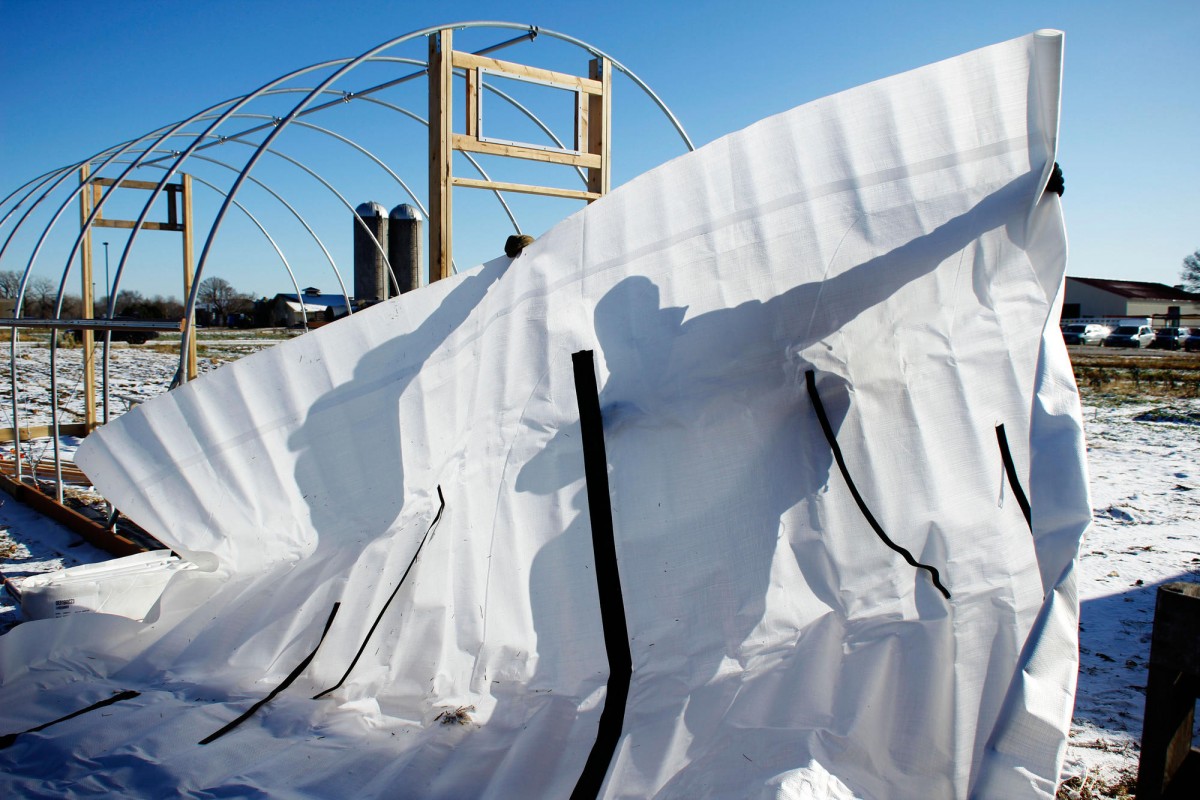 Volunteers worked to construct a high tunnel Friday on the St. Paul campus.