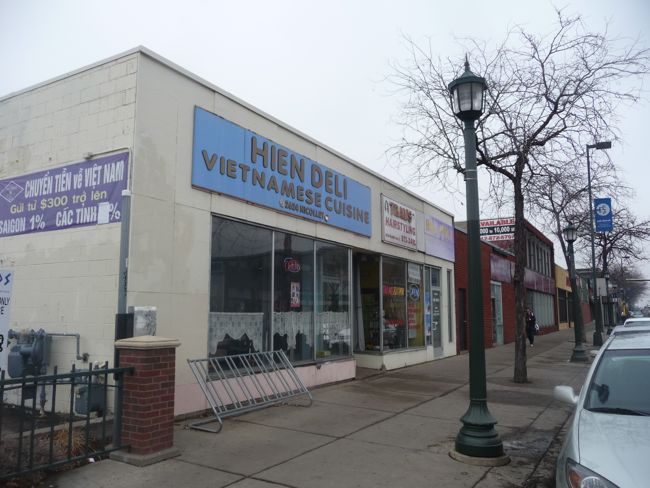 We’re leaving on Thursday for a couple of weeks in Vietnam – and maybe a side trip to Laos. One of the places on our itinerary is Hue, the ancient capital, so last week I headed for Eat Street (Nicollet Ave.) for a sneak preview of Hue’s most famous dish, bun bo Hue. It’s a spicy cousin to pho, the signature beef noodle soup, but prepared with a combination of beef, pork, and, in this version what the menu describes as Vietnamese ham – but Vietnamese lunch meat  might be closer to the mark. 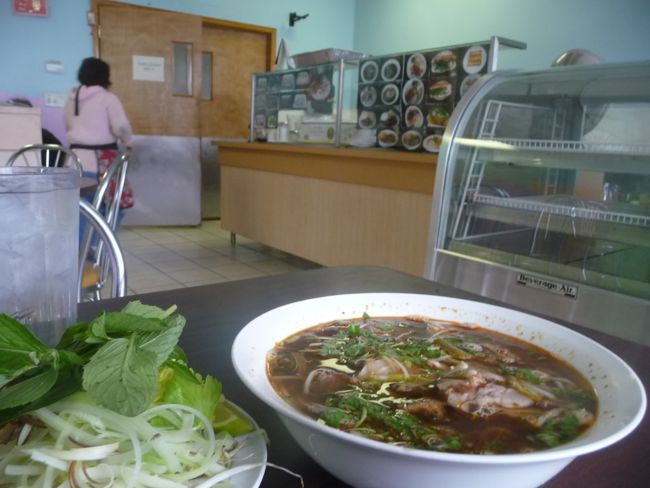 You can find bun bo Hue at lots of the restaurants along Eat Street, including Jasmine 26, Pho Tau Bay, Pho 79, and Quang’s, but I had the bowl shown here ($7) at the frumpy but friendly Hien Deli, 2624 Nicollet.

The broth was spicy and pungent, redolent with the flavors of chili oil, lemon grass and shrimp paste, with mint, beans sprouts and thinly sliced banana blossoms on the side. The menu also includes a nice selection of traditional Vietnamese dishes that you can’t always find at other local Vietnamese restaurants, such as banh beo – mini rice cakes with beans and ground shrimp ($3).