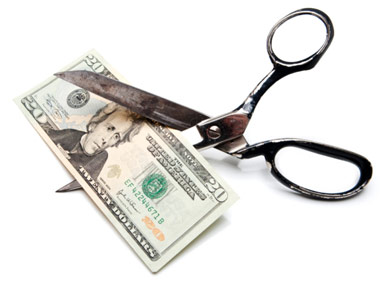 The steady decline in state-local revenue sharing (known as LGA) has been well covered in the news since the State Legislature began scaling it back about a decade ago. Indeed, most Minnesotans have become used to bumpier roads and less responsive plows, but there are hidden costs that have not received a lot of attention. These costs may very well be just the tip of the iceberg.

At a recent church council meeting, our insurance provider was attempting to explain why our premiums had increased so dramatically. One reason was because underwriters had recently downgraded the local fire department’s rating. So, as it turns out another cost of shrinking LGA is growing insurance premiums.

However, many individual escrow accounts are being overdrawn and homeowners are being slapped with unexpected bills from their mortgage companies due to the recent volatility in LGA and the resulting ballooning property taxes.

Unfortunately, this doesn’t help in the whole foreclosure mess. More than a few people’s homes have become unaffordable due to property tax increases.

Even more concerning is the compounding effect that this has on a city’s budget. The more homeowners walk away from unaffordable houses, the less property tax the city will ultimately collect, which in turn means that the city is forced to raise property taxes on those remaining in a community.

Meanwhile, Governor Dayton has convened a Tax Reform Advisory Group for Local Government Aid which will report to the 2013 Legislature. If a reduction in LGA has affected your insurance premiums, your mortgage payment, your local little league team, your local roads, or your wait time to get your street plowed, tell your legislator, and make sure policymakers know how much these “hidden” costs are adding up.