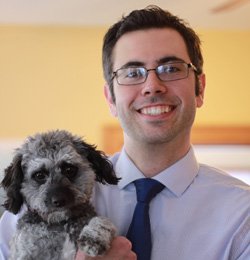 Over the past few years, the City of Minneapolis and its partners made major investments in a new traffic signal management system and other equipment to slash wait times for vehicles along and crossing Hiawatha Avenue. Drivers who use Hiawatha know firsthand how traffic flow can be disrupted by the Metro Transit’s Blue Line. Nowhere else in the country can you find a fast (45 mph or faster) commuter train running parallel to a highway, forcing frequent stops to side street traffic along the way. Now, the City is reexamining traffic in light of those investments and changes to see if any additional improvements can be made.

Traffic signal operation improvements along Hiawatha in 2013 included the addition of 160 in-pavement traffic detectors, the activation of a traffic signal control system that wasn’t available when the light-rail line started service in 2004 and a revision of traffic signal sequences. These investments drastically improved traffic flow with average delays decreased by 32 percent and the number of vehicles waiting two minutes or longer cut in half.

This spring the City of Minneapolis will reexamine the systems to see if additional adjustments could further improve traffic signal operation affected by the Blue Line. This is being done in anticipation of having more drivers using or crossing Hiawatha Avenue during the reconstruction of Minnehaha Avenue, which begins in April and will continue through fall 2016.

While crews will be making new observations and adjustments, they won’t be able to catch every traffic snarl or delay. For that information, they’re asking for help from residents who use Hiawatha Avenue and its cross streets daily. Anyone who sees unusual traffic signal operations or experience unusually large delays as they walk, bike or drive in the corridor should call 311 or email HiawathaSignals@minneapolismn.gov Reports should note the location of the incident and describe in detail what happened.