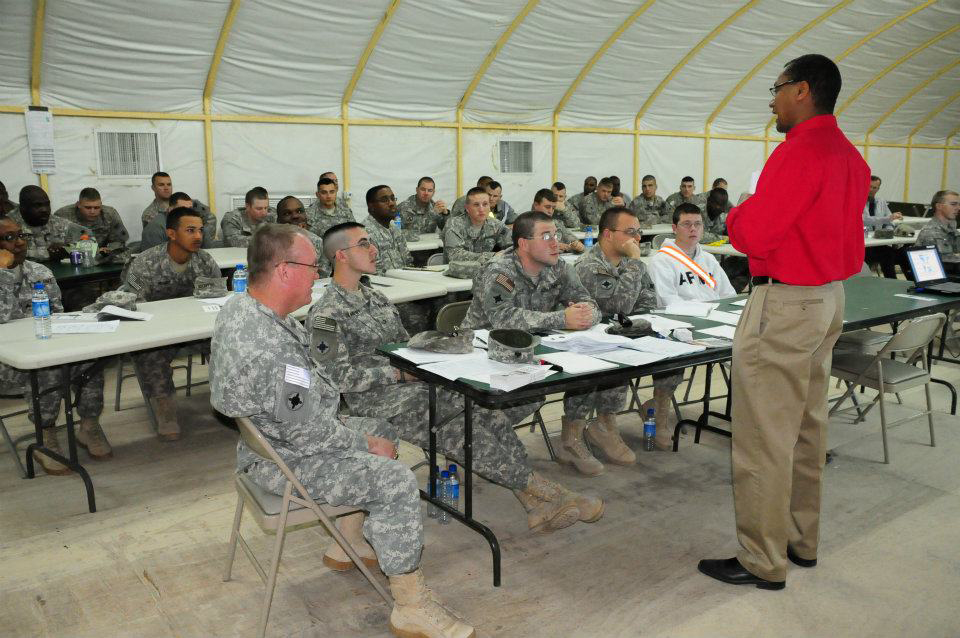 When the 2,700 members of Minnesota National Guard’s 34th “Red Bulls” Infantry Division return home from Kuwait later this month, they will have many things to look forward to. Unfortunately, for approximately 19 percent, a job isn’t one of them.

“The job market was bad when they left; a lot of them were 18 to 23 or 24 years old, many of them had been in college or in school,” said Jim Finley, director of veteran employment services for the Department of Employment and Economic Development. “When they left, they were unemployed, and when they come back obviously they’re going to be unemployed.”

The Red Bulls aren’t alone. Minnesota’s unemployment rate for post-9/11 military veterans is estimated to be 23 percent — the third-highest in the United States. Throw in older veterans and the picture looks only marginally better: a total of 9.4 percent of the state’s veterans are unemployed, compared to just 5.7 percent for all Minnesotans.

It’s not just young soldiers, either. Bruce Olson, a 53-year-old former Red Bull, returned home from a 22-month long deployment in 2007 and spent almost a full year looking for work. Even now, he says he’s making ends meet with temp jobs. Back when he returned from Iraq, Olson said he feels the Guard didn’t do much to help him find work.

The situation has not gone unnoticed by state officials, who have begun a coordinated effort to combat the problem. Now, lawmakers and Gov. Mark Dayton are looking at providing additional pathways for veterans back into the state’s workforce.

Rep. Carolyn McElfatrick (R-Deer River) sponsors HF2909 that would expand the state’s underutilized GI Bill program so that it would fund apprenticeship and on-the-job training programs for post-9/11 veterans. The program currently only subsidizes postsecondary education. Dayton proposed a similar expansion in his supplemental budget request.

“With the drawdown, there will be even more men and women returning, and it’s important that we plan in advance as much as possible to provide for re-entry into civilian life and quality jobs,” McElfatrick said at a March hearing. 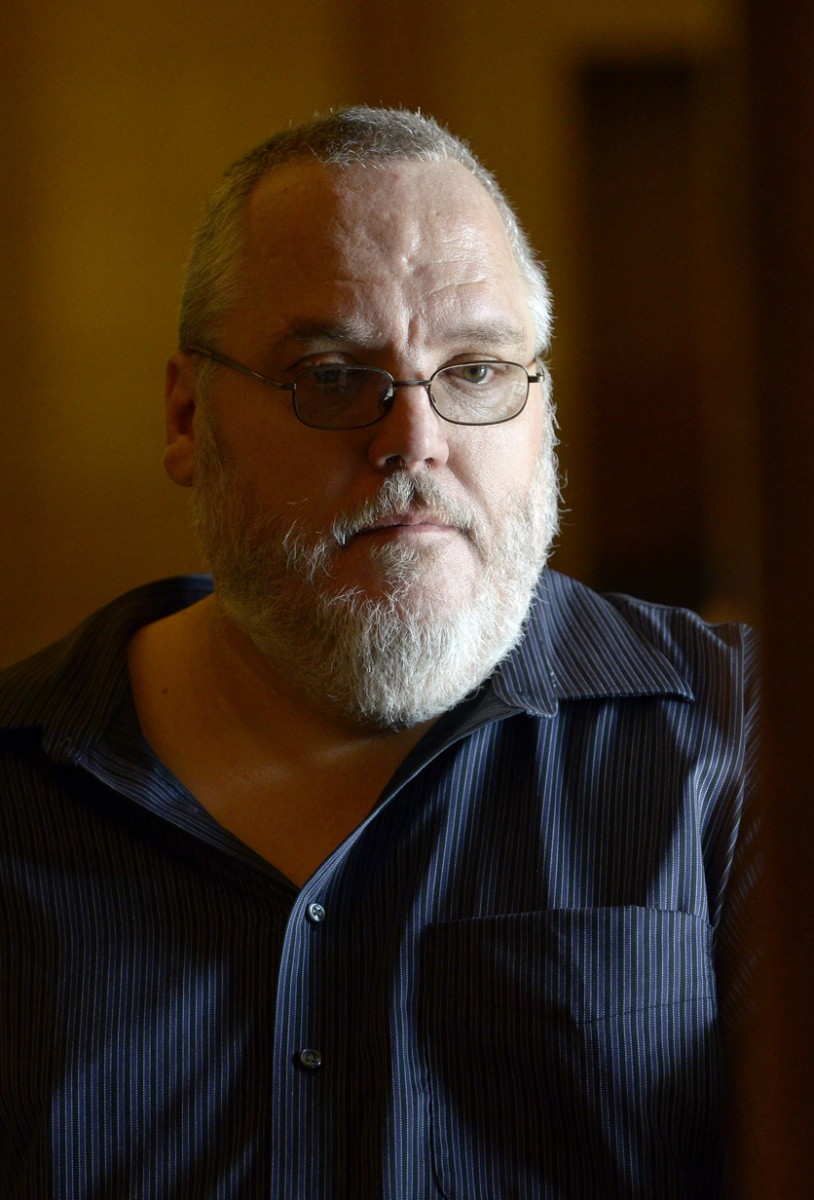 Right: Bruce Olson, a veteran of the Minnesota National Guard’s “Red Bulls” infantry division, has struggled to find a permanent job since his 22-month long deployment in Iraq ended in 2007. (Photo by Andrew VonBank)

The stigma of war

On the face of it, veterans would seem to possess many qualities that an employer should want in an employee: self-discipline, teamwork, leadership skills and the ability to work under pressure, to name a few. So why is it so hard for veterans to find jobs?

Part of the reason simply boils down to bad timing. The current generation of veterans left for their overseas deployments amid the worst job market in decades. Many of them joined the service straight out of college or high school, without ever gaining any entry-level work experience in the civilian world. Finley said these young veterans return home with huge gaps in their civilian resumes.

“You’ve got a group of people back home in Minnesota who have not been in Kuwait with you; they’ve not made this sacrifice. And they’ve been looking for jobs. They’ve been honing their interviewing skills, they’ve been perfecting their resumes, and that’s who you’re going to compete with,” Finley said.

But the problem goes deeper than just the competitive job market. Col. John Morris, state chaplain for the Minnesota National Guard, says veterans are up against a stigma that exists in the minds of many employers and human resources professionals: namely, that veterans returning from combat zones are damaged.

“There’s two big messages out there: one is ‘Thank a veteran,’ and the other is, ‘All the veterans have post-traumatic stress disorder and are potential walking time-bombs,’” Morris says.

For employers, Morris says it often comes down to a simple equation. If there’s one job opening and many candidates, why should an employer take on the risk of hiring a veteran? He says employers who haven’t served in the military themselves can’t see the inherent value in the kind of skills, training and experiences that veterans possess.

“I don’t think it’s malicious; I think we have a constant drumbeat that comes through the media, and we have a lack of understanding of us because most people have never been us,” he said.

From combat to careers

In March, Minnesota quietly made military history when it sent a team of soldiers, government officials and corporate executives into a combat zone to train the Red Bulls on how to get civilian jobs once they return home. The so-called “Employment Resource Team” coached the troops on strategies to look for jobs, improve their resumes, hone their interview skills and network with potential employers.

Finley and Morris, both of whom were on the team, said the training sessions were a hit with the Red Bulls.

“Target, Best Buy and U.S. Bank stepped up to the plate and provided us hiring executives,” Finley said. “These guys at this level are not available to soldiers or the general public to tell them the tricks of the trade… But this group of a thousand soldiers in Kuwait heard all of this stuff. It was incredibly valuable.”

The Employment Resource Team represented a first-of-its-kind effort, but it’s far from the only strategy the state is using to put veterans back to work.

DEED employs its own small army of veteran employment representatives to help veterans look for jobs, apply for benefits and seek educational and job training opportunities. Each of the state’s 49 workforce centers has a representative assigned to it.

“Our only purpose in life is to assist other service members in their job search,” Finley said. “All my staff, including me, are all veterans. Most of us are disabled veterans. We’ve been through our own reintegration, so we know where these guys are at. We know some of the obstacles because we’ve had to deal with them.”

Finley said the Dayton administration has made veteran employment a top issue. A series of workshops are being planned in which state officials will meet with employers to assess local workforce needs and develop customized training that can help put veterans in high-demand jobs. He said the proposed legislation to expand the GI bill would also go a long way toward opening new opportunities for veterans.

In the long run, Morris says the state needs to find ways to guide what he calls the “next Greatest Generation” into productive careers.

“Let’s challenge them to fill those critical needs, and let’s counsel them, show them where the needs are going to be, and let’s point them toward the Minnesota schools that can prepare them to get there,” he said.