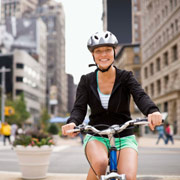 As we approach Twin Cities Bike Walk Week June 2-10, there’s so much positive news about foot-powered transportation that it’s hard to cram it all into one post. So let’s summarize with bullet points:

That’s a lot of positive developments, and a great way to celebrate is to join in any of the more than a dozen fun events scheduled for Twin Cities Bike Walk Week. Highlights include the Tour de Cure at Minnehaha Falls and the Northeast Ride on Saturday, June 2, and the Nice Ride downtown St. Paul launch on Monday, June 4.