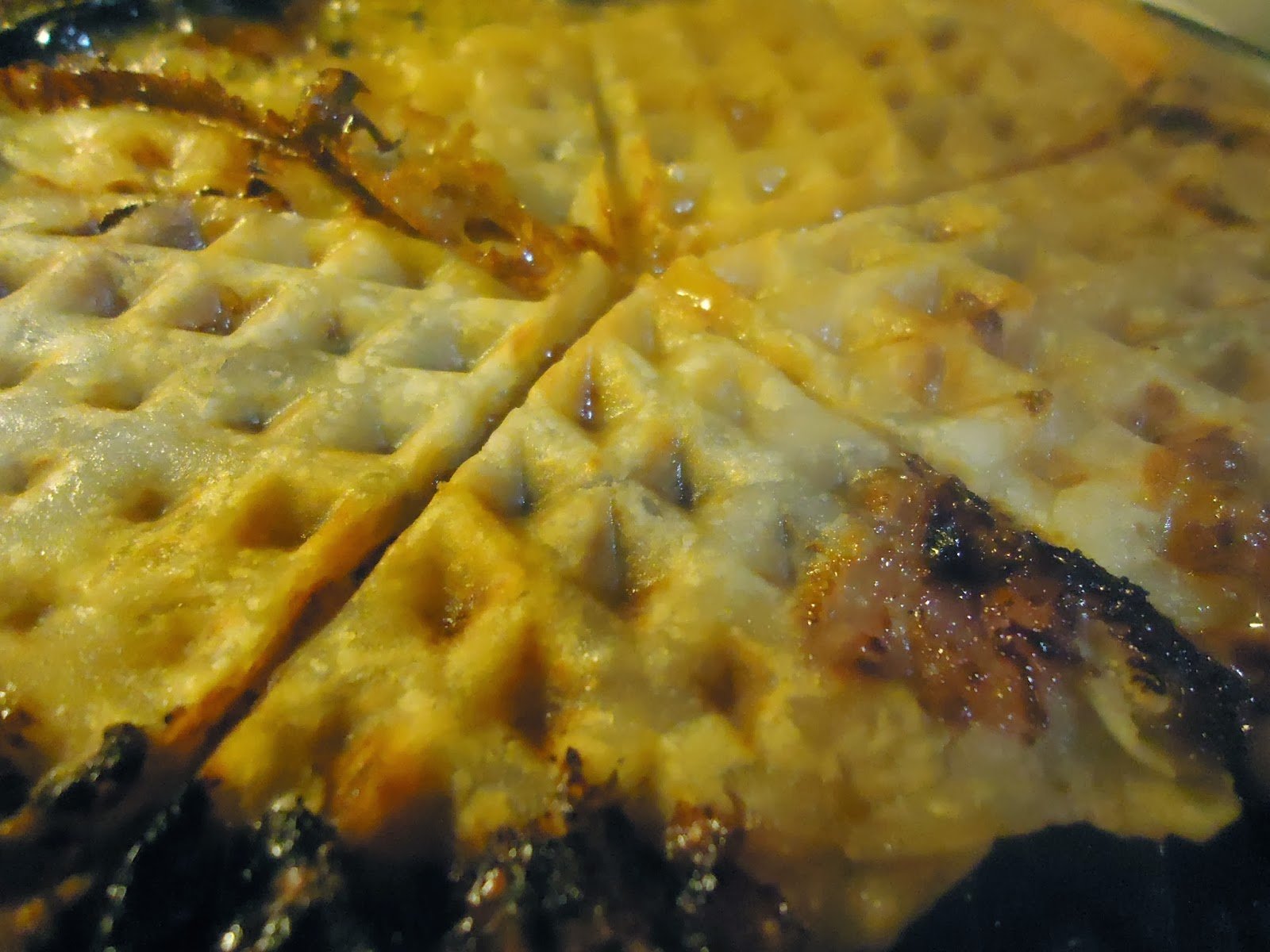 On my honor I promise to try to stop serving lefse in new and occasionally odd ways. I also promise to stop taking photos in the dark. But seriously what is a girl supposed to do when her freezer is bulging with enough lefse to feed an army of hungry Norwegians?

The lefse waffle sandwich had such great potential: a tasty gal but not much of a looker. I folded a lefse round over thin slices of Gruyère and a sheep cheese whose name I don’t recall (it had been hanging out in the cheese drawer for too long and its time had come), and a dollop of lingonberry preserves. The little sandwich took some time to brown in the waffle iron, but eventually the cheese melted all gooey and the lefse just browned. I wouldn’t call it a super success, but I ate the entire thing for breakfast and had no regrets.

Slightly more successful and much prettier was the lefse taco; warm lefse wrapped around leftover pulled turkey breast and melty bits of Jarlsberg, topped with lingonberry salsa and broccoli-slaw. 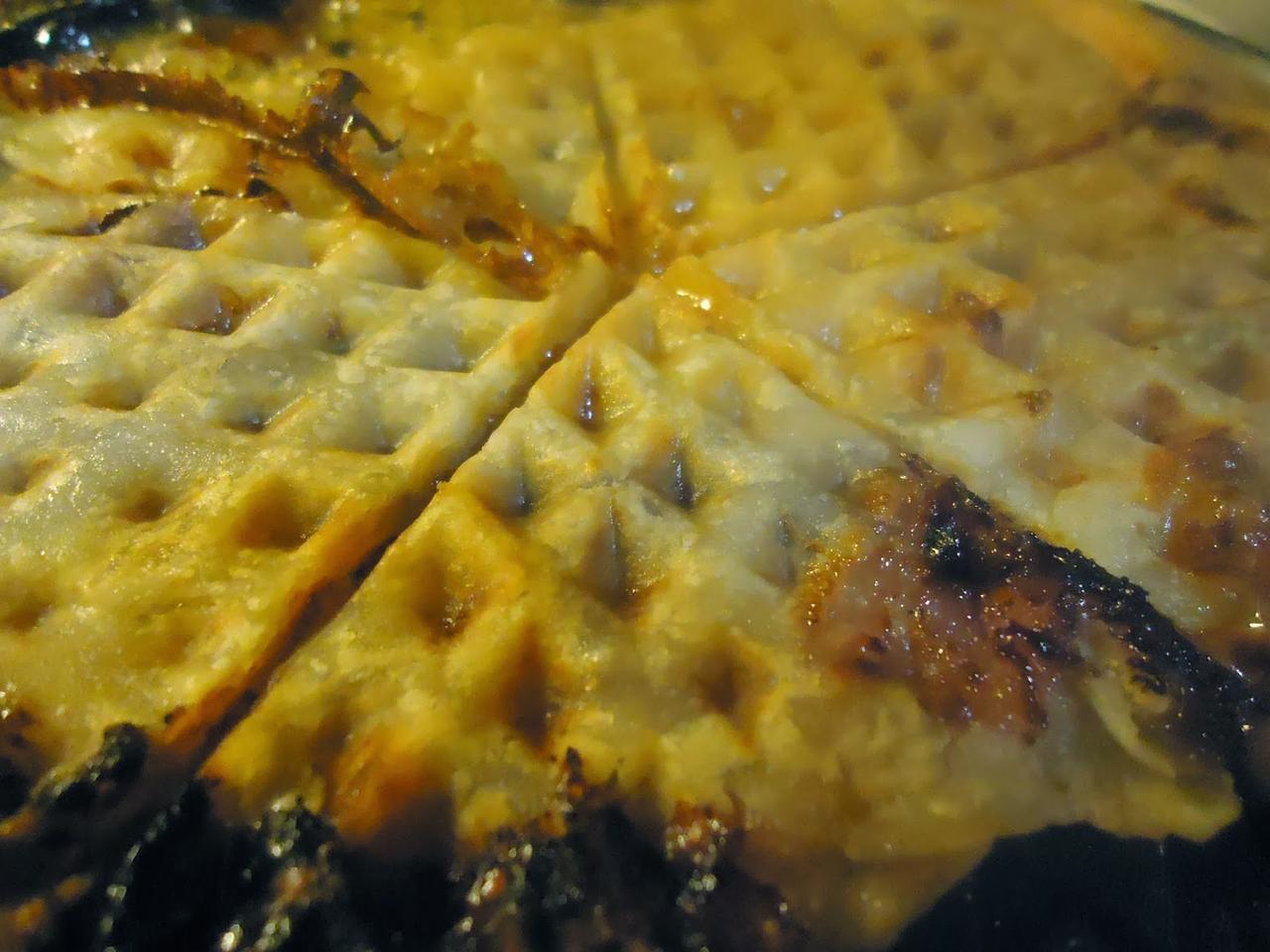 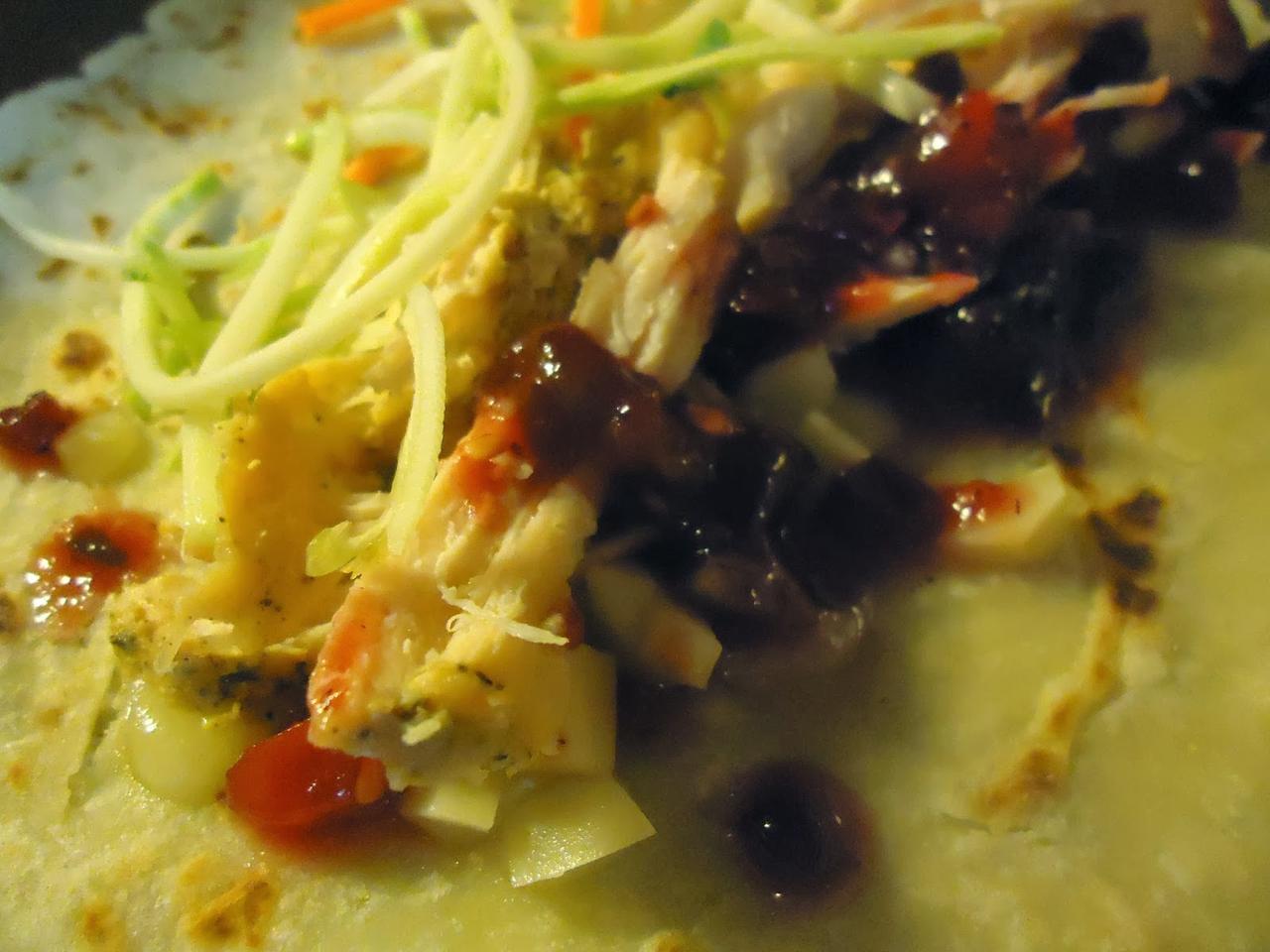