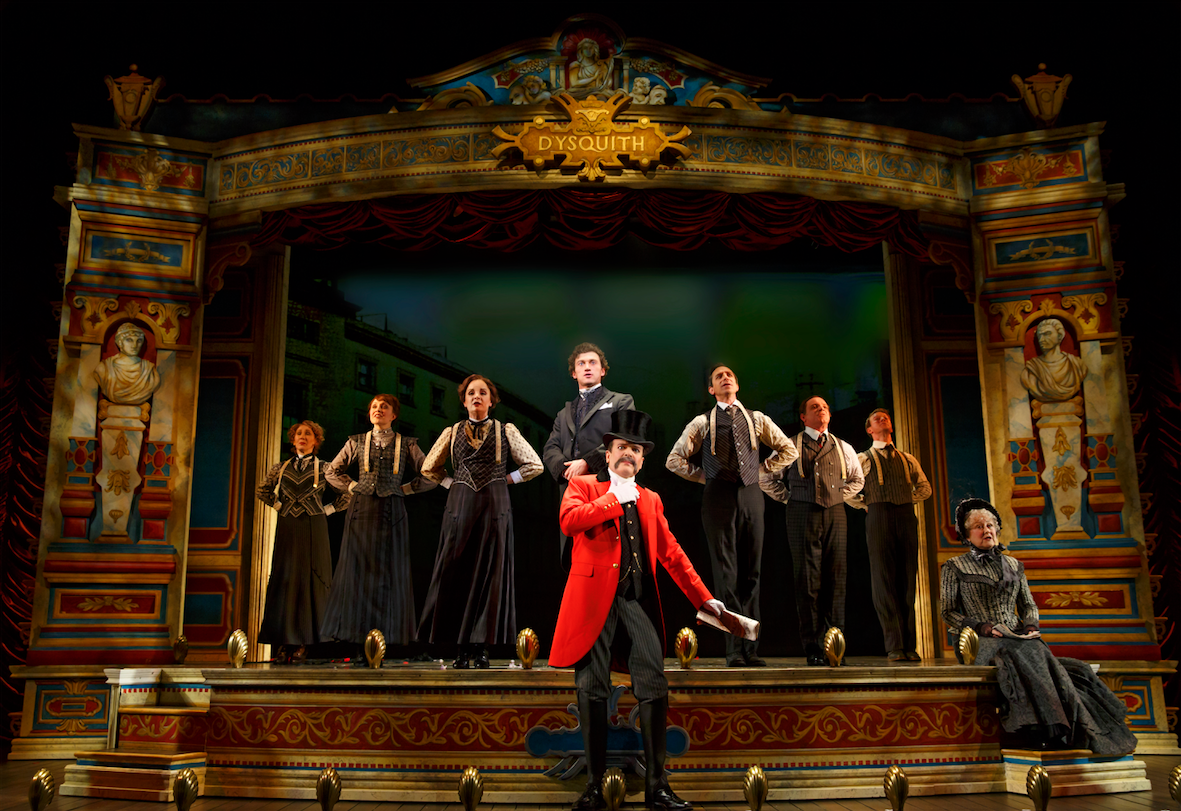 The cast of A Gentleman's Guide to Love and Murder.

The Hennepin Theatre Trust announced today a Tony Award-studded 2015-2016 season of Broadway musical tours. Spinoff tours from three of the 2014 Tony Award winners will land on Hennepin Ave next season:

Also making their first Twin Cities splash include tours for updated Rodgers + Hammerstein’s Cinderella, Disney’s Newsies, and If/Then. Some more familiar shows reprising their runs include Disney’s The Lion King, Joseph and the Amazing Technicolor Dreamcoat, and (back for a three-week engagement) The Book of Mormon. Theatre Under The Stars will also visit with their production of Disney’s The Little Mermaid, as will Blue Man Group.

This announcement also brought word of the next collaboration between the Hennepin Theatre Trust and Theater Latté Da. Having recently dazzled audiences with scantily clad dancers (Cabaret) and adorably exploited children (Oliver), the two have decided to combine the themes to produce a show about an exploited stage daughter who turns to stripping in Gypsy.

The full press release and performance dates are available online.