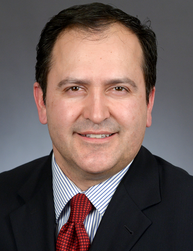 The House’s rural-urban divide took a big city vs. suburban turn Wednesday with the House Transportation Policy and Finance Committee giving its OK to a bill that would reallocate millions of dollars in sales tax revenue to all but the state’s two most populous counties.

HF710, sponsored by Rep. Jon Koznick (R-Lakeville), would move $32 million in sales tax collected on motor vehicle leases from the General Fund and put it toward Greater Minnesota transit and to the County State-Aid Highway Fund for use on metro area roads — except in Hennepin and Ramsey counties.

Suburban residents have been “paying more than their fair share” toward metropolitan transportation projects, Koznick said, many of them in the state’s two counties that are home to Minneapolis and St. Paul.

Current state law dictates the first $32 million of revenues collected from the tax each year are deposited in the General Fund. The remainder is split evenly between the County State-Aid Highway Fund and the Greater Minnesota transit account.

Approved by the committee and sent to the House Taxes Committee, Koznick’s bill would split those reallocated funds evenly between rural transit and county state-aid highways in the Twin Cities’ “collar counties.”

There is no Senate companion.

Some members took exception to the exclusion of the state’s most populous counties, with Rep. Clark Johnson (DFL-North Mankato) saying the move pitted one part of the state against another for much-needed transportation funding. Rep. Ron Erhardt (DFL-Edina), whose district lies entirely within Hennepin County, said much of the leased vehicle sales tax revenue is generated in Hennepin and Ramsey counties. To exclude them from the reallocated tax revenue, he said, “That’s baloney.”

Keith Carlson, executive director of the Minnesota Inter-County Association, sounded a supportive note, saying “this leased vehicle sales tax is a quid pro quo” to the suburban counties paying a transit sales tax they feel has been disproportionately spent on projects in Hennepin and Ramsey counties.