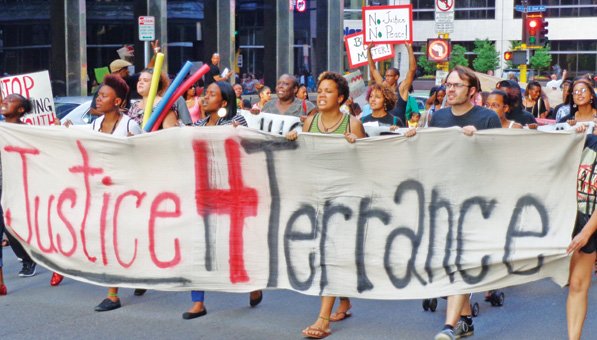 Historically, many local Blacks believe that no matter what evidence is presented, nothing happens to Minneapolis police officers for misconduct against people of color. The May 10 death of Terrance Franklin, reportedly at the hands of City police, has thus far done nothing to erase such beliefs.

A common theme expressed during recent public demonstrations is that the city’s Black community has no confidence in the police department investigating Franklin’s death or in the Hennepin County Attorney’s Office that might or might not do anything to the responsible officer or officers for acts of misconduct. 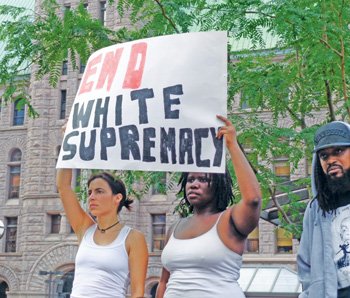 Hennepin County Attorney Mike Freeman pledges that his office will do anything in its power to see that justice is done in the Franklin case. Freeman spoke one-on-one with the MSR last week for nearly an hour. He says he understands the community’s impatience, doubts and demands for answers to what happened almost four months ago in a South Minneapolis basement.

“I do not run the Minneapolis Police Department,” stated Freeman, who added that his office does not get involved in police cases until the investigation, which is still ongoing, is completed. “What we do in police cases in which the result is the death of a civilian, we take every one of those cases to the grand jury.”

According to both the U.S. Supreme Court and the Minnesota Fourth District Court handbook, a grand jury does not have to hear both sides of a case. “Its function is simply to hear witnesses and receive evidence as to a charge of crime.” There must be “substantial evidence submitted” against the police in order to determine that criminal charges are needed.

Grand jurors are randomly selected “from a fair cross section of the residents of the county” using Minnesota voter registration lists, state driver’s licenses and ID cards. A grand jury must be between 16 and 23 persons, and 12 or more jurors must vote for an indictment. All deliberations and testimonies, along with the jurors’ identities, are by law kept secret.

Presently, the Franklin case has not been brought to a grand jury, Freeman reported admitting that previous police misconduct cases presented to grand juries have come back with a “No Bill,” meaning they did not find enough “admissible evidence” to criminally charge a police officer or officers. 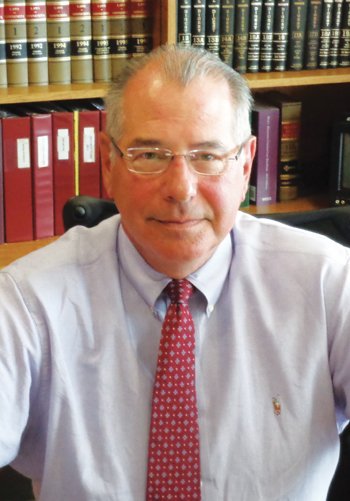 “We don’t know enough yet about Terrance Franklin,” continued Freeman, who added that despite public protests against Minneapolis Police Chief Janee Harteau, she “[can’t] reveal a lot of things. It’s a judgment call on how much to reveal and when.”

This includes publicly releasing Franklin’s autopsy results, said the county’s top attorney. “That’s criminal evidence. If the grand jury would read about it in the newspaper, then they don’t have a clean slate to work with.”

He vividly recalled what happened in the aftermath of the 1990 Tycel Nelson shooting death. It was falsely reported that the unarmed 17-year-old Black teenager was fatally shot in the chest. This information, Freeman believes, was given by a police commander at the scene.

“Three days later, after the autopsy report, it was revealed [that Nelson instead was killed by a shot in the back],” he remembered. That “caused huge distrust” of local law enforcement among many Blacks, he noted. “The cops were roundly criticized for trying to cover up [the actual details].”

The grand jury subsequently handed down a No Bill decision against the officer who shot Nelson. “Did the police act wisely? I don’t think so,” said Freeman. “Did they act criminally? The grand jury said no.

“The standard of evidence for an indictment is so much higher. That is one of the real challenges of communicating this [to the public]. Our job is not to [ask], ‘Is the police procedure wise?’”

Freeman said that the reason Harteau is apparently being tight-lipped about the Franklin case is that “She is told legally not to” speak publicly about it by the City Attorney… We [do] know that two officers were shot with a police officer’s gun, and we know Mr. Franklin was shot. My purpose here is not to deny that.”

Nonetheless, when asked to confirm the speculation that Franklin was shot at least six times, “There are about six of us who have seen anything of that file,” Freeman responded. “I would swear to the Good Lord that I haven’t said anything to a newspaper. But I know there are people who don’t believe that.”

Freeman, however, didn’t rule out the possibility that someone in the MPD spoke to a reporter. “[Local reporters] have all sorts of contacts that tell you all sorts of things. You keep asking until somebody tells you [something]. I’m sure there is a cop down there someplace who [talked to a reporter].

“I’ve read the same police report [story] about shots in the back of the head, and that troubles me. I can answer this — there are no leaks in this office,” said Freeman.

Given the fact of several deaths of Black men over the years at the hands of Minneapolis police, as well as numerous excessive force lawsuits that cost the City millions in settlements, the current angst, fear, suspicions, and lack of confidence among many Blacks is understandable. Freeman asked for patience as the Franklin death is being investigated.

“The time I’m spending with you, we’re trying to tell [the community] that…this is an important thing and I want to share [as much information] as best I can,” he reiterated. “The public is deeply concerned, especially the African American [community].”

While some are comparing what happened to Franklin to the Trayvon Martin death a year ago last February, “They are totally different,” Freeman argued. “Trayvon Martin was killed by a vigilante. The only parallel tragically is two young African American males died as the result of gun violence. Both of them are tragedies, but legally totally different.

“Good people can disagree with this, but police officers never shoot their gun unless [they] fear for [their] life, your life or someone else’s. No shoot-to-cripple, but shoot-to-kill. That is what they do,” explained the attorney.

As for the two recent incidents involving Minneapolis officers using racist and offensive language in Green Bay, Wisconsin and Apple Valley, “Do we condone that? Absolutely not,” said Freeman, who pointed out that although what was done was wrong, “right now [it] isn’t criminal. The issues of racism in the MPD also are separate from Terrance Franklin.”

Freeman said he’d work with Harteau in an effort to improve her department’s culture: “I’m prepared to help whenever I’m asked,” he said.

The Hennepin County Attorney also said he is willing to meet with Black community residents and leaders to discuss how trust and confidence in the justice system can be restored. “Right now, I have to make sure that the [evidence] is completely and fairly presented to the grand jury. That’s what we are obligated to do.”

He pointed out that even if the final outcome is unfavorable to many, “We have to treat [the Franklin shooting] according to law, the same way as if it was a Black cop [who] shot a White kid,” said the attorney. “After the grand jury is done, then I can meet with citizens to try to figure out how to make it better.”