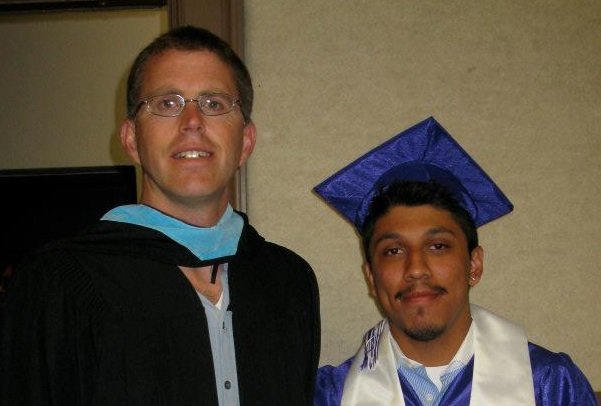 Augsburg College senior Edgardo Becerra always knew he wanted to go to college. He comes from what he calls a “financially unstable” family, with parents working overtime and second shift jobs. While they worked, Becerra stayed home and took care of his younger siblings. Becerra said he knew he would need “every possible resource to get into college and be prepared.”

AVID was founded in 1980 in San Diego, when a federal desegregation order brought inner city students to suburban classrooms. A public school teacher who wanted to serve the “unprepared” students coming to her high school created AVID. According to the website, AVID is “more than a program,” but also a philosophy: “Hold students accountable to the highest academic standards, provide academic and social support, and they will rise to the challenge.”

As Becerra described it, the AVID program at Southwest is there for students from “all different backgrounds,” many of whom will be the first in their family to go to college. Becarra said that in 9th grade, a teacher recommended that he join the program to help him plot his course for life beyond high school.

According to Maria Roberts, who oversees the Minneapolis school district’s AVID program, AVID helps students from “historically underserved populations” by introducing them to college-level skills such as inquiry-based learning and independent problem solving. Twice a week during the regular school day, AVID students meet in small groups with a tutor. They focus on discussing and addressing a question each student brings to the group from one of their traditional high school classes. These small groups are designed to “promote self-advocacy and critical thinking,” according to Roberts, and operate on a 7 to 1 student to teacher ratio.

Mariam Demello, another Southwest student who enrolled in AVID, said that initially she was hesitant to commit her elective hour to AVID. She made the commitment and, through AVID, she “learned to be a better student,” with skills necessary for success in college. Now a sophomore at Hamline University, she said AVID helped her develop “useful study skills, problem solving skills regarding academic affairs, and organizational skills.”

In addition to providing exposure to these college-level skills, AVID also actively helps students with the college applications process. For Demello, the most beneficial aspect of this was the ACT prep course she took through AVID, as well as the program leaders’ help with filling out federal financial aid paperwork, known as FAFSA. Becerra, who is now at Augsburg College, also mentioned the help he got with the FAFSA paperwork, as well as the fact that the Southwest AVID program helped him tour area colleges. “Knowing how busy my parents were,” he said, “it was difficult to find time to go and visit.”

According to Roberts, Minneapolis Public Schools would like to expand AVID to elementary schools as well, since the program is set up for fourth-twelfth grade students. The district pays AVID $2.5 million per year for its services and for professional development. Money comes from a grant from the Cargill Company and from integration funding provided by the state. According to Roberts, only “a small portion” of the $2.5 million is paid to AVID itself.

Last year, according to Southwest AVID teacher Patrick O’Connor, more than 95 percent of Southwest’s AVID graduates went on to college. District-wide, the average is closer to 80 percent, as not all of the district’s AVID programs are as strong.

Henry High School, for example, has had frequent turnover in staffing for its AVID program. District coordinator Roberts said there’s a need to work hard at “selecting and retaining effective AVID teachers and coordinators.”

Washburn High School AVID graduate Tiffany Tyus described joining AVID as a shy, reluctant high school freshman, and leaving as a confident public speaker. Tyus went on to graduate from Augsburg College with a double major in psychology and religion, and is now the lead AVID tutor at Field Middle School. Tyus said that “AVID is a fun and comfortable community of educators, like myself, and peers all willing to put the effort in to help students become college ready.”

Edgardo Becerra echoes this, saying that AVID was “one of the best choices” he made in high school. From Becerra’s view, it helped him “make close connections” with his classmates and teachers, and that helped him become the college student he is today.

CLARIFICATION: According to Roberts, only “a small portion” of the $2.5 million cost of AVID in Minneapolis is paid to AVID itself.