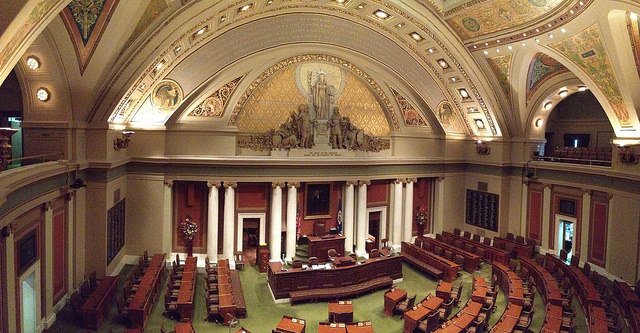 A 15-year trend of rising tuition for students attending public and private colleges throughout Minnesota has captured the attention of the House Higher Education Policy and Finance Committee.

Three themes emerged in committee discussions Tuesday and Wednesday: tuition continues to rise, enrollment has leveled off in recent years and student debt is at an all-time high. That news has many key players in post-secondary education wanting to take a closer look at how and why.

On Tuesday, University of Minnesota President Eric Kaler pitched to legislators the university’s $65.2 million request for state funding to cover a tuition freeze for its students over the next two years. Without a tuition freeze, university administrators predict costs will rise between $2,100 and $2,600 over four years for undergraduate students. Kaler said the freeze on tuition would “enable the core middle-class families to more easily access the university.”

Last week, Senate DFL leaders unveiled SF2 that would have the state pay education costs of students who graduate from a Minnesota high school and attend two-year vocational or community colleges governed by the Minnesota State Colleges and Universities system. No similar legislation has yet been introduced in the Republican-controlled House.

Committee members have yet discuss the university’s request or the provisions outlined in SF2. But committee members did express frustration that college tuition in Minnesota has increased at three times the rate of inflation and family income from 2002-2012.

They questioned why costs have risen and whether there might be a correlation between that trend and a recent, slight decline in enrollment numbers.

“We have individuals who have encountered debt on a scale that we have never before seen in this state and in this country,” said Rep. Gene Pelowski Jr. (DFL-Winona). “And most of whom will be facing the task of 10-20 years to pay off that debt.”

Rep. Bob Barrett (R-Lindstrom) suggested that members first get a closer look at the cost structures of the university MnSCU and private higher education institutions before reaching conclusions on why costs have risen over the last decade and change.

Others expressed concern that higher education institutions need to provide more guidance to students who seek educational paths that saddle them with debt for years to come.

“How are we guiding students into making better decisions with these bigger dollar amounts in the way they spend and borrow?” asked Rep. Ryan Winkler(DFL-Golden Valley).