A wide-ranging effort to plan new bicycle routes in the Twin Cities is nearing completion with two opportunities next week for riders to weigh in on preliminary maps drawn up by the Metropolitan Council and the Minnesota Department of Transportation.

The Regional Bicycle System Master Study is focusing particularly on suburbs settled from 1950 to 1980 where “trails were not built when the streets were developed and street networks were designed with little consideration for biking or walking.” Outer rings of suburbia generally include local bike trails and regional park connections, while Edina, Minneapolis and St. Paul have developed extensive dedicated trails and “an expanding network of on-road facilities,” according to the study’s planners.

The study is also intended to better identify how the current bicycle system works and create a framework for evaluating proposed improvements, especially as commuting routes. The final document will inform a regional 2040 Transportation Policy Plan for all modes of travel that is scheduled for completion late next year. 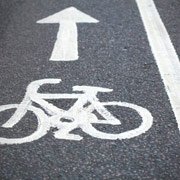