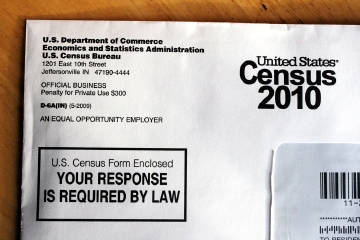 About 300 Questionnaire Assistance Centers (QAC) and “Be Counted” sites were supposed to open across Minnesota on March 19.

“We haven’t heard anything negative,” said Census Bureau Public Information officer Michael Gregorio. “We take that as a good thing.”

Although these sites are there to help people pick up and fill out the census form, many sites in Minnesota have not opened yet or have limited hours – which is not such a good thing. I called six different sites on March 23 and four of them were unable to tell me when census staff would be there.  This is five days after the sites were set to open.

These sites opened across the country and speaking about them generally, according to Gregorio, “everything seems to be running fine.”

However, after multiple phone calls to sites in my area, I discovered that it would be difficult to visit one.

It was crucial that I called the sites in advance.  Many locations are not open yet and in at least one case, census staff didn’t show up for a scheduled time.  I understand that the census is a huge and important undertaking, but how can people get help if there is no one there?

Some of these sites also have inadequate hours.  Sites are not necessarily open every day and have short time blocks of operation, which doesn’t allow the people much flexibility.

It’s also important to know that these sites are “in flux,” according to Barbara Ronningen, of the State Demographer’s Office.

“The Census Bureau will keep the ones open that have high traffic,” Ronningen said.  “If not, they may close some and open others.”

The Bureau is still hiring people across the country for any number of positions and according to a press release from the City of Minneapolis, looking to hire about 4,000 more people for peak times in Minnesota.

So, what are these sites?

The main purpose of the QAC is to assist people in the completion of the census forms and to offer language assistance.  Paid Census Bureau staff at the centers will be able to answer commonly asked questions, provide blank forms and offer 59 different language guides, including Braille and large print questionnaires, according to Census Bureau information.

“People with disabilities; people who can’t see well; people with limited English…these sites are there to help,” Ronningen said.

Be Counted sites are there to ensure all people have access to the census form.  If a person feels they were excluded on their household’s form, if they did not receive a form or if they were without housing on April 1, these centers are available.

According to Ronningen, the main difference between the two sites is that the QAC has a staff to help with filling out the form and, depending on the area, will have bilingual staff on site to help those with language barriers.  The Be Counted sites are just for picking up forms.

The centers are also another way to reach out to the community concerns about the census.

Ronningen said incorrect addresses have been an issue for some residents.  The Census Bureau contracted a company to create the mailing list and in some cases the suburbs adjacent to cities get the name of that city in their address field.  For example, an address in Golden Valley, Minn. could have Minneapolis listed as the city.

“A lot of people are very concerned that they won’t be counted in their home city,” Ronningen said.

So far the Minnesota State Demographic Center has been told about this problem in cities such as Apple Valley, Inver Grove Heights and Shakopee.

Not to worry, Ronningen said: “Zip code boundaries do not respect city boundaries. In the address label, the zip code and street addresses are correct, and answers will be correctly counted in the correct city despite the error in the address label.”

Another problem is that some snowbirds that will not be back in state until after April 1.  Ronningen said many of these people want to be counted in Minnesota.  In this case, since the forms are sent to every residence, these people will receive a form to their snowbird location and their Minnesota address. The snowbird location should be filled out as “zero” people living in that location.  Snowbirds can wait to fill out the form until they return to Minnesota, or can pick up a blank form at a local assistance center, enter their Minnesota address and fill out the form according to their residence here.

By offering these centers to the public, Gregorio said the “vast majority” of the people who visit them will have no problem filling out the form because they know how to fill it out and why they are filling it out.

The sites are located throughout the state in many public and private buildings such as libraries, city halls, workforce centers, license bureaus, community centers, county government centers and churches.

It will be a couple weeks before the Census Bureau is able to determine how well the sites are working and what impact they are having on the community.

Despite the difficulties some in Minnesota had to get staffed and opened, these sites are there to help – just make sure you call first.

The Minnesota State Demographic Center offers a map of site locations on its website, which will be updated as often as possible.