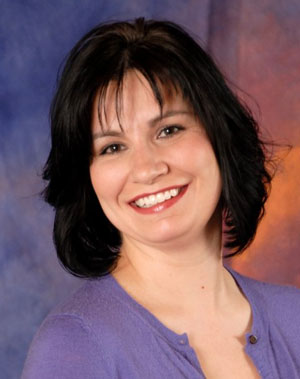 On Planet Franson, it’s okay to feed the legislators, but not poor people. Via the Minnesota GOP House Caucus Youtube channel, Franson delivers this charming message, beginning at 1:50 in the Youtube below:

Last week, we worked on some welfare reform bills.

And here, it’s kind of ironic, I’ll read you this little funny clipped that we got from a friend. It says, ‘Isn’t it ironic that the food stamp program, part of the Department of Agriculture, is pleased to be distributing the greatest amount of food stamps ever.

Meanwhile, the Park Service, also part of the Department of Agriculture, asks us to please not feed the animals, because the animals may grow dependent and not learn to take care of themselves.

Our reform bills are meant to bring people up out of the clutches of poverty. We want to provide a safety net, no longer a safety hammock. In one of the bills Representative Kurt Daudt authored would reduce the amount of time that you could stay on welfare from five years to three years.

In three years I believe that we can get Minnesota’s poorest of the poor back up on their feet and moving more toward a prosperous future.

Never mind that the Park Service is part of the Department of the Interior, or that similar statements in other places have earned scorn for those politicians, like former South Carolina Lt. Gov. Andre Bauer, who equate poor people to animals. Franson says her script with complete confidence, because all the poorest of the poor need is a deadline and a lifetime, three-year limit on family assistance to get out of that hammock

Franson then moves on to a plug for a program fighting child sexual abuse.

The rest are forums and minor blogs. It’s encouraging to know that Franson draws from the best thinkers around–and that the communications staff at the House Republican Caucus believes this “ironic” anecdote is worth sharing with Franson’s constituents.

Like Franson, this mental giant also believes the Park Service to be part of the USDA. However, at least he bothers to add a (wink, wink) caveat that he isn’t comparing poor people to animals. Okay then.

Franson wasn’t capable of making this distinction, insteading chosing to roll into a program to limit time on “welfare.” One wonders if this three-year limit includes food stamps, since it’s a separate program from TANF-based “welfare.”

“My grandmother was not a highly educated woman, but she told me as a small child to quit feeding stray animals,” Bauer said during a town hall meeting, as the Greenville News reported over the weekend. “You know why? Because they breed. You’re facilitating the problem if you give an animal or a person ample food supply. They will reproduce, especially ones that don’t think too much further than that. And so what you’ve got to do is you’ve got to curtail that type of behavior. They don’t know any better.”

Update: And the youtube is back, courtesy of a friend (see below)! Franson also tweeted a classicly clueless non-apology apology:

For those offended at the video, I deeply apologize. I have asked for the video to be taken down …