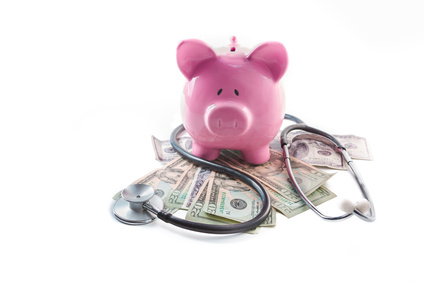 Reverend Sarah Campbell’s faith compels her to fight for health reform. “It’s completely unjust,” she said of the current health care system. Campbell is the lead minister of Mayflower Church in Minneapolis. Every minister can tell stories, she said, about challenges their parishioners have faced trying to obtain health care.

She told the story of a man who had insurance and recently needed urgent heart surgery. His insurance, however, would only cover the basics. Campbell said the man had to tell his surgeon that, “if it’s more than just basic surgery, you have to sew me up because it’s more than I can pay for.” He had to choose between saving his life and bankruptcy, Campbell explained. He hoped he could purchase a plan on the health exchange that would cover the surgery, “but in the meantime he probably would have died,” Campbell said. Fortunately he only needed basic surgery.

She also told of her own experiences fighting for health care. “Twenty years ago, I got a very terrible disease — a flesh-eating virus — and almost died. I had decent health insurance, but a year after, we were taking out loans,” Campbell said. The costs for her care went beyond her health insurance coverage. “We were just years paying off those loans,” she said.

Campbell has worked for health reform for 18 years and participated in a team through ISAIAH, a non-profit, faith-based organization, to advocate for the passing of the Affordable Care Act (ACA).

Pastor Dan Garnaas is also part of an ISAIAH team. He is a pastor at Grace University Lutheran Church, which is located near the University of Minnesota medical facilities. Like Campbell, he has his own stories to tell about navigating the health care system.

He described a time when his family’s health insurance denied coverage for a medical treatment one of his children was receiving. “The bill was going to be a huge amount of money and it was a fight for a long time,” Garnaas said. Eventually the insurance company did agree to cover the treatment, and Garnaas acknowledged that though it was a tough fight, his wife and he had connections that helped them gain a favorable outcome. “And then to think about folks who don’t have those same connections,” he said, “or a single parent… it just made me realize just how terribly difficult those things can be.”

He contrasted that with the experience of his daughter who studied in Norway. “As soon as she landed in Norway at the airport, she had better health care coverage and access — she had the best that she had ever had,” said Garnaas. He sees the ACA and the Minnesota health exchange, now called MNsure, as steps in the right direction of greater access to quality health care. Navigating the health care system “can be just daunting,” Garnaas said, “and hopefully some of the changes that are happening now will make it less daunting — I hope.”

MinnesotaCare provides health coverage for people with low income. Eligibility is based on multiple factors, such as income and family size. Campbell wants to see the program expand to cover more people, which it could under state House and Senate proposals currently moving through legislative committees. ISAIAH and Take Action Minnesota have been instrumental in pushing to keep MinnesotaCare, said Campbell. One of the advantages of MinnesotaCare that Campbell sees is continuity of care. “MinnesotaCare — no matter what you are going through in life, you still have seamless care,” she said.

The question of who can serve on the seven-member board that will oversee the exchange was a hot debate in the state legislature. In the end, the health exchange bill includes conflict of interest regulations that limit the ability of someone with ties to the health insurance industry from serving on the board.

Said Campbell, “With the exchange, we have to be sure that the committee, none of them are in health insurance because there can be no decisions based on profit. The decisions have to be based on human need.”

Garnaas had a similar perspective. “It really is a people’s exchange,” he said. “It’s really about people and what we value and who do we value most.”

“I don’t think we’re done,” Garnaas said about health reform in Minnesota and the United States, but he had hope that as reform efforts continue to move forward, everyone will have access to the quality of care that his daughter received in Norway and is available in other countries. “In talking about access to health care and quality of health care, it really should be a right for every person in this country and not just a privilege for people who can afford it.”

Campbell’s last remarks sounded like those from someone who has been in a long fight: “I’m ready for us to move to universal health care. We’ve been doing this too long.”

Cancer survivor must choose between health or house

Do you have a health care/insurance story to tell? Email Andrea Parrott or comment below.