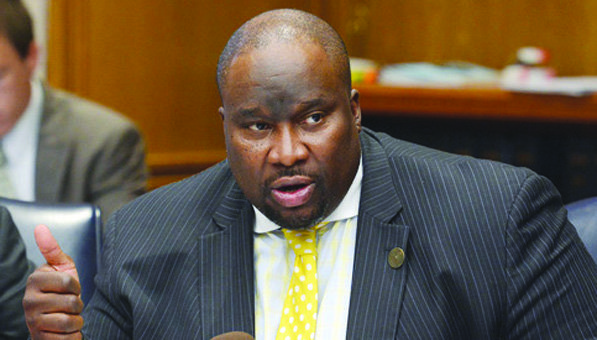 After the second hearing as part of the ethics complaint against Democratic State Senators Jeff Hayden and Bobby Champion, the process has been placed on hold. The complaint, filed by six Republican Senators on September 24, consists of two major allegations:

The first reads, “According to a Star Tribune article dated September 12, 2014 (“North Side school effort called failure”), Sen. Hayden and Sen. Bobby Jo Champion ‘threatened to withhold state aid if the Minneapolis school district did not approve the contract [for a project with Community Standards Initiative (CSI)].’”

The second part of the complaint concerns allegations that “Sen. Hayden participated in the misuse of federal, state and local funding by accepting trips and other perks such as per diem as a member of the Board of Community Action Minneapolis.”

The first of two probable cause hearings to date was held by the Senate Subcommittee on Ethical Conduct on October 23. Much of that hearing centered on concerns that the Minneapolis/CSI portion of the complaint was founded on reporting by the Star Tribune that relied on unnamed sources. DFL Senator Tony Lourey at that hearing criticized the Republicans who brought the complaint for relying purely on unsourced media accounts, and for not doing their own preliminary investigation.

We asked Senators David Hann, Michelle Benson, and David Thompson to elaborate on their decision to go forward with the ethics complaint on that basis. When Hann was asked whether he or any other senator had been afforded an opportunity to examine and evaluate the nature and quality of the Star Tribune’s source, he answered, “I talked to the reporter. They did not give me access to the individual or the individuals that they spoke with, other than they confirmed that their story was accurate… What we did was, we looked at the things that were reported publicly, statements that were made publicly and in the Department of Human Services.

“You’re not required to do an investigation before you make a complaint,” Hann explained. “You make a complaint based on things that are typically publicly available, for which people may believe there is a violation of our rules.”

Thompson held essentially the same position, also indicating that the Star Tribune reporting would not have been considered credible if it had a reputation as a “scandal magazine” like the National Enquirer.

Benson mentioned another criterion for moving based on the Star Tribune’s reporting: “No, I did not contact the Star Tribune,” she said, “because generally when reporters print something, if someone contacts them and points out an error, a correction is run. And so, if it was, in fact, an error on the part of the reporter, I would presume that someone from the Minneapolis School Board — or Senator Hayden, or Senator Champion — would have contacted the paper and asked for a correction.”

Senators Hayden and Champion, in fact, in a lengthy commentary that appeared in the Star Tribune itself on September 18, did unequivocally deny the charges against them, calling them “untrue” and steadfastly maintaining that “We were not involved with anything of the sort.” They then went on to provide a lengthy and detailed account of what they say actually did happen.

All three Republican senators agreed with Senator Benson’s characterization of the proceedings when she told us, “A public hearing is in fact an opportunity for us to verify if an error was made.” Senator Thompson said that the November 5 hearing was intended to be a continuation of the probable cause phase of the ethics inquiry process.

At that hearing, testimony from Minneapolis school superintendent Bernadeia Johnson, who called Champion and Hayden “strong advocates” for CSI, was introduced. Johnson appears to be one of the unnamed sources quoted in the original Star Tribune article.

The hearing, however, ended on an indecisive note, with Committee Chair Sandra Pappas stating that the committee is not an investigative body and urging patience. In the end, the committee voted to put off further action until State agencies had concluded their investigations.

The ethics complaint may be viewed at https://www.scribd.com/doc/240832374/Ethics-Complaint-against-State-Sen-Jeff-Hayden.