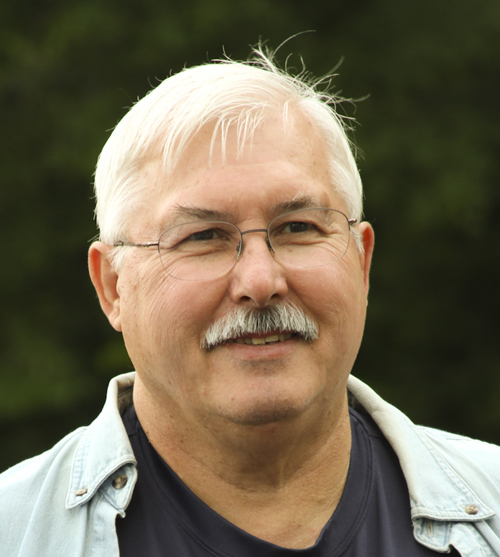 CORRECTED 10/17 (see below) | Arrests might not seem like a badge of honor to most people, but Steve Clemens noted that he had been arrested with at least ten previous honorees of the Vincent L. Hawkinson Foundation for Peace and Justice.  The Hawkinson Foundation’s annual award is given to individuals who have made a long and significant contribution to the cause of peace and social justice.  More than 120 people came to honor Clemens and five young scholars for their peace and justice work on Sunday, October 14, at St. Michael’s Lutheran Church in Roseville.

“This award is an encouragement to keep on doing this work, not to sit on one’s laurels,” said Clemens. “This award is a community effort rather than an individual accomplishment.”  As a peacemaker and activist for more than 35 years, Clemens has risked numerous arrests and gone to prison for his anti-war efforts.

Along with many others he tried to block the White Train carrying nuclear warheads to a submarine base off the Georgia coast in 1985.  He was part of the protests of weapons manufacturer Alliant Techsystem, with arrests in 1997, 2003, and 2004. He traveled to Iraq, before the United States went to war, as part of the Iraq Peace Team and spoke to 65 groups after his trip.  He is active in the Iraq and American Reconciliation Project and traveled to Afghanistan in 2011 as part of an international peace delegation.  He is planning on returning to Iraq soon.

Clemens was born in Pennsylvania of Mennonite heritage. He registered as conscientious objector during the Vietnam War.  He kept hearing the tapes in his head of Jesus saying, “Love your enemies.”  Clemens worked with street gangs in Philadelphia and helped poor farm families in the Mississippi Delta and Washington D.C.

While there he joined the anti-war movement and was arrested at the White House. He has endured more than 30 arrests for his activism for peace and justice.

In 1975, he and his family moved to southern Georgia to be a part of an intentional Christian community called Koinonia Partners.  The focus was on values of nonviolence, racial reconciliation, simple living and service to other.  “The 16 years in this Christian community was probably the most significant aspect of my spiritual formation as a peacemaker,” said Clemens.  They participated in vigils and protests related to wide range of social justice issues resulting in arrests, convictions and jail time.

He moved to Minneapolis in 1990 with his two sons and his wife to become part of the Community of St. Martin and active in the Minnesota peace community.  “If I didn’t have community of supporters I couldn’t do the risk-taking that I do,” said Clemens. “Peacemaking must always be combined with social justice: LGBT issues, rights of immigrants/refugees, the homeless, and those in prison.”

While Clemens received an honorary award, five students received Hawkinson scholarships. Each student received an award of  $4,000 or $5,000.  The scholarships were awarded to students from Minneapolis, North Dakota, St. Paul and Duluth.   “These people are impressive,” said Stan Jacobson, a founder of the Hawkinson Foundation.  “That’s why we’re here today; it’s good to recognize and encourage what’s positive, when there’s so much that’s negative swirling around us in the media, on TV and the political campaigns.”

The foundation was formed after Rev. Vincent L. Hawkinson retired in 1988 after his 30 years of ministry at Grace University Lutheran Church in Minneapolis. Reverent Hawkinson was very outspoken against oppression and inequality of any kind.  He believed it was the duty of religious leaders to speak up and act against injustices and violence in the world.

Here’s a video of Steve Clemens speaking at the awards ceremony. You can also read the full text of his remarks here.

The foundation is funded by individual and private funds.  If you want to contribute contact  www.hawkinsonfoundation.org/donate.