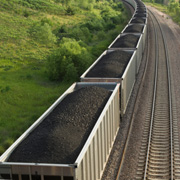 On November 1st, the Minnesota Public Utilities Commission (PUC) voted 5-0 to have Minnesota’s largest utility, Xcel Energy, submit a plan by July of 2013 that examines alternatives to continued operations at the Sherco 1 and 2 coal-fired power plant units. The plan will compare the cost of upgrading the units (two of the three largest coal units in the state) with modern pollution controls versus retiring the units in favor of other electricity generation like wind, solar, and natural gas, and demand reduction through efficiency, conservation and other efforts.

The PUC’s request is a practical step in facilitating the transition of our electricity grid from the increasingly obsolete notions of the past towards the promising potential that lies ahead. Gone are the days when we need to continually rely on large coal-fired power plants to produce the majority of the electricity we need, but shutting down all the state’s coal power plants tomorrow and expecting other forms of generation to pick up the slack is illogical and unfeasible.

Rather, the PUC decision walks a pragmatic line between calls from environmental groups in the state to shut down the coal units, regulatory concerns regarding grid reliability and costs to ratepayers, and the long-term financial stability of utilities facing turbulent market changes. Most importantly, it lays the groundwork for increasing the flexibility, regional reliability and long-term affordability of our electricity generation, transmission and distribution system by replacing old and dirty power plants with clean and modern resources.

Although Minnesota’s large coal-fired plants played a major role in our energy portfolio in the 20th century, they are becoming increasingly expensive to build, operate and maintain. Construction costs for new plants are increasingly high, fuel costs continue to rise as resources compete globally and become harder to access, environmental and health impacts are finally being internalized into plants’ operating costs, and extending the life of aging plants throughout the state is proving to be uneconomical.

Conversely, costs to implement and maintain wind and solar resources have fallen significantly in recent years and are projected to continue that downward trend. In particular, wind and solar do not carry the volatile fuel costs that are inherent in fossil fuel electricity generation, and grid operators working in regional markets reliably feed more and more least-cost wind electricity into the grid. Implementing large-scale wind and distributed solar resources can provide reliable low-cost electricity at different scales in the future.

Natural gas can also play a significant intermediate role in our future energy portfolio as we phase out coal-fired generation. Natural gas plants offer a balance of stability and agility, providing large amounts of electricity while reacting quickly to fluctuations in the grid that inflexible coal plants cannot accomplish. Natural gas is also susceptible to fluctuating fuel prices, but current projections of these costs remain low and stable compared to increasing costs of delivered coal in Minnesota. Although there are unresolved concerns about the impacts of hydraulic fracturing (fracking) in the extraction of natural gas, this resource also eliminates many of the pollution and carbon emissions found in coal-fired electricity generation.

When discussing these significant changes in how we generate, transport and distribute electricity in Minnesota, it is important to note that utilities and grid operators are highly regulated entities. The Federal Energy Regulatory Commission (FERC) oversees all significant actions on the grid and ensures reliability above all else. In addition, the Midwest Independent Systems Operator (MISO), which manages the Midwest portion of our electricity grid, is charged with providing the least-cost electricity at all times everywhere on the grid. Reliability and cost are central to how we structure and manage the grid.

Given these considerations, wind resources have increased from less than 2% of electricity generated in Minnesota in 2001 to 12.7% in 2011. Similar increases have occurred in North Dakota, South Dakota and Iowa, with South Dakota producing over 22% of its electricity from wind last year. These additions to the generation portfolio have not affected reliability or cost on the grid. In fact, Xcel Energy reported that energy prices were about 0.7% lower with wind resources on the grid in the 2008/2009 timeframe than they would have been without them. Claims that wind energy is unreliable and costly have simply not panned out.

Following similar studies from Minnesota Power and Otter Tail Power analyzing the economic longevity of some of their coal-fired power plants, asking Xcel Energy to do the same is long overdue. We are at a crucial point in how we generate electricity in our state and throughout the Midwest. Steps like these ensure that we phase out old and dirty coal plants in practical, reliable and cost effective ways, allowing other generation sources to come online that provide clean, reliable and least-cost electricity, improving the economy, health, environment and long-term sustainability of our state.