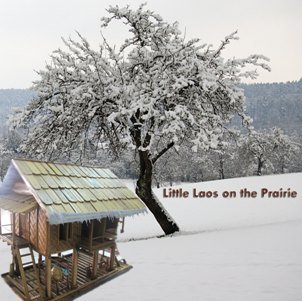 This month, the Lao Minnesotan blog Little Laos on the Prairie turns two, and what a ride it’s been.

In twenty-four months, we saw the departure of one of the founding editors and many new blaoggers stepping up. They have received praise and comments from around the world, from the offices of ambassadors to our neighbors across the street. Through it all, their perspective on the Lao American journey has been nothing short of inspiring.

Over 189 posts have been writen so far, ranging in topics such as the fearsome ghost Phi Ghong-Goy, to traditional recipes, interviews with writers, artists and educators, one mouse deer skull smuggling, and many other milestones. That’s almost three a week from a team juggling everything from babies to grad school.

Where does a blog by and about Lao Minnesotans go from here? It’s a good question. I’ve also heard more than a few ask: Is there really a need for a blog like this?

I’ve said it before, but it bears repeating here: In the forty years since I left Laos, less than forty books have been written by Lao Americans in our own words, on our own terms. But a community cannot grow to its fullest potential without something to connect itself to its past, its present and future. Minnesota is no exception.

In Minnesota, there are enough Lao living here to form a small city the size of Monticello. This is an award-winning community whose members are recognized across the United States and internationally. This is a community that has also known its fair share of tragedies, even in the last year, with the passing of many of our elders, and some taken before their time. There are still three unsolved murders of Minnesotans who’d been born in Laos, a story the mainstream media chose not to cover. But I think that sort of thing deserves a mention. I know: We’ll probably never know what really happened. There are enough things going on both here in Minnesota and internationally that they’ll probably never get any more justice than these last passing words. A mention in a blog.

But I feel better that there’s something. That the contributors who’ve written for Little Laos on the Prairie over the years took a chance on all of these different issues.To express one’s self? To share an opinion in the world freely, to risk changing that world with a handful of words? Those are some of the greatest gifts of democracy, and one I believe we’re obliged to use, or else we will lose it. Lao who know their history know this better than almost anyone else.

This does not mean everything we write will get read. I look at some of the statistics on the entries Little Laos on the Prairie posted. Some stories got hundreds of hits. Others? Well, let’s just say the public has spoken.  But those kind of surprises are part of what makes the journey worthwhile.

There are over 400,000 people from Laos rebuilding their lives in the US. But you can point to very few people doing what Little Laos on the Prairie is trying to do.

I think a good blog takes about three or four years to really hit its stride, to understand its voice and to build its audience. There will be experiments that get left by the wayside, and there will be pieces that become classics we turn to again and again. For those who’ve been a constructive part of this process, as we rebuild in the aftermath of our wars, I thank you. For those of you who haven’t? Well, I thank you, too. Because it’s taught our writers to be tough, and to not give up on believing we have a place here, and that a Lao voice is something to share.

Back in the middle of the 20th century, there was a reitred American farmer named Ed Buell who came to Laos and found himself working with the refugees created by the wars. Over time he got the nickname Tan Pop, or Mr. Pop. But in 1970, he told a visiting writer “Everything turns in time, and it’ll turn again in Laos, some day. Maybe it’s turnin’ now, maybe it’ll be ten years or fifty years before there’s peace. But when that day comes, these people is gonna remember what Tan Pop stood for, whether they remember me or not. They’ll be just a little better off for my bein’ there, and that’s the only thing that keeps me goin’. No man is big enough or brave enough to go on workin’ like this without some kind of purpose. I’m sowin’ seeds that, by God, someday is gonna grow.”

This week, looking over the latest submissions and all of the comments we’ve gotten, I can see: We’re a long, long way from Laos, but I think something’s starting to sprout. Here’s to the years ahead, and to all of the lessons we’ve learned already.