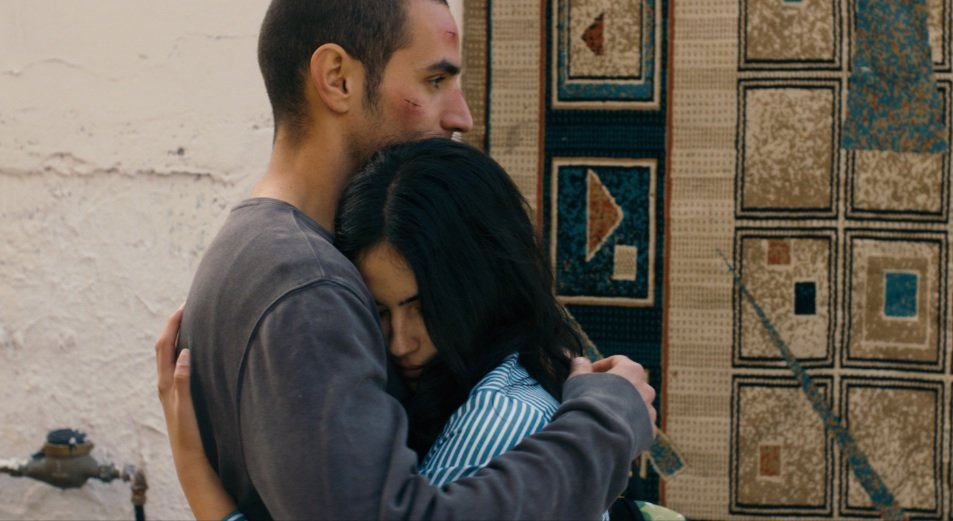 Less than three weeks away is the 86th Academy Awards. Most of the Oscar-nominated films are now playing in local Twin Cities theaters or are available on DVD, Blu-Ray, Redbox, or cable download, but there are a few that have not opened locally yet. This was an issue for many who want to see the entire pool of Oscar nominated films before the awards. Now that the Oscars are pushed back to Sunday, March 2, it gives studios another four weeks to promote and market their potential derby winners and audiences the opportunity to fill out their ballots in confidence, or at least tell their family and friends who they would vote for.

The best Foreign Language category is always one where it seems only one or two films play in the Twin Cities. However, three of the nominees have already screened in the Twin Cities: Belgium’s The Broken Circle Breakdown, Italy’s The Great Beauty, and Denmark’s, The Hunt. The fourth nominated film, Cambodia’s, The Missing Picture, opens on Friday, April 25 at the Walker Art Center well after the Oscars are over. This Friday, February 21, Palestine’s, Omar opens at the Landmark Edina Cinema just in time to see it before the Oscars.

Omar premiered at the 2013 Cannes Film Festival in the Un Certain Regard section, winning a special jury prize then going on to screen at Toronto and New York film festivals. In early October, the film was bought and picked up for U.S. Distribution by Adopt Films, which boasts a Minnesota connection. One of the co-founders of Adopt Films is Tim Grady, the former Film Society of Minneapolis/St. Paul treasurer and active president/owner of World Cycling located on University Avenue in St. Paul. Grady along with co-founder Jeff Lipsky, now find themselves in the Oscar race.

Opening across the United States this Friday in roughly 50 theaters, Dutch/Palestinian director Hany Abu-Assad has been doing non-stop press since the nominations were announced over a month ago. The two-time Oscar nominated director said by phone in Los Angeles that this nomination “has a bit of a different feeling than my first one for [2005’s] Paradise Now. I know what is going on now and I have been enjoying it more. It still is very exciting and I hope the second time goes better than the first,” he said with a short laugh.

Abu-Assad, 52, seems to be enjoying the spotlight since the nomination. He said that his latest film was much easier to film and the locals were more than helpful in giving a hand to the production: “When we were shooting Paradise Now, we suspected someone in the crew was giving information to the army, which began to start my paranoia during the shoot, and that is where the idea of Omar started. But shooting Omar was a much easier time than back with Paradise.”

Paradise Now was nominated for an Oscar in the best Foreign Language film category in 2006, but lost to the South African film Tsotsi. Paradise Now has similar themes to Omar, like friendship, loyalty, and betrayal. The film follows two childhood friends recruited as suicide bombers in Tel Aviv—one friend willing to go through it, while the other has second thoughts. It is also the first time since the Paradise Now nomination that another Palestine film has been nominated in the best Foreign Language category; both films were written and directed by Abu-Assad.

Omar follows a young Palestinian baker (played by terrific first-time actor Adam Bakri) who climbs up and jumps over a separation wall, referred to the separations of Palestinians towns in Israeli-occupied territories of the West Bank, in order to see his childhood friends Tarek (Eyad Hourani) and Amjad (Samer Bisharat) but especially, Nadia (Leem Bubany), the younger sister of Tarek. The three decide to kill an Israeli soldier when they are shot at when climbing over the walls. The secret police, Shin Bet, detail Omar the next day by the wall. In order for him to go back to his life and to be with Nadia, he must give up Tarek and/or become an informant. Omar struggles to hide the truth from his friends and his loyalty comes into question. Abu-Assad brings balance to his narrative using betrayal, paranoia, loyalty and friendship as themes to go along with the fast-paced romantic thriller.

“Four of the five actors had never acted before,” Abu-Assad said about his mostly non-professional cast (the only professional actor is Waleed F. Zuaiter, who produced and stars as Agent Rami). The casting process was very difficult, but all the actors proved to adapt quickly: “We had invited around 100 people to audition and then we brought another 20 back and then finally narrowed it down to the four. Adam came in seven times and had to do a different scene every time. We worked out many scenes in the rehearsal process and I think they did exactly what we wanted from them.”

Abu-Assad did not initially want to be a filmmaker, but he got the bug when he started seeing movies at the theaters: “When I was a kid, we didn’t have a television, but we would always go to the theater and watch a double feature. I remember seeing One Flew Over the Cuckoo’s Nest was I was 14 and that really had an affect on me.” He paused and reflected on how he got involved with film: “I got interested later on in telling stories that moved me, and started having feelings of wanting to be an artist to share these images of beauty, desire, but also very personal stories and that is what was my motivation of wanting to become a filmmaker, was I wanted to tell good stories that felt personal.”

Born in Nazareth, Israel, Abu-Assad later moved to the Netherlands where he started out as an assistant director in the early 1990s. I was interested in asking him about going back to making documentaries since there are some beautifully detailed camera work and plenty of hand-held shots racing though the streets and deep in the woods in Omar similar to traditional cinema-verite style, so much so that at times, it feels we are watching a documentary film instead of a narrative. He has mostly made narrative films in his career and he said, “I did a short doc called Nazareth 2000, and I may go back to do another called Nazareth 2015, but right now I am focused on doing narrative films, which I love. I have a couple that I will be working on, a Palestinian comedy and a United States feature from a studio, which I’m not allowed to discuss. With documentaries I have to have a certain feeling with or toward a subject and I would really need to go after it and follow it, but with narratives I can write and get other ideas to form another feature story.”

On the film website, Indiewire, chief film critic Eric Kohn called Omar, “The bleakest film in this year’s Oscar race isn’t, 12 Years a Slave or The Act of Killing, it’s Omar.” Describing Omar as bleak is too far off, but there is also something completely daring and hopeful within its story that will leave audiences discussing much of the compelling scenarios and coming to their own conclusions.

“I want the audience to feel engaged with every scene in the film,” Abu-Assad said about audience expectations after seeing Omar. “There is plenty of tension, love, betrayal and emotions in the film and I don’t want to them [the audience] going in one direction but to really think about it. I enjoy movies that are ambiguous and storylines that make you think about the situations and don’t have just a plain ending. If people leave talking about it and have conversations [about it] that’s all I’d like.”