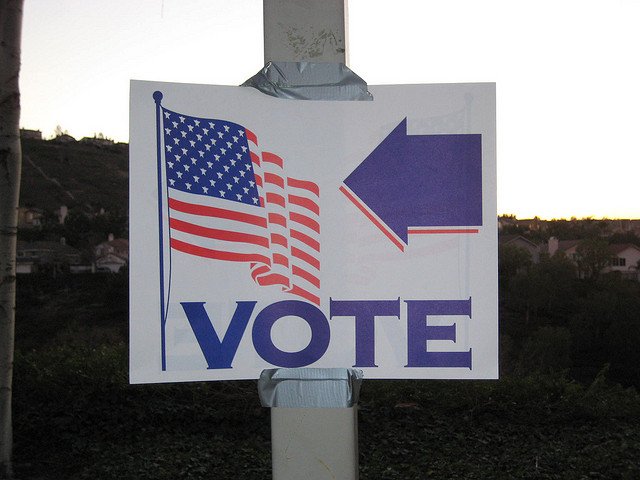 (Photo by Kristin A. published under Creative Commons License)

Hamline Chapter of the Minnesota Public Interest Research Group (MPIRG) wants to make voting less intimidating for those who have never voted before. The non-partisan organization works on informing and registering college students for Election Day.

“In reality, all elections are important. It seems that people think that if we aren’t electing the president that means whatever is on the ballot isn’t going to affect them. That isn’t true at all!” said Lizy Busta, a second year at Hamline University and MPIRG co-chair.

“All of these people on the ballot have a huge impact on our state, so it’s important to go and vote for who you think will benefit Minnesota,” said Busta. “The President of the United States isn’t the only person that works in the government and it’s important for people to realize that.”

In order to help inform college students MPIRG is hosting Voter Awareness Series, with several of this year’s candidates. Question and answer session have including Rep. John Lesch and his opponent Lizz Paulson. Rep. Betty Mccollum and her opponent Sharna Wahlgren will be present at Hamline on Oct. 30for the series.

Busta hopes that college students will recognize the power they have and vote. “I think a lot of college students feel powerless when it comes to what goes on in the world around us. The problem is nobody knows what to do, they think the system is awful, so they back away from voting,” she said.

To encourage student turn out, MPIRG has approached more than 50 classes at Hamline in order to spread the word on voter registration and plans to table on Nov. 4. The organization is also asking students, staff, and faculty to fill out pledge cards to vote. So far, MPIRG has received 300 pledges and hope to receive more as Election Day draws closer.

For Busta, the 2012 election serves as a great reminder on the power college students have. “Voting is a way to stand up for what you believe in,” she said. “There’s a whole lot of us, and the more of us that start getting out to vote, the more of an impact we’re going to have and in return what we want is going to be taken seriously.”