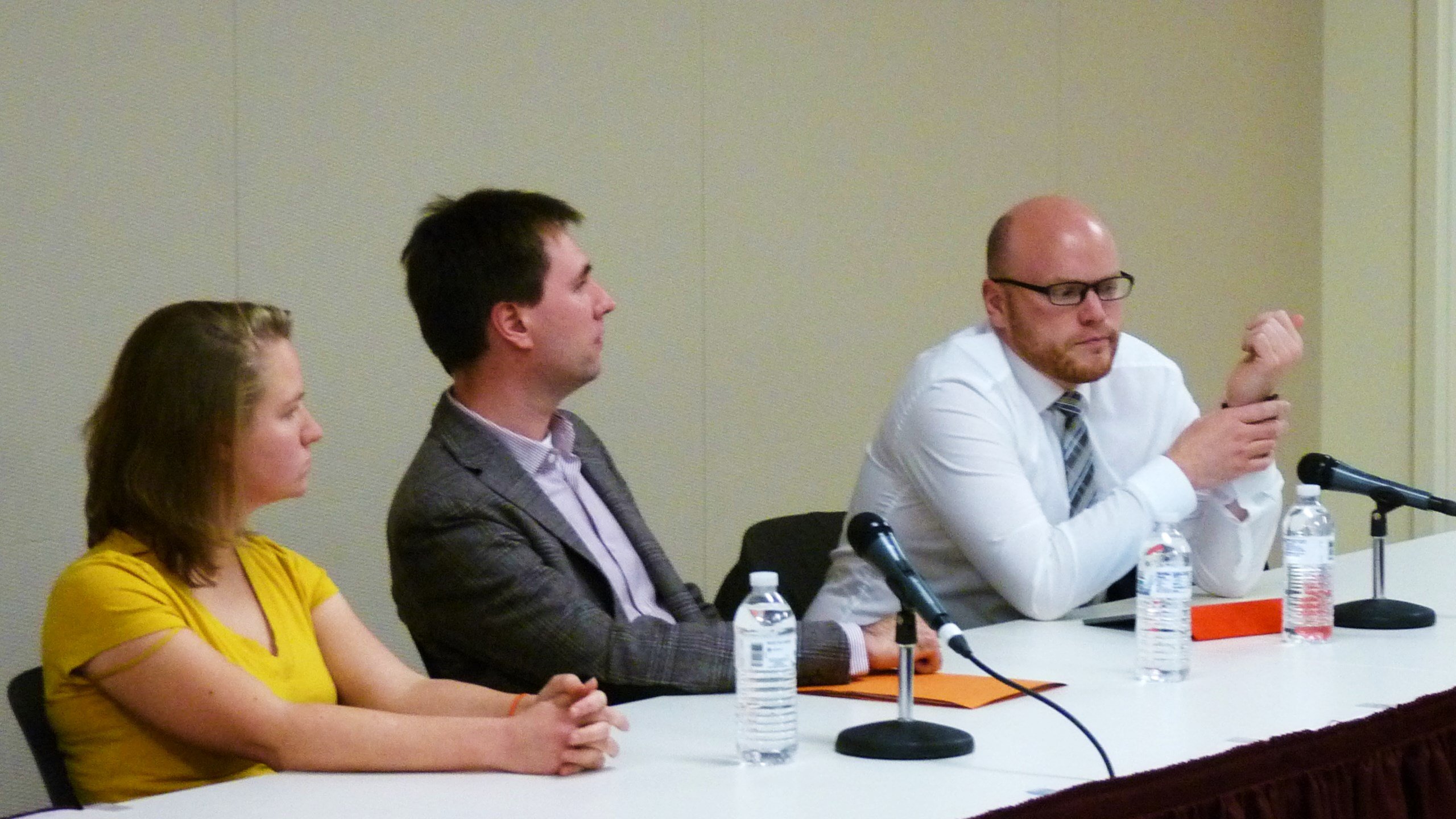 The discussions covered a wide range of aspects of social media: from their influence on conventional media to their role in enormous international events, such as the Arab Spring. From academics, including Dr. Michael Jäckel (President of the University of Trier) through journalists, including Ann Alquist or Ahmed Tharwat (Arab-American TV), and activists such as Maya Dusenbery (Feministing), and public employees, such as Graham Lampa (Department of State), viewpoints varied and showed the difficulty of living in a world with easily accessible and democratized tools of social media.

The common theme of the conference sessions was the importance of direct participation of the citizenry and, at the same time, audience in ways that were not easily achievable before social media became so widespread, including the production of information and media content.

The exhaustive analysis of Social Media left no place for excessively optimistic or pessimistic claims. While Tharwat and Dr. Leila DeVriese – professor at Hamline University and expert in the role of Social Media in Middle Eastern politics – explained their huge influence in the Arab Spring, hints of realism were also highlighted.

Relating to current situation in Egypt and the power of Abdul Fatah al-Sisi, Tharwat said: “What we witnessing today is the defeat of Facebook (…) When you look at the most successful movement in Egypt they used traditional media.”

On the other hand, Dr. DeVriese used the example of Bahrain to show that the potential ties to promote social movements through social media are not necessarily strong enough to make the change happen.

The Arab Spring was not the only social media-related phenomenon considered. Dr. Christa Ward, from Walden University, discussed the possibility of using of Skype for educational purposes; Dusenbery and Lampa linked social media to topics more closely related to American citizens, such as feminism and reproductive rights movements and outreach to “regular people” from the administration, respectively; Alquist and Dr. Jäckel considered the coexistence of conventional and new media in a “judging audience” environment, such as the project of introducing social media tools into PBS on-line broadcasting to guarantee the sustainability of the channel. The variety of topics reflected in the panels demonstrated repeatedly the will of the audience to participate virtually in the society.