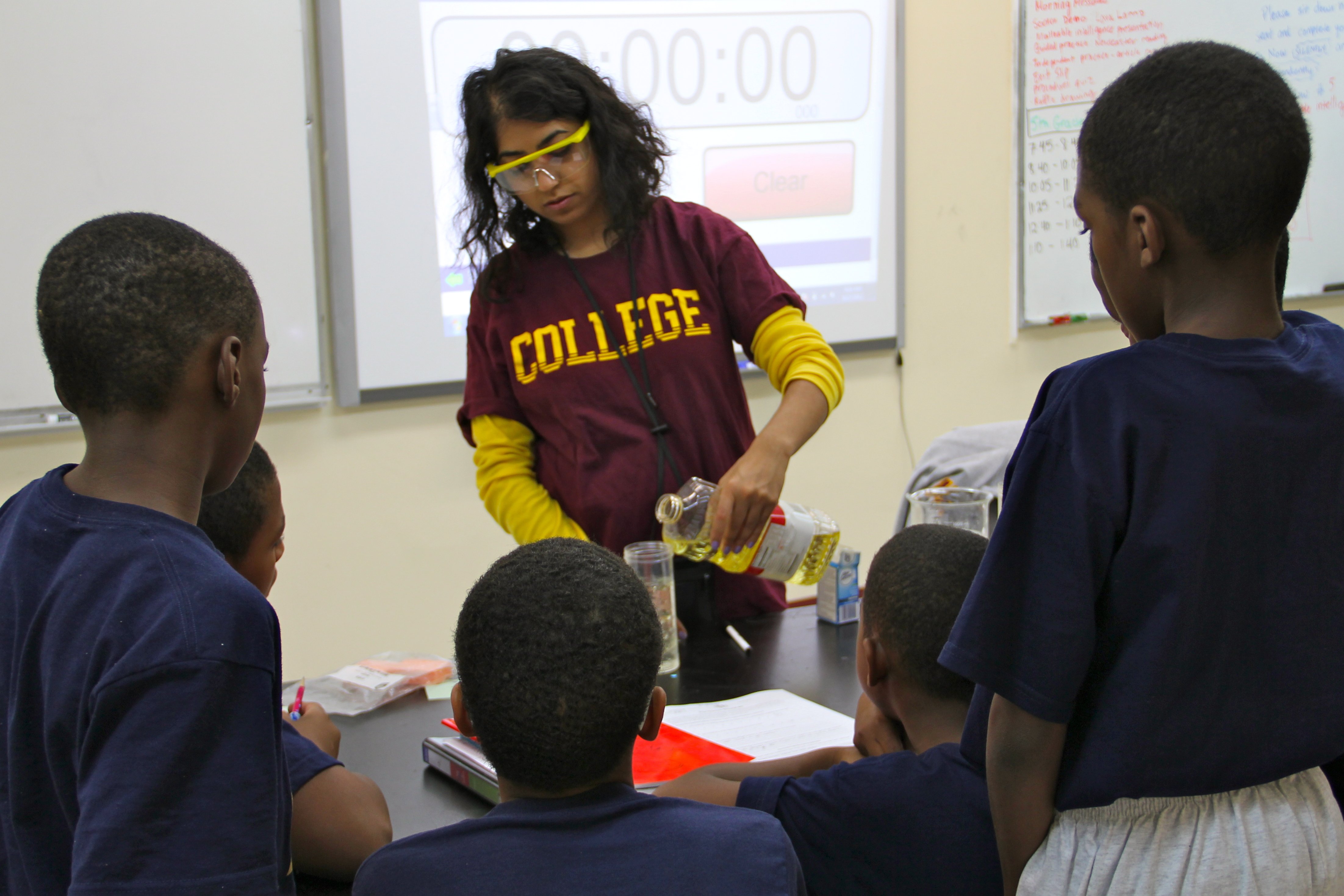 Teach for America is currently in talks with Hamline University about the partnership the two share, as TFA conducts its summer training “Institutes” in locations around the United States. For now, the TFA/Hamline partnership will continue, but TFA is also hoping to partner with the University of Minnesota, possibly in order to locate a training institute in Minnesota.

TFA and Hamline have been partners since 2009, when TFA first came to Minnesota.  Since that time, according to Hamline, 152 TFA recruits have enrolled in the program, and “more than 140” of them have completed the two year commitment. TFA’s public relations person, Jackie Primeau, offered slightly different numbers, saying that “We had 142 corps members total enter classrooms in the Twin Cities from 2009 through 2011 and 120 completed their two year commitment.” These numbers, from Hamline and TFA, do not include the 39 TFA corps members who worked in Minneapolis classrooms in 2012.

Hamline University’s School of Education acts as a host for TFA recruits; they enroll in a post-baccalaureate program and work on obtaining licensure while working as TFA-trained classroom teachers. TFA recruits are required to become traditionally licensed teachers through Hamline by the time their two-year TFA commitment ends. Some may then opt to take a few more courses in order to get a master’s in education.

Crystal Brakke, Executive Director of TFA-Twin Cities, considers TFA’s experimental program at Hamline to be “…directly aligned with the School of Education’s commitment to prepare teachers to work effectively with underserved populations.” She also sees the partnership as offering “significant benefits” to TFA, such as providing access to the “expertise of great educators.”

The mission to work with “underserved populations” is at the heart of one Hamline professor’s concerns with the TFA partnership. Cynthia Lundgren, who is an Assistant Professor of Second Language Teaching and Learning at Hamline, has over 32 years of experience as an ESL educator, K-adult.  She currently teaches at Hamline preparing future ESL teachers.

Lundgren, who teaches both TFA and traditional students in her education classes, focuses her critique of the partnership around what she calls TFA’s mission to “promote teaching as a short-term thing.” In Lundgren’s experience working with ESL students, she believes that people who make a “thoughtful decision” to become teachers are the ones most likely to bring the “longevity, relationships, and commitment” to education most needed for student success.

An example of this for Lundgren is one TFA/Hamline student who was sent to work as a kindergarten teacher in an ESL classroom at a Minneapolis charter school. According to Lundgren, the student had no particular training in either kindergarten or ESL and spent most of his extra time preparing for a post-TFA LSAT exam.

To Lundgren, the main problem with this is that the children in that classroom missed out on a vital year of pre-literacy instruction appropriate to their age and language acquisition needs. She questions the fairness of placing TFA recruits who are “not interested in working with marginalized children” in such teaching environments and fears that, for such TFA recruits, their two year commitment is more of a stepping stone to something else than a step in to a future in education.

On the flip side of this, Lundgren also maintains that she has had strong TFA recruits who are committed to ESL education in her classes. Two of these, Sara Pimental and Lizz Done, have been working as ESL teachers in the Minneapolis Public Schools while simultaneously taking Hamline education courses.

For Pimental, becoming a TFA corps member was a financially feasible way to become a teacher. She says that her level of undergraduate debt was so high that she “…probably would not have become a teacher without TFA.” Through TFA, Pimental gets a starting teacher’s salary from the Minneapolis Public Schools. TFA, through its partnership with AmeriCorps, also provides an education allowance to help off set the cost of a program like Hamline’s, which provides the TFA corps members with the traditional licensure needed to have a teaching career beyond their two-year commitment to TFA.

For Done, TFA was a faster route to teaching since, according to Done, “the licensing requirements in MN are so high” that it would have been difficult for her to enter the profession. TFA, then, provided an immediate entry into classroom teaching.

Both Done and Pimental offer a mixed view of the Hamline program. Done says that “there are some classes that have been extremely helpful and practical to daily teaching, while others are very theory based and seem less applicable to what teaching is in reality.” Pimental echoes this by mentioning all she has had to learn “by default” on the job, ahead of what she has learned in her Hamline courses. Pimental and Done also mentioned the importance of the guidance they’ve received from the professional development the Minneapolis Public Schools provides.

Done and Pimental, who used TFA’s financial benefits and faster route to teaching as a way in to the profession, both say they are committed to remaining teachers and will stay in the Minneapolis Public Schools. This would please Hamline’s Lundgren, who feels strongly that ESL students, like all children, deserve an educational environment where teaching, as a profession, is supported, developed, and recognized as a key ingredient in overall success.