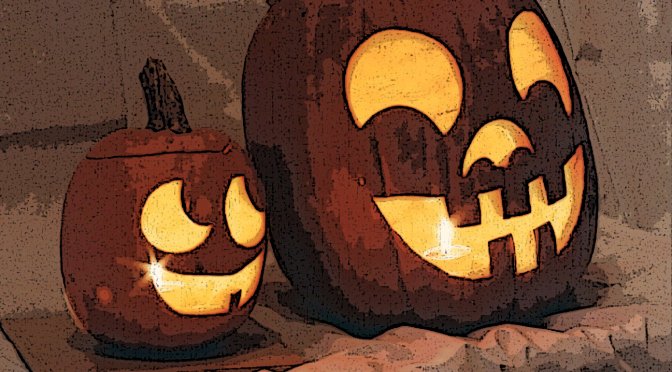 My 13-year-old daughter is very excited that Halloween is on Friday night this year.

She asked me about the origins of Halloween and I being a good recovering Catholic coming from a good Catholic household knew that Halloween is the celebration of the fighting from the spirits on the day before all souls day.

On all souls day heaven comes down and takes the good spirits directly to heaven with no stop in purgatory on the way but if you’re not  a good spirit you may end up going to hell instead.

My father was a person who was involved in activities at the Catholic church and was asked on numerous occasions to spend the night of all souls day in church guarding against the possibility that the spirits could be taken to evil places if they were not guarded properly.  This evolved into our wearing costumes and hiding from the demons.

When people from other parts of the world, and ask what is this Halloween holiday it’s a hard one to explain.

“Well we have the children dressed up as ghosts and goblins and they go knock on peoples doors and threatened that we will trick you if you don’t give us a treat and beg for candy expecting for the house to be prepared for our begging.  Some of the side benefits are that you can go to someone’s house you don’t like and toilet paper their tree sold their windows egg their cars and do awful things to people in the name of the holiday tradition.”

I remember my favorite costume was that of a pirate in fifth-grade complete with big blousey sleeves on my pirate shirt.

In later life I went to the barbershop and got hair clippings to glue on  along with a putty nose to complete my Wolfman attire.

At my house now if I get 10 kids it’s a big year – this is because of my long driveway.

My work associate took great delight in hiding in the bushes outside his house so that when children came to get candy from his wife at the door upon their turning around to leave the house he would spring out with raised hands and yell boo and make them cry and run away sometimes dropping the candy bags they were so scared.

It makes me think that I should start contemplating my costumes once again.  The only thing that’s kept me from doing it is the realization that it’s just going to be for those 10 kids to come down the driveway.

What would you be if you could?