There are, of course, many perspectives about realities in Haiti. Following are three for the second anniversary of the earthquake, January 12, 2010. Comments are solicited. Access here.

The Haiti micro-finance Fonkoze had a very interesting one hour Webinar on the situation ‘on the ground’ in Haiti on January 11, 2012. It can be heard/seen online here.

A significant book, Tectonic Shifts, released this week, gives many perspectives on the aftereffects of the Haiti earthquake. Details including full description of contents here.

My personal thoughts: Today is the second anniversary of the devastating earthquake in Haiti. A year ago we had Bell Ringing for Haiti at the moment of the earthquake. It was very successful. This year there are any number of commemorations of the awful event.

Haiti recovery continues, though slower than desirable. There have been and continue to be many very serious problems.

I choose a ‘good news’ message this year.

In October, 2011, my friend Paul Miller sent the following photo, taken June 1, 2011, somewhere in the Port-au-Prince area of Haiti. 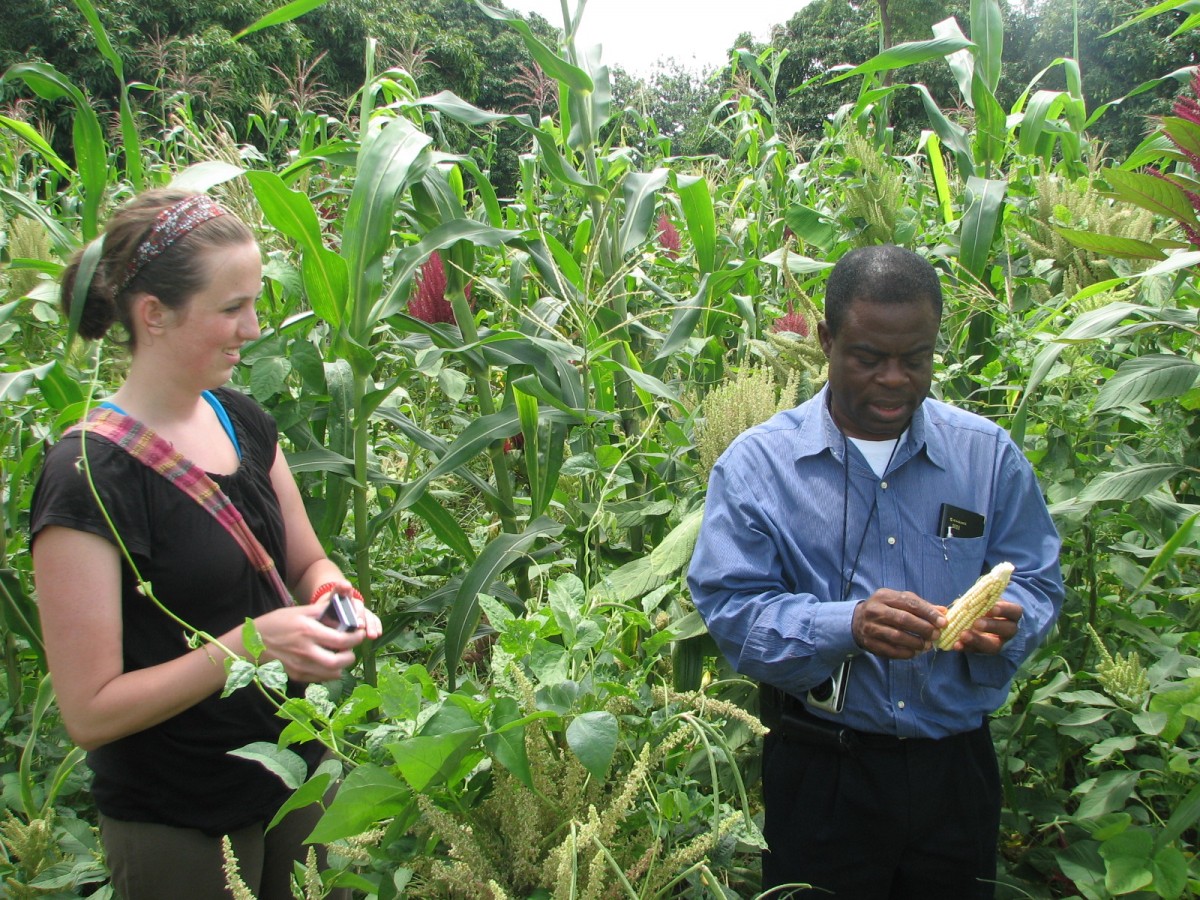 The photo was of Paul and Sharon Miller’s daughter, Natalie, with Lavarice Gaudin of WhatIf? Foundation, looking at locally grown Haitian agricultural produce to be used for the food program at Ste. Clare church in Port-au-Prince. (You can read the WhatIf? and Ste. Clare story here.)

This photo is a shining sign of hope for Haiti.

In November, Lavarice came to Northfield MN as a guest of the Haiti Justice Alliance, and on November 9 we heard him speak at the University of Minnesota. 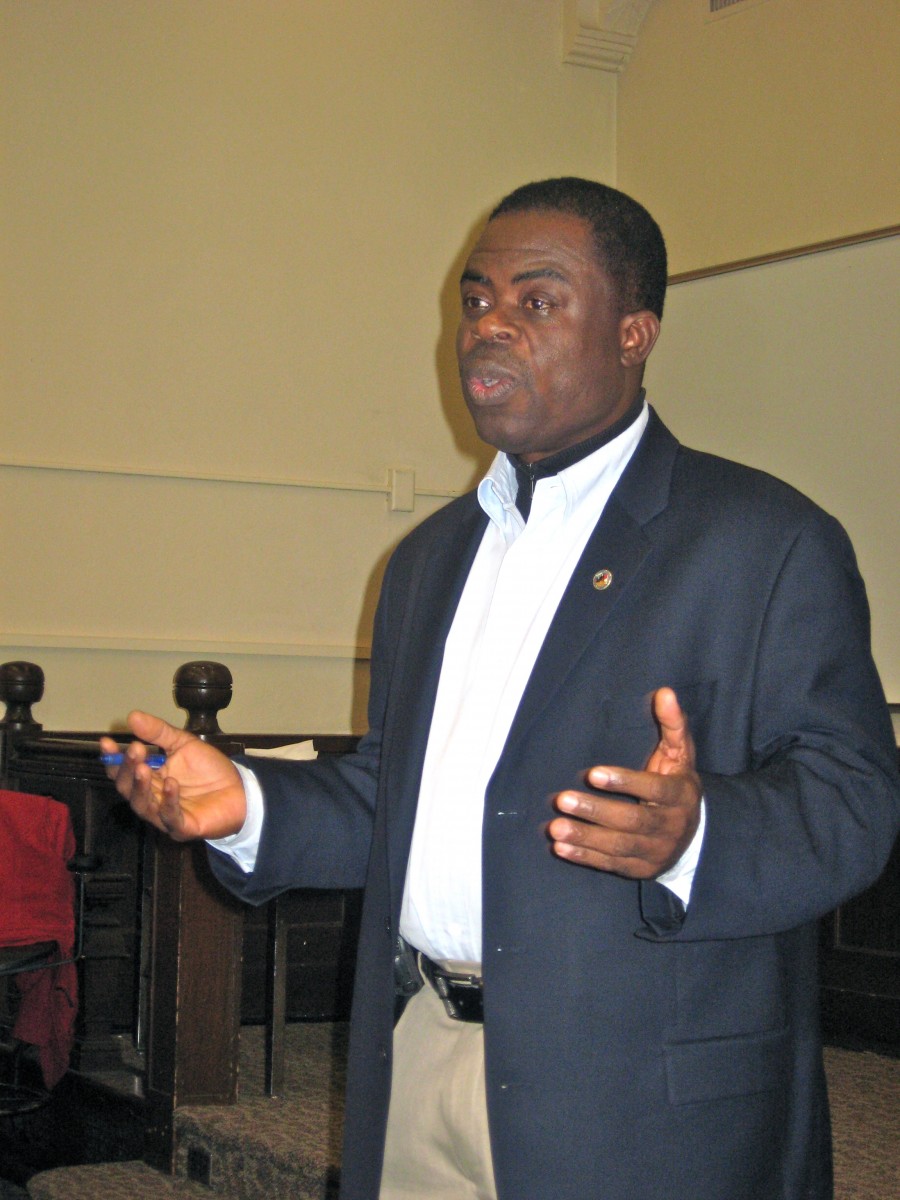 I’ve been around the Haiti Justice community long enough to know the drill: there is injustice; you can go to Haiti and see injustice; someone comes from Haiti to speak about injustice. And the injustice continues.

But I’ve been seeing increasing evidence that the action conversation between Haiti and the massive number of NGOs involved in Haiti is slowly but perceptibly changing, and WhatIf?/Lavarice Gaudin/Haiti Justice Alliance together are one piece of what I hope is increasing evidence of change from a charity to a justice model of outside involvement in Haiti.

Lavarice – who we first met in Miami in March, 2006, on a visit with Fr. Gerard Jean-Juste – is native Haitian, college graduate. I had the privilege of meeting Fr. Jean-Juste at Mass in his Ste. Clare parish in early December, 2003, subsequently following his life through trial and tragedy…imprisonment and ultimately death at a too-young age. On that March, 2006, visit, I was put in touch with Fr. Jean-Juste through Lavarice Gaudin, who in turn I had learned of through passionate Haiti advocate and Haitian Marguerite Laurent (“Ezilidanto” in one of the google references to Jean-Juste, above).

I mention all of this because there are endless networks between the U.S., other countries, and Haiti. Unfortunately, the dominant ones, as our own government, have too often been negative and oppressive and dis-empowering to the Haitians.

But there are very positive networks as well. They don’t all agree on tactics and strategies, but the important thing is that they are working tirelessly for justice, part of which requires self-determination for the Haitian people, who have been denied that self-determination.

I was attracted to that photo of Natalie and Lavarice because of the many things it symbolized.

Here was a young, idealistic, American college student, an intern for WhatIf? Foundation. Here also was a Haitian with lots of talent and lots of ideals who moved easily in the U.S. and in Haiti, and who had come back to Haiti to work for a more secure future for the people of his country.

And here, symbolized by the growing corn in the field, was a Haitian farmer, who if I recall Lavarice’s words correctly, was paid for use of his land, and also paid for the produce of the land, which was in turn used to feed the people of Ste. Clare.

Certainly, this is just one example, of many, but it is an example.

A couple of days ago I had occasion to use that warm Haitian proverb, common in many cultures: “Men anpil, chay pa lou” (“Many hands [make] the load lighter.”)

This proverb presumes people working together, not at cross purposes. Many hands fighting each other does not make “the load lighter”.

The road to change is long and very, very difficult, but I hope that year three after the earthquake will bring more and more progress and true recovery to the wonderful people of Haiti. 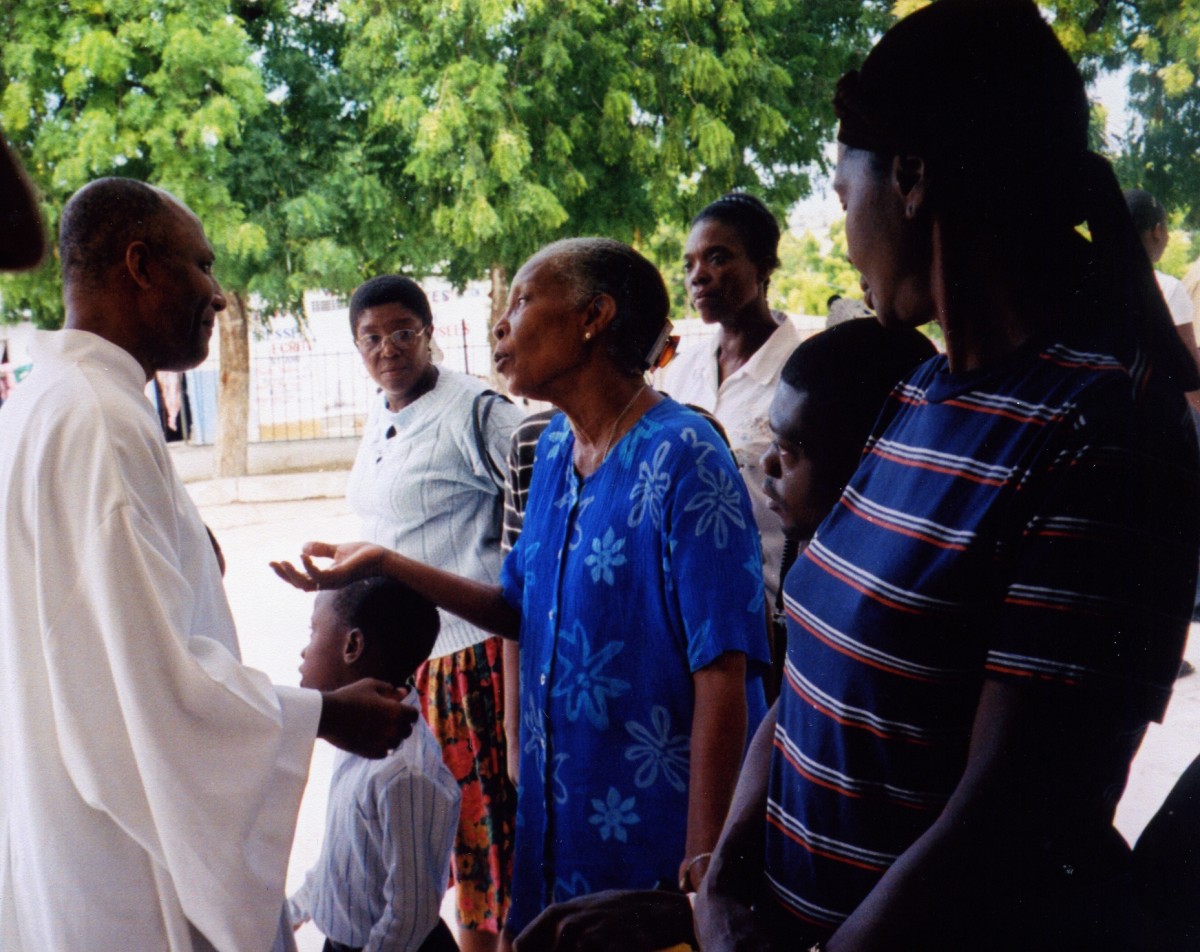 Enter the word “haiti” in the search box of this blog and you will find many references to Haiti.

My personal web site re Haiti is here. It includes a comparative map, and historic timeline. Yes, it needs updating….