About this time of year in 2002, Paul Miller and I met each other at a meeting, and we learned we lived in the same community.

Paul was already active in the cause of Justice for Haiti, and over the coming months he began to urge me to visit the island Republic with him. It took a while. Though I was a geography major, I needed to re-learn where Haiti was, and a little about it.

Finally, Paul won me over, and on December 6, 2003, we landed in Port-au-Prince, just in time to see the democratically elected government of Jean-Bertrand Aristide begin to fall to a foreign state sponsored coup d’etat, which ended with President Aristide and his wife being spirited out of the country in the middle of the night, early Feb. 29, 2004, aboard a U.S. aircraft, with a final destination in the Central African Republic. (I guess, though I don’t recall it, that I’m the one who told Paul that Aristide had been taken out of the country.)

Our week, December 6-13, 2003, was an extraordinarily rich learning experience, which gave lots of direct context to assess the later reporting, which left out the positives we had experienced: our context simply didn’t fit the official U.S. narrative….

For those with an interest, there’s tons of information readily available from the Aristide government point of view. Don’t stop with the “official” U.S. narrative.

Following the photo are’s Paul’s thoughts, and following those, a link to my own reflections written late December, 2003, on our memorable week in Haiti, December 6-13, 2003. 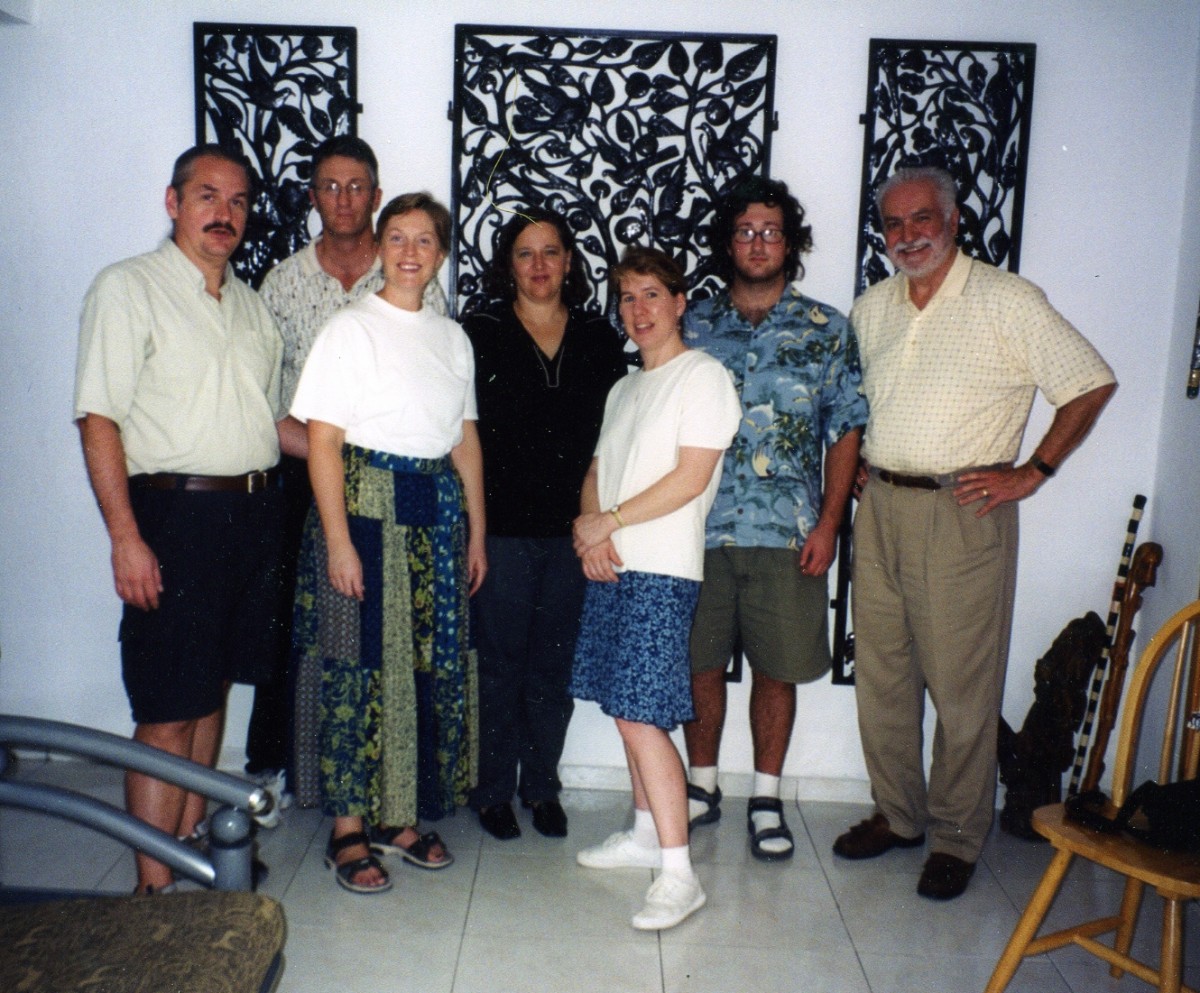 I remember very well where I was when I learned that President Aristide had left Haiti in the early morning hours of February 29, 2004. It was my “where were you when you heard JFK was shot” moment, although I have that memory, too. It was at Caribou Coffee in Woodbury, Minnesota and my friend, who had traveled with me to Haiti in December of 2003, 3 months earlier, informed me that news reports were saying that Aristide had left Haiti. LEFT HAITI? No way, was my first thought. I did not think that Aristide would ever abdicate his presidential term in Haiti by his own choice after the 1991 coup against him and his 1994 return. Stunned and devastated would accurately describe how I received this most depressing news.

The facts would come to show that my instincts were right. President Aristide had no intention of leaving Haiti on that night or on any night during the remaining time of his presidency. Clearly he DID NOT leave that night of his own volition. You can choose to believe whatever you want to believe about US actions on this day and about US actions towards Haiti on any given day. However, if you choose to value the truth, then you will accept /learn that the facts show that Jean Bertrand Aristide was removed by US force/s and yet another coup d’etat took place in Haiti. The only real evidence offered of an alternative scenario are the self serving statements from those at the top of our government, chiefly George W. Bush, Donald Rumsfeld and the sycophantic Colin Powell.

It’s not ancient history, like a lot of our nefarious actions towards Haiti. It was 8 years ago. Yesterday it was announced that President Aristide is being investigated for drug violations. Our hypocrisy really knows no bounds. What a coincidence that once again we are challenged to question Aristide’s integrity and ethics rather than to be reminded that there was a US sponsored coup that undermined Haiti’s hope for democracy and stability on this day, 8 short years ago.”