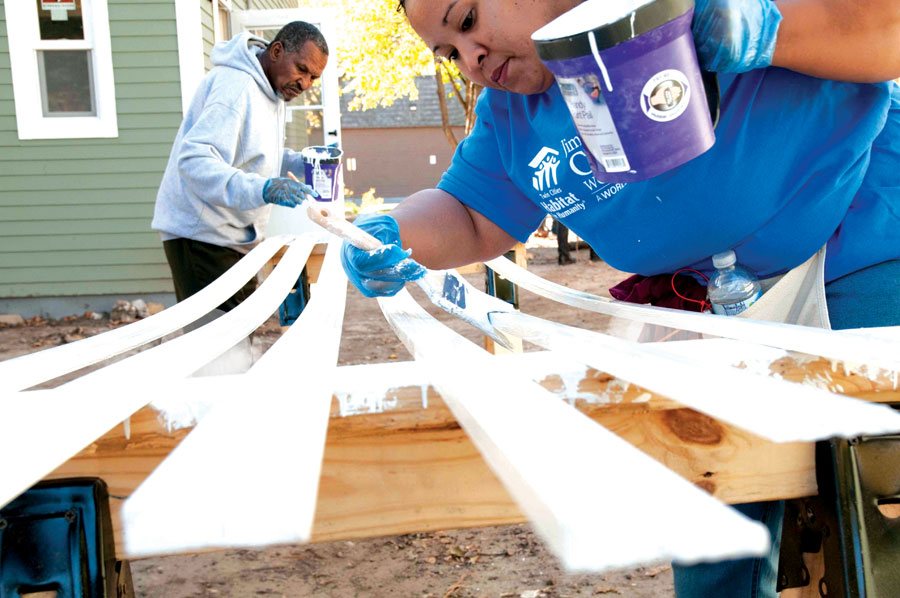 For many families, owning a home is considered a financially unattainable goal that can only be achieved with the help of an unexpected cash windfall, or some sort of miracle. However, with Habitat for Humanity’s Affordable Homeownership Program, owning a home can become a reality for people who might not meet the financial qualifications required to purchase a home through the traditional bank loan process.

For low-to-moderate income familes, being able to take care of basic living expenses — which typically includes rent, utilities, food, clothes, and transportation — is about all the budget allows. But the Habitat for Humanities program offers interest-free mortgages for participants; the monthly mortgage payments are no more than 30 percent of the family’s total household income.

While those terms sound great, there is a process involved, and there are some requirements that must be met to qualify for the program. Moreover, the true value of the Affordable Homeownership Program can only be measured by the number of families in need that it actually provides assistance to. What good is a program if no one takes advantage of it, or if families who qualify for participation aren’t even aware of it? 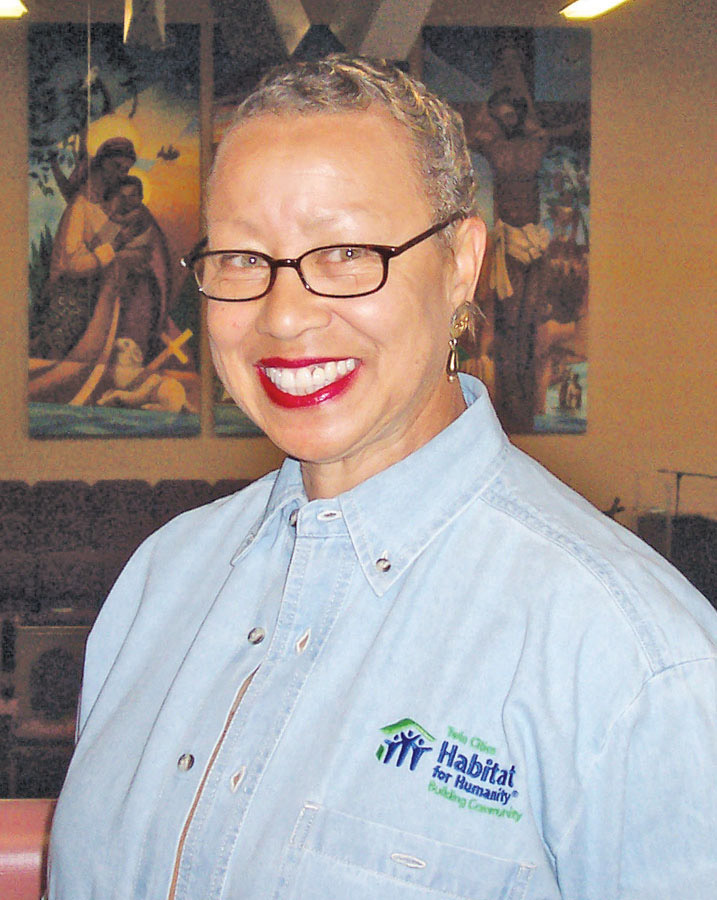 Right: Jeanne Harris is a community outreach worker for Habitat for Humanity. (Photo by Jamal Denman)

Luckily, the Twin Cities Habitat for Humanity has someone like Jeanne Harris who does community outreach work on their team. Harris describes herself as someone who “has a caring heart for people in need,” which is backed up by her history of educational and professional pursuits.

She earned her bachelor’s degree in social welfare administration and her master’s in urban and regional planning. Harris has ran her own nonprofit organization since 2002 called LIFE! (Learning Is Fun Everyday!). Her background is a combination of social service, education, and community development.

Always looking for learning opportunities, she is currently a student at Bethel Seminary enrolled in the Community Ministry Leadership Program, which encourages community engagement from a faith-based perspective. Harris became involved with Habitat for Humanity after seeing a job posting during an online job search. She applied for the position twice.

After initially applying, she thought, “I’ve lived in North Minneapolis for over 10 years… I don’t want to be bothered with North Minneapolis politicians. There’s such infighting that goes on over here, and the people are always the losers.” She wrote a letter to Habitat to withdraw her name from consideration. More than a month later, she saw that the position had still not been filled.

“I am a very spiritual person, so I [feel] the Lord meant for me to have that job,” Harris says. After reapplying and interviewing, she was offered the job.

The majority of her time since landing the job in February has been spent canvassing areas and getting the word out to the community about the programs and services Habitat for Humanity provides. She has been diligent in making sure people in the community are aware of the process for participating in the Affordable Homeownership Program.

The first step is attending a homeownership exploration session, essentially an informational orientation session. These sessions are held monthly rotating between Harrison Park in North Minneapolis, Rondo Community Library in St. Paul, and the Habitat for Humanity headquarters. Harris especially encourages people who think they would not qualify for reasons outside of being able to afford making the monthly payments to apply.

“A lot of people don’t apply because they are afraid; fear paralyzes them. They think, ‘I owe this,’ or ‘I got a bad credit rating. I’m behind on this bill.’ And we tell them at the session that all of that can be fixed. That’s why we need you to fill out this [application] form and let us pull your credit, see what your issues are, and we can help you clear [any issues] up.”

A person’s eligibility and chances for being selected to participate in the program is based on their ability to make the monthly payments, their housing needs, and agreeing to put in sweat equity and partner with Habitat for Humanity.

Harris is working with her pastor, Reverend Dwight Seawood, senior pastor of Fellowship Missionary Baptist Church in North Minneapolis, to get the word out to the community. Seawood was appointed as a member of the board of directors for Habitat for Humanity around the same time Harris was hired as a community outreach associate.

“It was a series of meetings. I can tell you who was instrumental in [setting up meetings with Habitat’s board] initially — Father Michael O’Connell, pastor at Ascension Church,” says Reverend Seawood, explaining the review process he went through to become a board member. The reverend believes in developing relationships outside of the community to help strengthen it.

Seawood and Harris are also working hard to get members of the church — many of whom live outside of the ZIP code Fellowship Missionary is located in — more involved with the community. “We need to come within these four walls and go out into the streets, go out into the community where the needs are,” Harris says. “Not everybody goes to church, but they still have needs, and we are our brother’s keeper.”

According to Kristin Beckmann, vice president of programs and services for Twin Cities Habitat for Humanity, their staff that work with homeowners and home buyers are comprised of approximately 20 percent people of color, a number she says they are looking to increase.

“That’s not enough; I have a personal goal of hiring more people of color in our division,” says Beckmann. She says that they are actively searching for outlets that help them inform communities about employment opportunities.

Of the 23,000 volunteers, Habitat for Humanity does not collect any information on their race, age, or gender, so there is no hard data on the levels of diversity amongst volunteers; but they do encourage people in the community to get involved and volunteer.

Harris believes that homeownership has a greater effect on people than just giving their families a place to live. It has an impact on the community and its future. Harris insists that “we need to stop making everybody else rich; we need to stop paying other people’s mortgages and start making an investment in ourselves, in our communities, and in our children. We know that our greatest single source of wealth is our home.”

To find out more about the programs and services Habitat for Humanity provides, or to volunteer, call 612-331-4090 for more information.