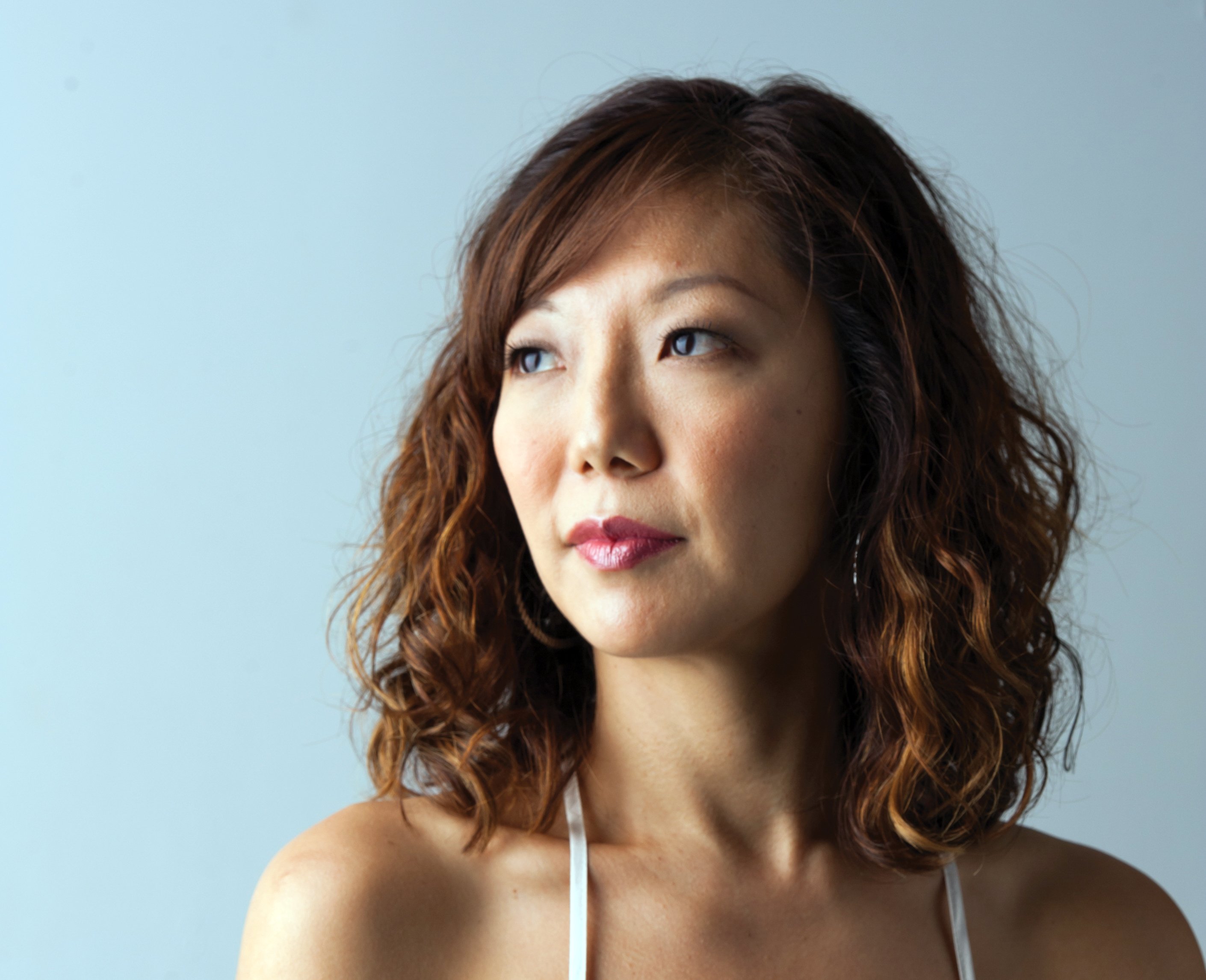 Strive for one as we may, there’s really never a finish line in sight when it comes to the search for one’s true self. The same existential questions keep nagging at us for the entire short time we’re here, each adding layer upon layer of doubt that make it hard for any of us to know our innermost core. Who am I? What’s my purpose? Who would I be if things were just a little bit different?

For adoptees, especially those who came from an entirely different culture and are given American names like Rachel, those same matters of identity take on an even more insurmountable amount of weight. Who were my birth parents? Why did they give me up? Is who I am now even who I’m supposed to be?

There’s a strength and quiet courage in the way Sun Mee Chomet addresses these issues in her terrific one-woman show, How to be a Korean Woman, now playing through September 24 at the Guthrie Theater. Armed with little more than a couple of chairs, a projector, and a scarf, Chomet follows her impulses beautifully to find a satisfying balance of humor and heart in the story of her search for her birth mother, creating a show that’s at once moving and bittersweet.

Chomet (you may remember her as Antigone in the Guthrie’s 2011 Burial at Thebes or from any number of her many memorable Twin Cities roles) is refreshingly pragmatic throughout the show, seemingly confident enough in her own performance to let her words remain elegant in their simplicity and unconcerned with overly flowery poetics. This serves her well, not only in allowing her to seamlessly ping-pong among a multitude of characters (including adoption agents, reality TV hosts, and aunties), but also in allowing How to be a Korean Woman’s tonal shifts to be almost invisible to the naked eye.

Take for instance an early scene in which Chomet finds herself thin on leads in the search for her birth mother and ends up on a Korean reality show called I Miss That Person. There’s an obvious horror in allowing something so deeply personal to be revealed on such a public and presumably tacky stage, but Chomet instead uses it as a moment of levity (her “so sad” line reading in Korean announcer voice is hilariously spot-on) before delivering a wallop of an emotional moment through her impassioned televised plea to her mother in just a matter of seconds. Later on, Chomet turns a lightweight scene recounting a whirlwind trip through a Seoul megamall with her birth mother into a thoughtful examination on how different of a person she would be if she didn’t grow up with a feminist adoptive mom in Michigan who taught her to ignore makeup because she was “beautiful on the inside.” For Chomet, there’s a push and pull to everything. The real interesting material is what rests in the middle space.

How to be a Korean Woman avoids a flirtation with the melodramatic and manipulative, but Chomet is too dynamic and skillful of a performer to let her audience walk away from her story untouched. Late-in-the-show revelations are absolutely gut-wrenching and devastating, but the true power in the production derives from the crisis of self Chomet is left with even as she learns more about her roots: We could all be entirely different people if our circumstances were altered. How do we know our authentic self?

For Chomet, there’s only real solution is to keep searching.