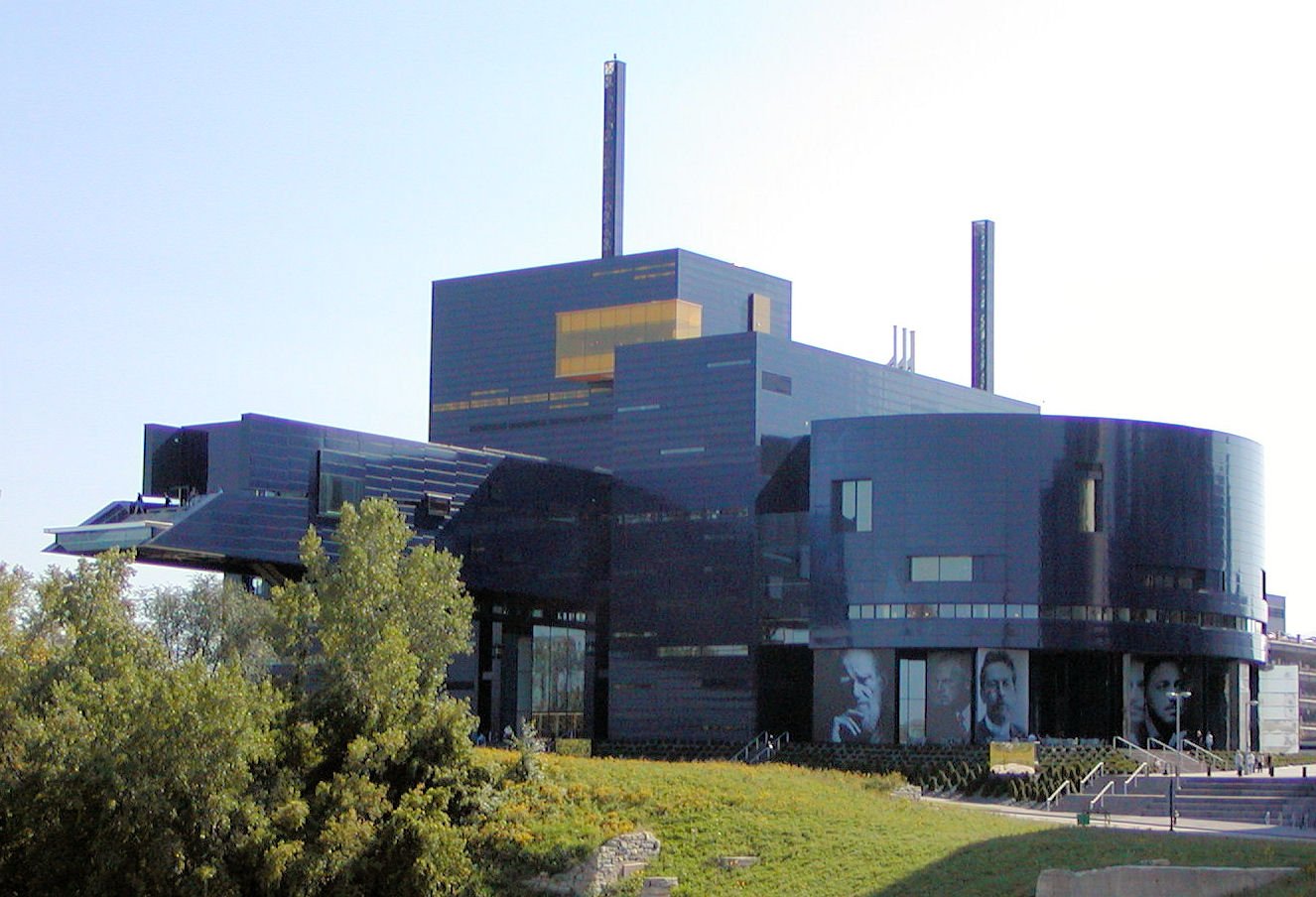 The Guthrie Theater’s iconic building on the banks of the Mississippi River. Much of the building will be converted into condos under a plan announced Wednesday morning.

In a stunning press conference this morning, the Guthrie Theater announced that it is returning to Minneapolis’s Lowry Hill neighborhood and converting part of its iconic building on the banks of the Mississippi River into condos. These twin measures, some of the most far-reaching in the company’s 52-year history, sent shockwaves through the Twin Cities theatre and Downtown East communities.

The first part of the plan, constructing a new theatre complex near the Walker Art Museum, is a return to the Guthrie’s founding roots and location for decades. (The Walker’s parking garage sits on the site of the old theatre.) This new complex, tentatively named Guthrie 2.0, will sit above the I-94/Hennepin Ave/Lyndale Ave interchange, long an area eyesore and transit bottleneck. After initial plans to redesign the corridor were rebuffed by area residents, city and state officials met with the Federal Highway Administration to draft a new plan that will completely redraw it, covering up I-94 with a series of public parks and the new theatre complex, as well as an expansion of the Walker Art Museum.

Judging by questions at the press conference, the most controversial portion of the plan is not the move to build a new theatre complex, however, but the conversion of part of its iconic building to condos. The Guthrie moved to its current location in 2006, consolidating its operations in distinctive new building designed by French architect Jean Nouvel. Its blue beautiful exterior, Endless Bridge overlooking the Mississippi, and award-winning restaurants fueled a rebirth of the Downtown East area – and, in the intervening decade, won the love of visitors far and near.

As part of the plan, to be phased in over the course of five years, two of the Guthrie’s stages will move to the new theatre complex between Loring Park and the Walker Art Museum. Condo conversions will respect the original spaces, with what are currently onstage areas reserved for the building’s common spaces and the seating areas turned into condos with state-of-the-art amenities. A series of light pipes will also draw sunlight into the building interior.

A series of sketches and proposed floorplans unveiled at the press conference showed a series of “opera box”-type condo units in the theatre’s signature thrust space, overlooking an indoor garden onstage. What is now the proscenium stage will include a variety of 1- and 2-story units ranging from 500 to 2,000 square feet. Two “crown jewel units” on the Endless Bridge will be the last to be sold, with an expected purchase price of at least $25 million each.

Full financial details were not available, but the sale of condo units is expected to produce at least $500 million in revenue after costs, only 25% of which is expected to be required for the Guthrie 2.0 complex. The remainder will be added to the Guthrie’s endowment, vastly increasing the organization’s ability to underwrite operating costs each season. In addition, the Guthrie Theater itself will retain a controlling interest in the property, whose condo fees will also subsidize its bottom line as long as the building continues to stand.

Of the Guthrie’s three current stages, only the black box space will remain to be used for experimental works at night and pieces performed in repertoire for matinee audiences. No details on the fate of the Guthrie’s offices and workshops across the street were revealed at the press conference. The first condo units are expected to be available for sale on April 1, 2017, with additional units coming onto the market as different parts of the Guthrie 2.0 complex open for operations.