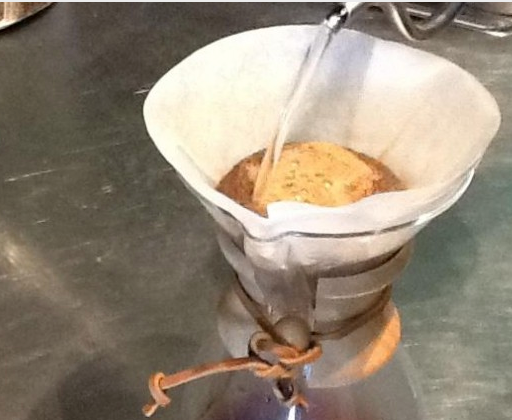 Talk about a bottomless cup — at Groundswell Coffee in the Hamline Midway neighborhood they’re taking it to extremes. $1000 buys you membership in the Founder’s Club, and one free beer, glass of wine, or cup of brewed coffee every day for the rest of your life.

“There were two things we wanted to accomplish,” says co-owner Seth McCoy, “raise the build-out capital, and engage in some good, old down-home, grass-roots fundraising.” McCoy figures it would take about three years of daily beverages for your investment to pay off.

Groundswell, located at the corner of Hamline and Thomas in St. Paul, intends to expand both their space and their menu. Now that Borealis Yarns has vacated its adjoining space, Groundswell plans to extend their seating area into the entire commercial space on the southwest corner of the intersection. A new bakery and additional kitchen facilities will allow them to offer a larger selection of their signature robust local foods.

When Groundswell opened in December 2009, McCoy and partner Tim Gilbert were the fourth owners of the coffee shop in eight years. Both men are neighborhood residents. McCoy characterizes the area as having a “vibrant, down to earth feel,” and a stimulating mix of people.  “I’m not trying to create community,” says McCoy  whose background is in ministry “the community is already here.” Their goal is to provide a place where local people can gather over local food.

They are expecting a crowd of neighbors on Saturday March 2, from 10 a.m. until 1 p.m. when they’ll be holding a Sneak Peak Open House. Five dollars gets you a cup of coffee or tea and a sample of the new bakery offerings.