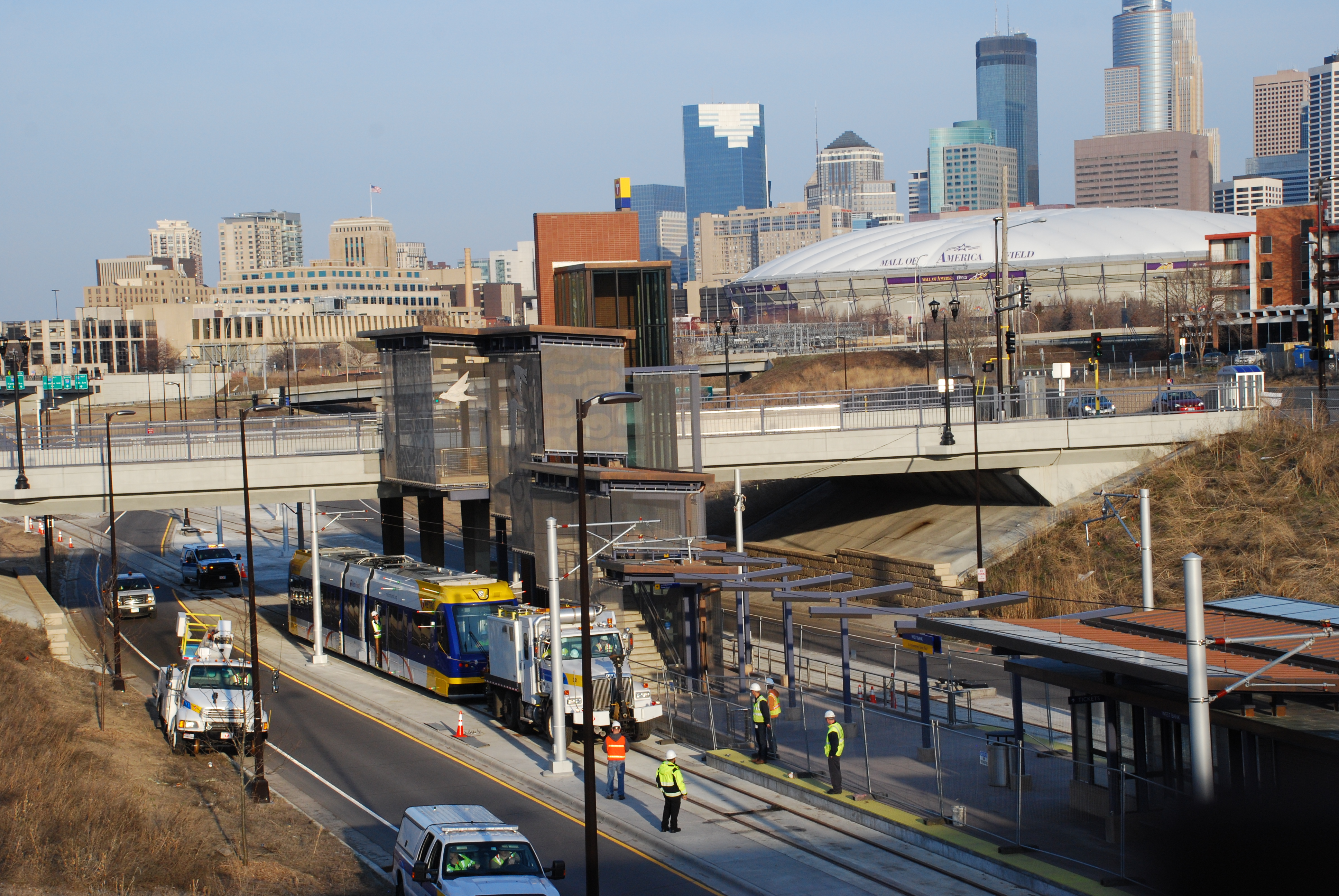 Sunday (April 28) was a gorgeous day, and when I checked my email and saw that the first train car would be rolling down University Avenue, I decided to follow it. Shouldn’t have been a problem — the press release said it was checking clearances, traveling at a walking speed (and accompanied by walkers), as a “railcar mover that resembles a semi-trailer cab” pulled it down the tracks.

The morning press release forecast an 8-12 hour journey, and I set out at about 1 p.m. to find the train. Drove all the way east on University Avenue, around the Capitol and zig zagging through downtown St. Paul to the end of the line at Black Dog. No train.

When I pulled over and called Laura Baenen, the helpful Metro Transit PR person, she said they had finished in five hours — much earlier than expected, because everything went so smoothly. As a consolation prize, she graciously sent several photos of the train — and here they are. (For another view, see Teresa Boardman’s blog post, Light rail vehicle test on Greenline.) 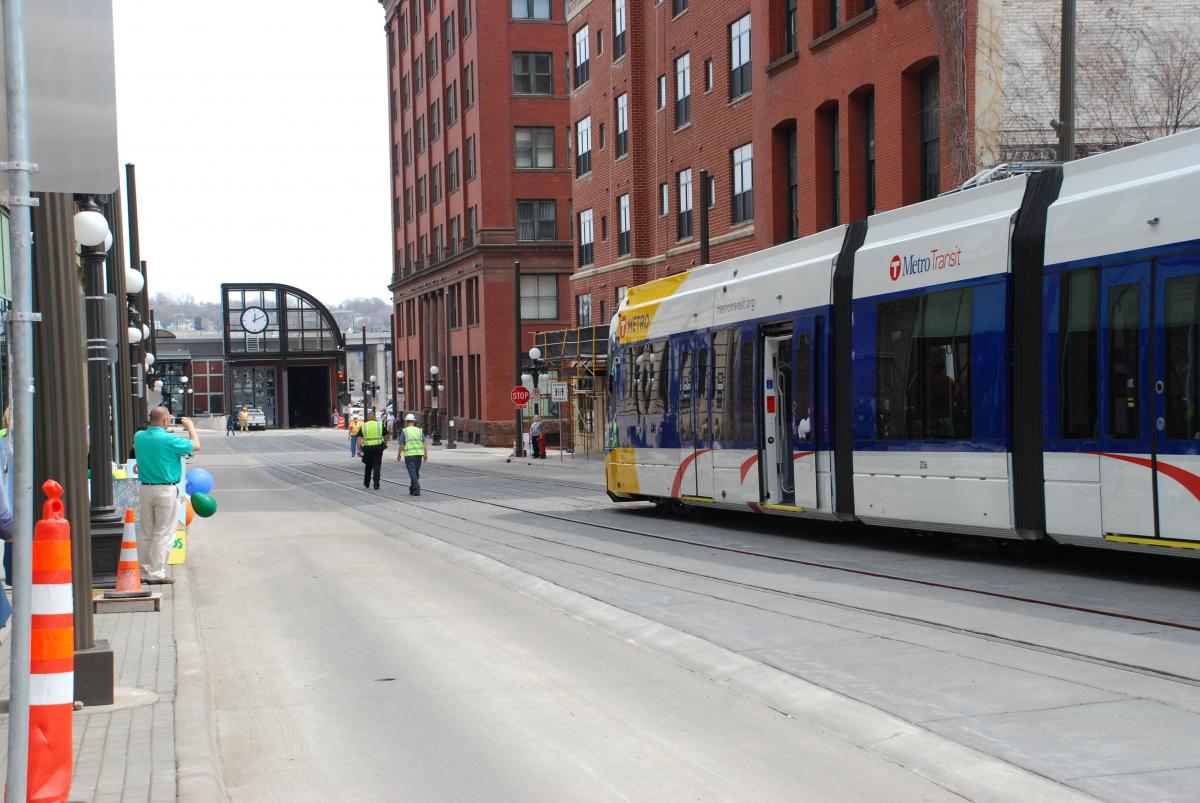 LRV being towed on Fourth Street toward the operations and maintenance facility in Lowertown St. Paul around noon Sunday, April 28. (Photo courtesy of Metropolitan Council/Metro Transit.) 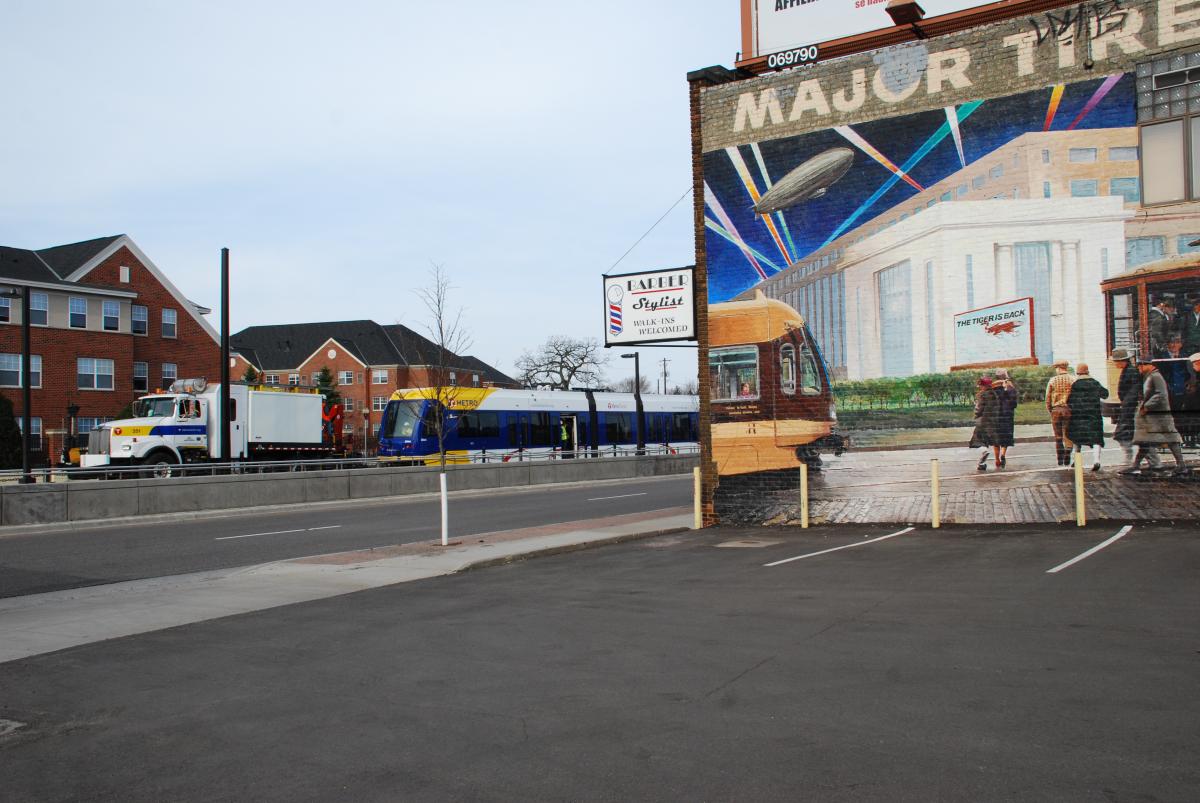 LRV being pulled past the Fairview Avenue Station by the mural on the Major Tire Co. building showing a light rail train meeting a streetcar on University Avenue. (Photo courtesy of Metropolitan Council/Metro Transit.) 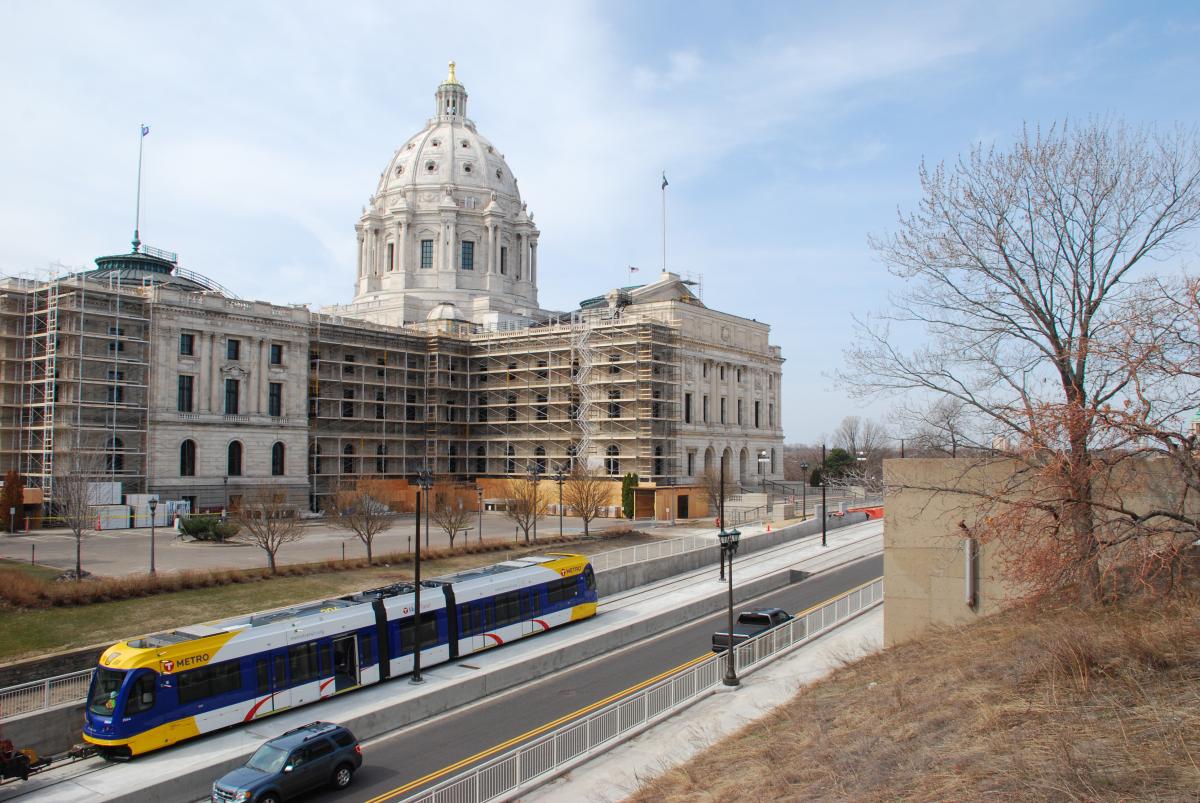 If you want to see the train in (slow) motion, it’s going back to Minneapolis on Wednesday, leaving St. Paul about 7 a.m. According to the press release:

The return move to Minneapolis is planned for Wednesday. One of the Blue Line (Hiawatha) LRVs will also be towed to St. Paul on Thursday so it can be tested on the hoists inside the operations and maintenance facility. Its return trip is planned for Saturday to Minneapolis. Towing the LRVs is necessary because crews are still installing the wires and the rest of the systems to electrify the line.