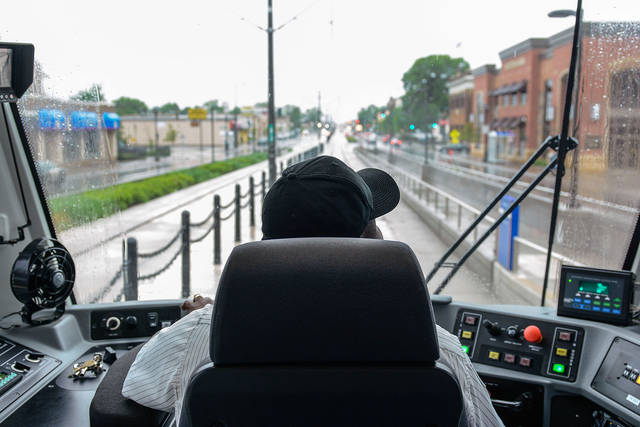 When the Green Line opens on Saturday, it will connect the 11 miles between St. Paul and Minneapolis by rail for the first time in 61 years.

But despite meeting its completion deadline and working within its $957 million budget for the project, Metro Transit is still working out kinks in safety and speed during the final days leading up to the light rail’s grand opening.

During the light rail’s testing, electromagnetic interference and vibrations from trains running through campus affected research in both Amundson and Kolthoff halls.

Frank Bates, head of the Department of Chemical Engineering and Materials Science, said his colleagues in Amundson Hall have been dealing with light rail interference since test trains began running down Washington Avenue earlier this year.

“Every faculty member who has a lab needs to be assessing how this is working out as the train starts running,” Bates said.

Over the past year, Metro Transit has been monitoring the vibrations caused by the train’s acceleration and has discussed possible adjustments with the University, said Metro Transit General Manager Brian Lamb.

“We’ve been actively working with the University of Minnesota, looking at ways we can best manage the impact,” he said.

After the University’s Board of Regents voiced concern, Lamb said, the Metropolitan Council agreed to run the trains through campus at 15 miles per hour instead of the initially planned 45 miles per hour to minimize the interference.

Since the first test trains began last summer, there have been four crashes between cars and the light rail, most recently a collision Sunday night in downtown Minneapolis, said Metro Transit spokesman John Siqveland.

To avoid future accidents, Metro Transit has launched a safety campaign and has increased patrols along the Green Line.

Safety is still a primary concern along the campus stretch of the light rail, Lamb said, where there’s always been high traffic.

“There’s a high number of pedestrian crossing violations at the ‘U,’” Siqveland said. “Students don’t always obey the crossing instructions.”

Recently, a partnership with the city of Minneapolis’ Traffic Unit has helped smooth out the light rail’s passage through the Washington Avenue pedestrian mall area, Siqveland said.

The station where the train crosses University Avenue is another problem area on campus, Green said. He said mediating light rail, car and pedestrian traffic at the intersection has been challenging.

The light rail will eventually take passengers from Union Depot in St. Paul to Minneapolis’ Target Field in about 50 minutes, but the city-to-city trip may lag during the first couple of weeks.

Operators are still working on synchronizing lights and signals as well as becoming familiar with procedures like signal priority — where train or bus drivers can ask the signal controller to hold a green light or shorten a red one for a few seconds.

But Siqveland said passengers shouldn’t dwell on the travel time between the Green Line’s first and last stops.

Metro Transit found the average trip on the corridor is a little less than three miles, Siqveland said, suggesting its 23 stops, five of which are shared with the Blue Line, are intended for shorter trips.

“The light rail is really about making those connections between destinations on the corridor,” he said.

“A lot of the trips will be neighborhood to neighborhood,” he said. “Each station will have its own pattern of people who get on and off.”

Route 16, the bus line currently running along the Green Line corridor and one of the Twin Cities’ most popular routes, services about 14,000 riders per day, Siqveland said.

“I think once people start realizing how flexible this system is, they’re going to find it a lot more attractive,” he said.