Today was one of those days where the unexpected trumped the average and ordinary, and in a positive way.

There were a couple of items on todays agenda. They were accomplished, but they were also rans in terms of interest value.

I stopped, first, at my 92 year old friends house. He invited me to go upstairs to see what workmen there to install insulation recently found in the attic. It was an attic difficult to access, so the treasures had been there for years, and since his wife had first lost her memory, and then passed away, There was no active memory of what had been stored up there.

Among the treasures, in one of the bedrooms: 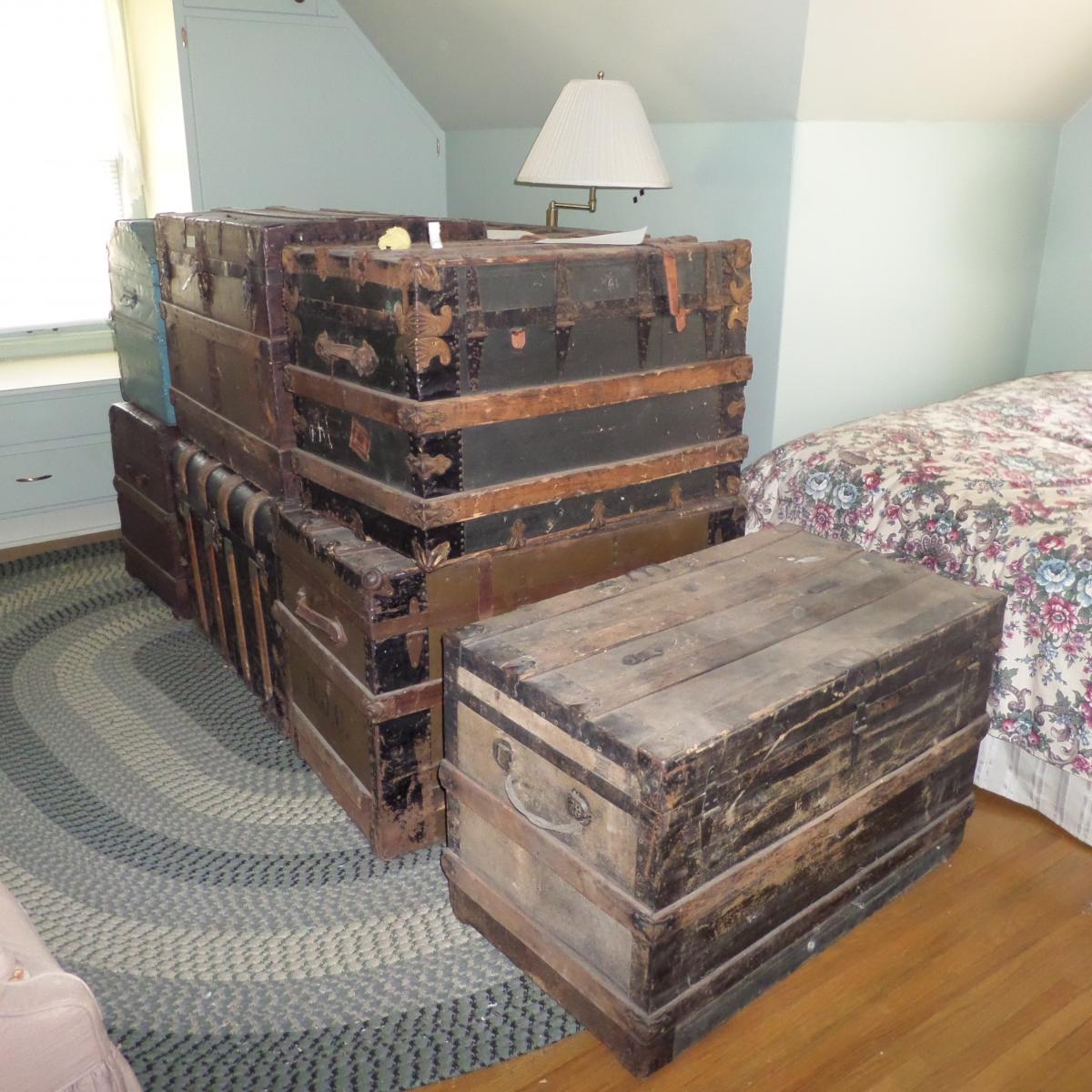 Immigrant chests found in an attic.

These chests, likely used for trans-ocean passage from northern Europe to the United States over 100 years ago had been packed full of assorted items. They were now empty, but the visual effect itself was pretty powerful. (They’ve been assigned to family members as keepsakes.)

I had another meeting to go to, and I wasn’t sure I’d be able to get to the library event, but all worked out, and at 2 p.m. I was at Hosmer Library at 36th Street in Minneapolis (just east of I-35W) for their free fall concert series: “Nikolai Kolarov: Cello Music from Bulgaria and Eastern Europe.” It wasn’t what my friend had thought would happen at 2:00, or so I thought at the beginning. Nonetheless, the concert was very good.

Hosmer has a tradition of wonderful free concerts at the library most every Saturday. Here’s Mr. Kolarov: 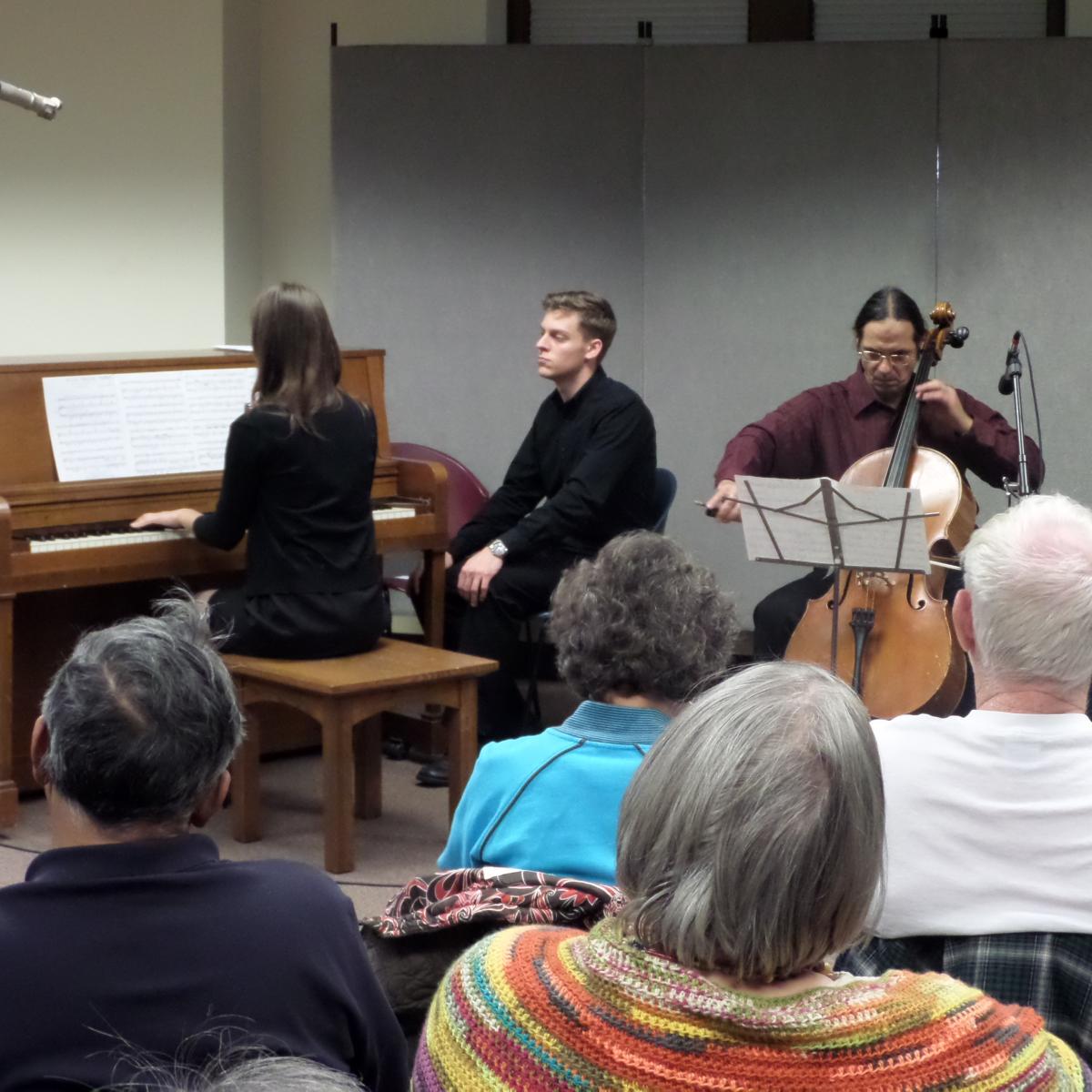 Then came the program my friend had invited me to see.

It was presented by a brand-new twin cities based organization called Green Card Voices whose mission is to highlight the stories of immigrants to this country from everywhere. As their brochure says: “We’re all here. We all play a role. We all have a story.” As its brochure declares “41% of all fortune 500 companies were founded by immigrants or children of immigrants…the United States is home to 40 million immigrants…They represent 13% of the total population.”

As we all know, immigrants (like the folks who brought their belonging in those trunks pictured above) have always played, and still play, a very significant role in our country. We are a country of immigrants.

As advertised, Ruhel Islam of Gandhi Mahal told his story about being part of America since 1996. Niolai Kolarov told his story. As did two ladies, one from Slovenia; the other from Ethiopia.

No one said anything unexpected. Nonetheless, it was refreshing to hear the stories told by real people, and see the approximately 40 of us in the room be engaged in the conversation.

The folks of Green Card Voices have a great thing going. I hope to learn more about their work.

Ditto, to Roy Woodstrom and the folks at Hosmer Library, whose Saturday programs have become a south Minneapolis tradition.

It was a great day.

It was a good reminder of the need to engage in the conversation about immigration policy reform in Washington as well. 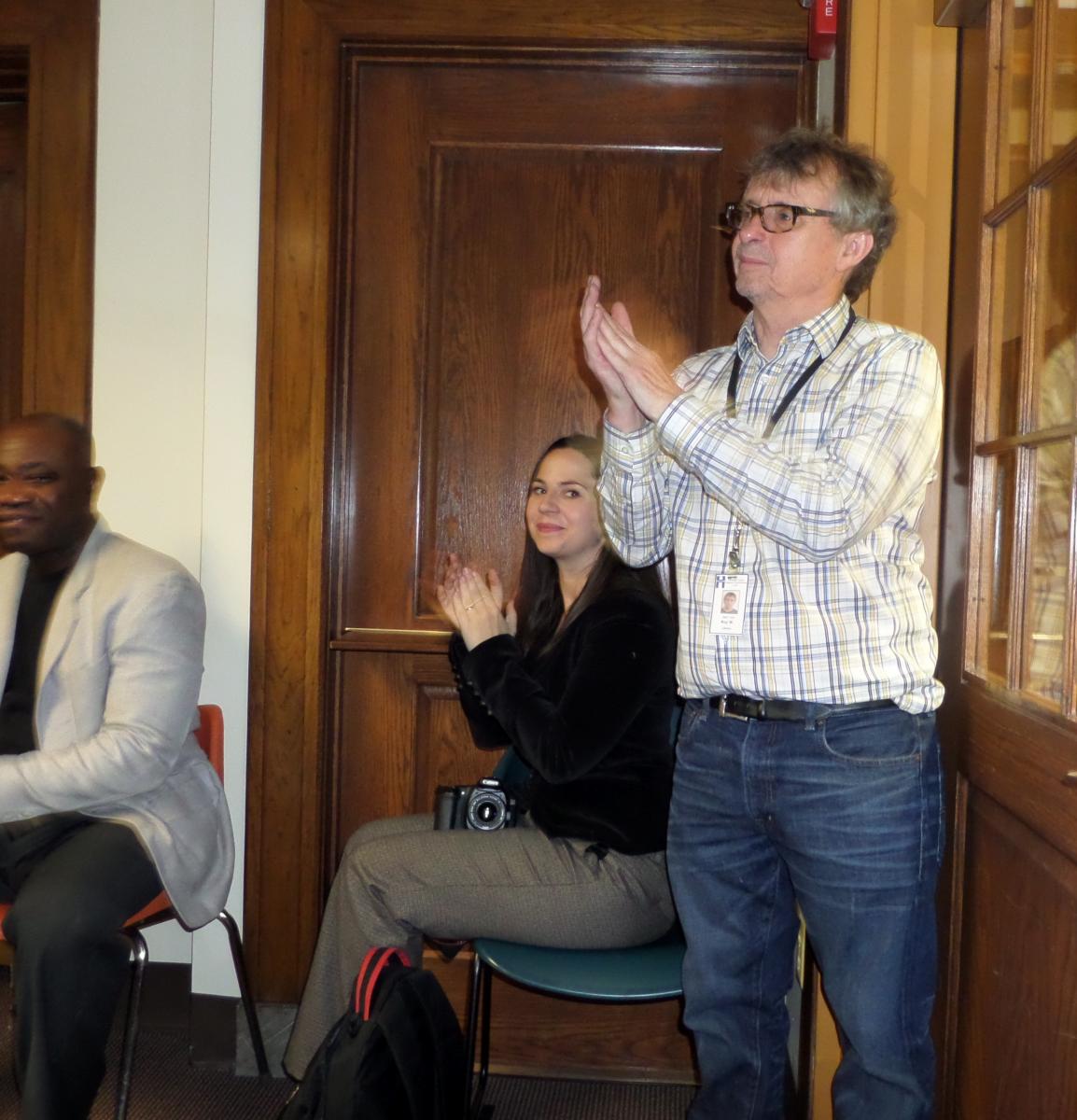 At top: The Panel of Immigrants from Bangladesh, Slovenia, Ethiopia and Bulgaria November 2, 2013