Neighbors celebrated the success of the Green-Beaning of Frogtown project last Friday with a Magic Bean Party at West Minnehaha Recreation Center, complete with locally grown food provided by Youth Farm and Market Project, a jazz band from Walker West Music Academy, and a petting zoo.

The Great Green Beaning Project was organized by Frogtown Gardens, a nonprofit that advocates for urban green spaces and sustainable development in the Frogtown area. With the goal of starting scarlet runner beans on one fence on each block, they distributed 6,000 beans to 250 houses throughout the neighborhood.

Why scarlet runner beans? “Because their bright red flowers make them distinct from other beans growing in the neighborhood,” said Siri Simons, community outreach coordinator and HECUA intern for Frogtown Gardens. The flowers become a visible sign of support for the primary goals of the organization: to increase green space in the neighborhood and promote the development of Frogtown Farm and Park. The creation of this urban farm and recreation area is imagined on the site of the nearly 13-acre Wilder Foundation property on Minnehaha Avenue just east of Lexington, which is listed for sale at $5.425 million. 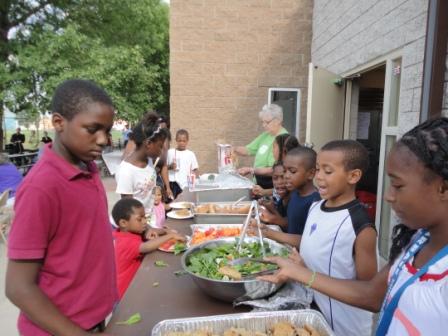 Out of those 6,000 seeds, about half are now producing beans, according to Simons, meeting their goal and covering 125 fences throughout the neighborhood with green leaves and red flowers. The other half of the seeds? Some lost to squirrels, some to weather, and some just never made it from the dining room table to dirt in the back yard.

Frogtown resident Larry Paulson did get his beans in the dirt. I caught up with Paulson at the petting zoo, and asked him how they are. “They’re not ready to eat yet,” he said, “but they’re coming along.” Perhaps they’ll be ready to eat at the next Magic Bean Party. 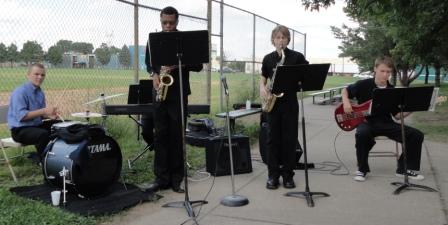