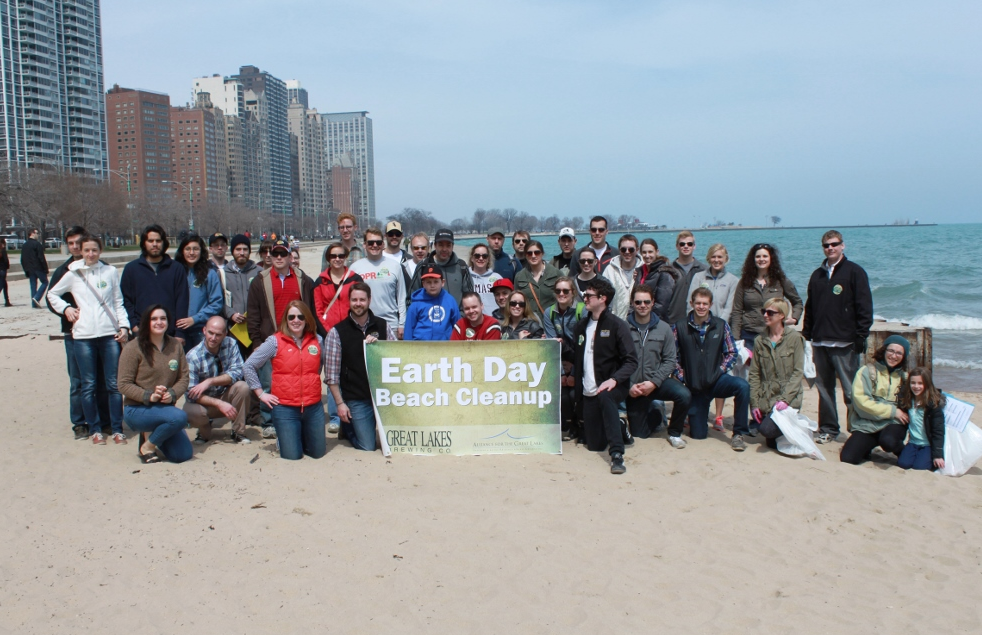 Craft beer culture often has a focus on community issues and giving back beyond the beer. That charitable bent isn’t limited to the immediate community, though. As breweries grow and reach further across the country, that impact is felt beyond municipality borders. Great Lakes Brewing Company, established in 1988 in Cleveland, OH, is a clear example of that philanthropy with their 2015 Green Tour.

Ranked as the 23rd largest craft brewery in the country, Great Lakes adheres to a “triple bottom line philosophy,” described by the brewery’s Marissa DeSantis as “our company’s commitment to environmental, social, and financial responsibility.” As their beer reaches markets far outside Cleveland, they’re taking that eco-awareness to other markets, including Minneapolis on April 25.

In partnership with Friends of the Mississippi River, volunteers will help clean up the riverbank from 9:30am-12pm, followed by an after party at Sea Salt Eatery. “This cleanup is an Earth Day tradition in the Minneapolis River Gorge,” explains Field Sales Representative Adam Essman, who will lead festivities. “Volunteers can sign in and receive trash bags and directions, and will then be directed to one of two locations to begin the cleanup.” Registration is open indefinitely, though official volunteer kits, which include reusable goodie bags from the brewery, are limited to early registrants. Last year nearly 400 participated.

“Green Tour is our way of sharing our philosophy with more of our customers, where they live in a very hands-on, grassroots way,” says DeSantis. “It’s inspiring to meet people who are just as passionate as we are about quality beer and serving their communities.”

The tour started last year, then named the Earth Day Tour, and featured 12 cities. Retitled as the Green Tour in 2015, it has expanded to 15. A portion of sales of their Spring Sampler 12-packs will also benefit the 15 organizations partnering in the tour.