Lake Superior is virtually unique as a thing. It is a huge lake, it is far from the equator, it is very very deep, and it is a freshwater lake. That combination is hard to come by. It is therefore almost always going to be true that a major environmental disaster such as the sinking or wrecking of a tar-sands boat on that lake will not have a precedent. If there is a huge tar sands disaster on Lake Superior it will not be possible to clean it up, most likely. And there will be such a disaster; this is almost guaranteed.

With significant opposition to Keystone XL pipeine actually threatening, for once, the big plans of big-petrol instead of just being a thorn in the side, those who wish to ship Tar Sands out of Canada to China and elsewhere through the United States are already working hard on finding alternate routes, and one of the most likely alternates is over land across Minnesota then to Lake Superior. And this applies to the Bakken Fields oil as well.

Here’s a few bits and pieces of information for you to peruse and follow up.

Pipeline operator Enbridge has agreed to a revised route for a new oil pipeline from North Dakota across northern Minnesota.

The proposed $2.6 billion Sandpiper pipeline will carry between 225,000 and 375,000 barrels of oil a day from the booming Bakken oil fields across Minnesota to Superior, Wis.

“Enbridge is responsible for the largest on-land spill,” said Tom McSteen, lead convener for the anti-tar sands group MN350. He’s referring to the July 2010 rupture of an Enbridge pipeline in Michigan that released 20,000 barrels of crude oil, much of it into the Kalamazoo River, triggering a record fine and a $1 billion cleanup. “We don’t want a Kalamazoo in Minnesota,” he added. 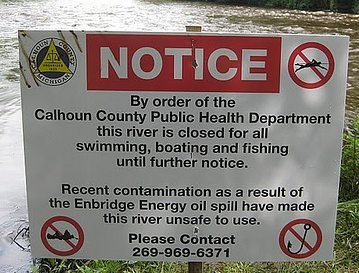 And for a summary of most of the current relevant information: Tar Sands’ Next Frontier: Shipments on the Great Lakes

The Great Lakes, drinking water source for over 40 million North Americans, could be the next target on tar sands marketers’ bullseye according to a major new report out by the Chicago-based Alliance for the Great Lakes.

The 24-page report, “Oil and Water: Tar Sands Crude Shipping Meets the Great Lakes?” unpacks a new looming threat to the Great Lakes in the form of barges transporting tar sands along the Great Lakes to targeted midwestern refinery markets. As the report suggests, it’s a threat made worse by an accompanying “Wild West”-like regulatory framework.

“The prospect of tar sands shipping on the Great Lakes gives rise to fundamental social and economic questions about whether moving crude oil by vessel across the world’s single largest surface freshwater system is a venture this region wants to embrace, despite the known risks,” the report says early on.