I used to think “The Grand Rounds” was a rather pretentious name added in modern times to the more than 125-year old string of parkways that wind through the city of Minneapolis. But I recently learned that the term dates back to 1891, when William Watts Folwell used it to describe landscape architect Horace Cleveland’s masterful proposal made to the newly-formed Minneapolis Board of Park Commissioners 8 years earlier. Now that I know the name is that old, I like it.

(Note: To see my first “great bike rides” post from about a year ago, go here) 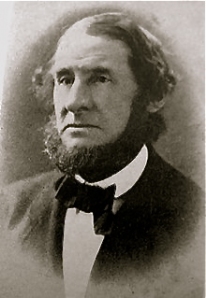 Left: Horace Cleveland as a young man. He was nearly 70 when he submitted his design for the Grand Rounds!

Minneapolis has one of the best urban park systems in the world. We would have none of it today but for the vision, forethought, and actions of an amazing string of parks commissioners (along with Cleveland’s detailed plans) in the late 19th and early 20th century, including Charles Loring, William Berry and Theodore Wirth.

I’ve biked most of this route many times, but never as a whole. So a couple of days ago, I decided it was time to grab my camera and saddle up. I’d seen different numbers for the total mileage — usually 50-53 miles, but I also knew that included some dead-end spurs. I decided to just do the main, basic route and see how it works as a loop.

Cleveland’s idea was to tie together some of the most beautiful parts of the city in such a way that you could make the whole trip without ever leaving a park-like setting. For the most part, it does that very well. The Minneapolis chain of lakes, along with the Mississippi River and Minnehaha Creek, are well-known treasures, but the ride also includes some impressive boulevards in the city’s northern areas. Most of the route is, indeed, “grand”, but there’s a short “missing link” of about 3 miles in the northeastern part of the ride that isn’t terribly scenic. Many plans have been proposed over the years to finish it, but so far it’s still missing. A variety of street options traverse the gap and get you downtown to join up with the river. 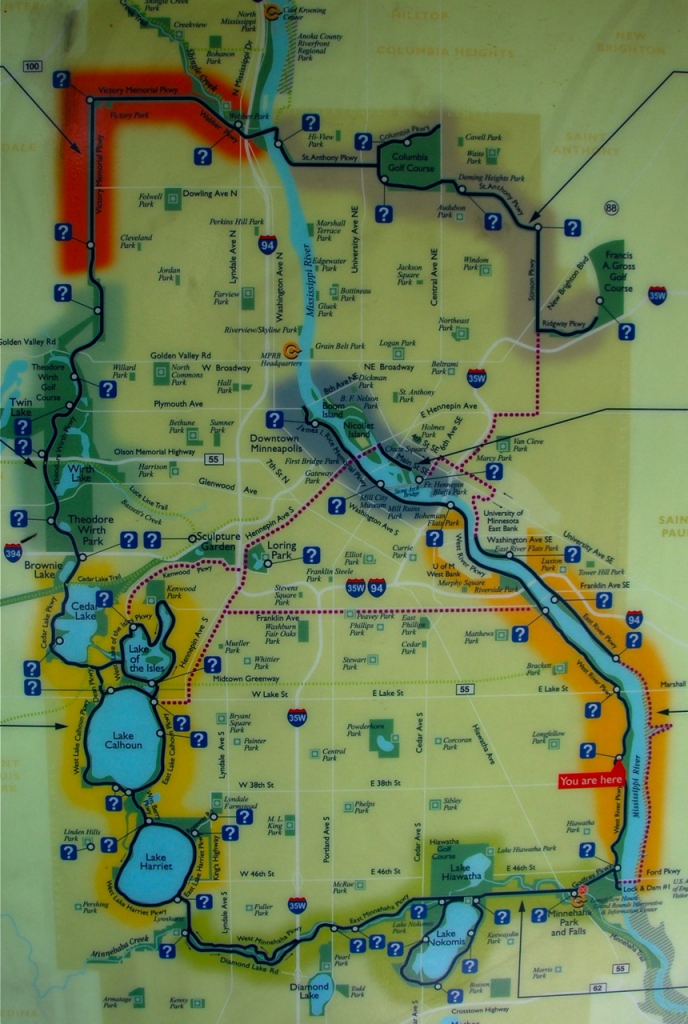 The dark blue line shows the Grand Rounds. Note the dotted lines through an industrial and residential part of northeast Minneapolis. The outline of the city limits can be seen where the shade of green changes.

Since I live a couple of block from Minnehaha Creek, I bike and run the southern part of the Grand Rounds a lot, but the beauty of the creek and the lakes never gets old. A quick loop around the lakes or a run around Lake Harriet never fails to lift my spirits.

My grand tour the other day ended up totaling about 37 miles. As I said, there are other ways to do it that add more mileage. The route also intersects with a lot of other bike paths on which you could wander all day. It’s a great city for biking.

Here are a bunch of photos from my trip. Along the way, I somehow lost my little notebook that I was writing the mileage in at photo stops (imagine me losing something), so the mile numbers are from “Map My Ride” and are approximate — also, of course, pretty meaningless unless you start at my house. But if you ever do want to start at my house, give me a call and I’ll go with you. It’s a great urban ride. 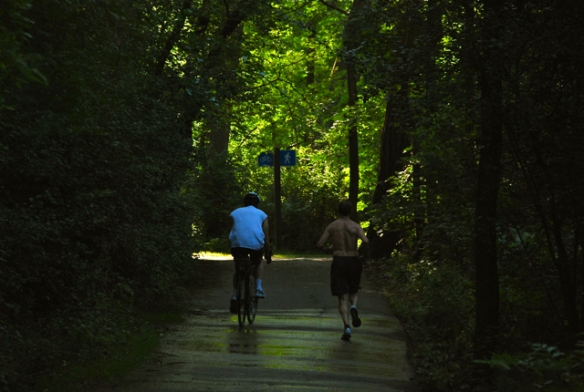 0.7 – We drop down into the Minnehaha Creek valley to get started. 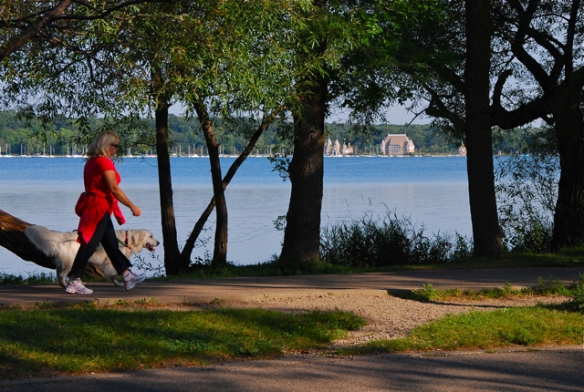 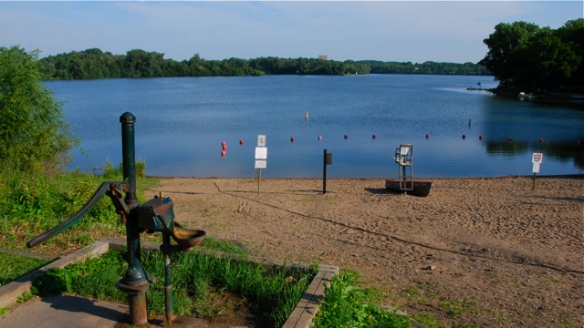 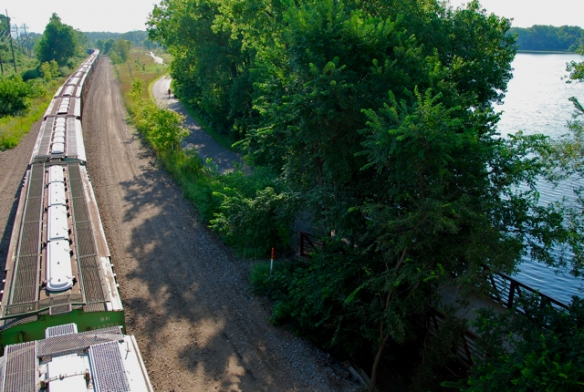 6.7 – North side of Cedar Lake. The railroad and the Cedar Lake Trail (not ours) head toward downtown Minneapolis. 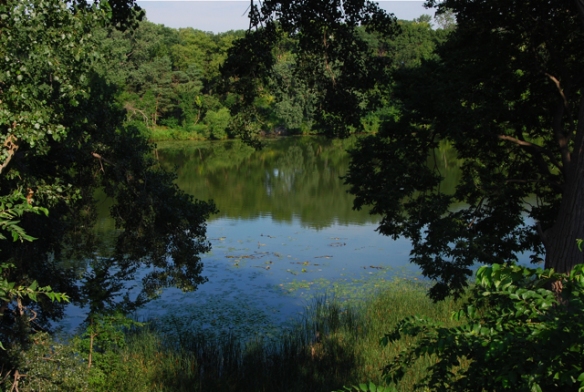 6.8 – on the other side of the railroad bridge is tiny Brownie Lake, an often overlooked little gem. 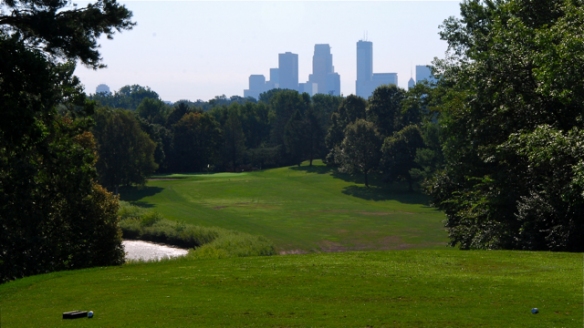 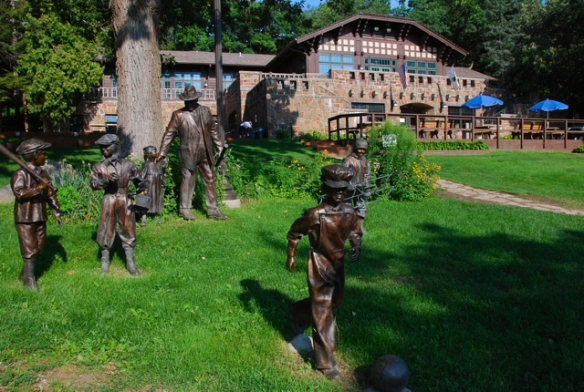 8.8 – Statues depicting Theodore Wirth (Minneapolis Parks Commissioner in the early 1900s) with some kids for whom he helped provide a beautiful place to play, are near clubhouse of the golf course that bears his name. 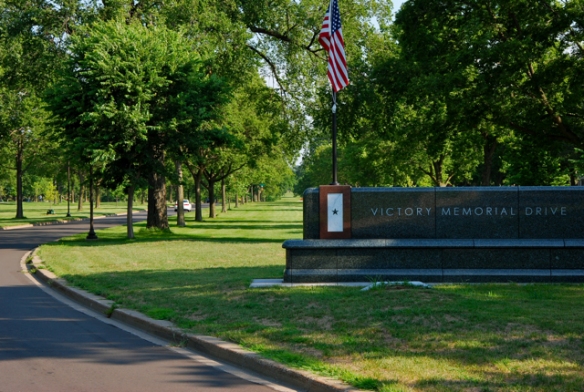 10.7 – Victory Memorial Drive honors those who died in WWI 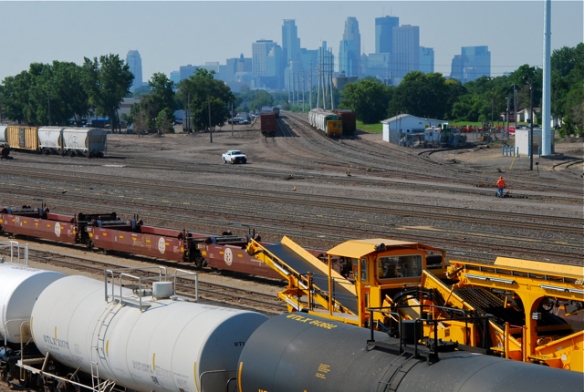 15.2 – Downtown skyline over the rail yards of “Nordeast”. 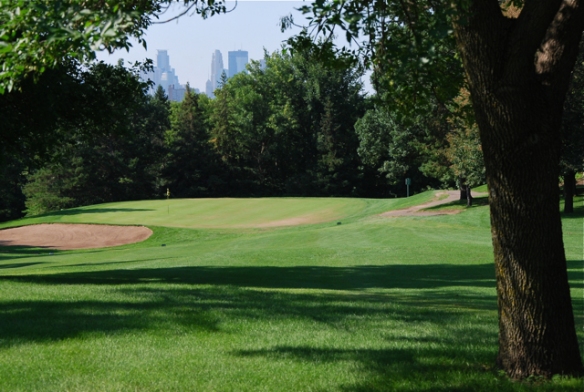 16.2 – Another peak at downtown from the 10th hole at Columbia Park, another very nice municipal golf course. 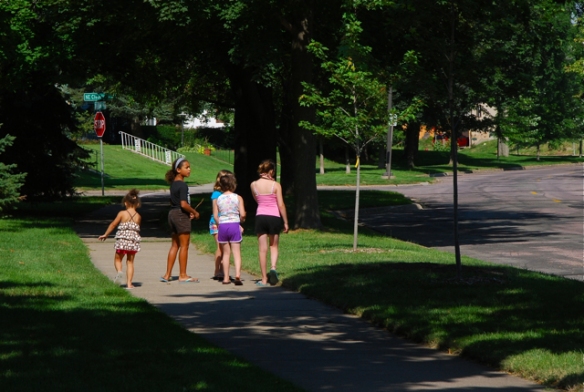 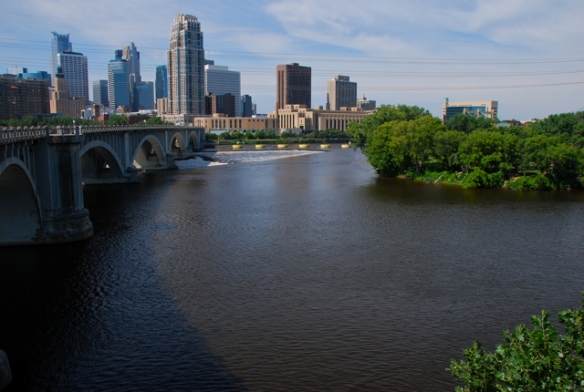 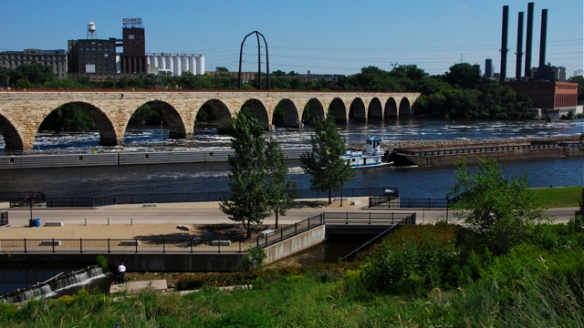 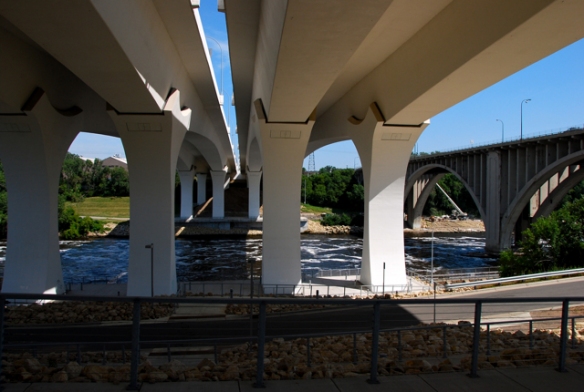 21.5 – New I-35W bridges show no trace of the terrible tragedy that happened here 4 years ago. 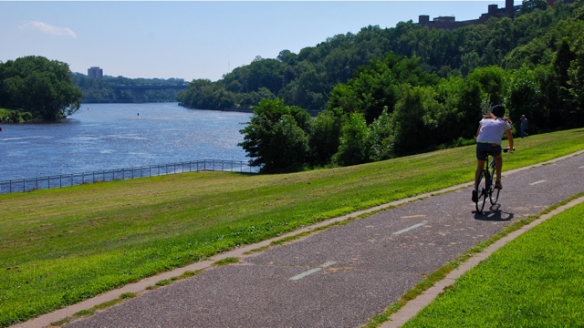 23.2 – Back to green and blue landscape. The Mississippi River from West River Road across from the University of Minnesota. 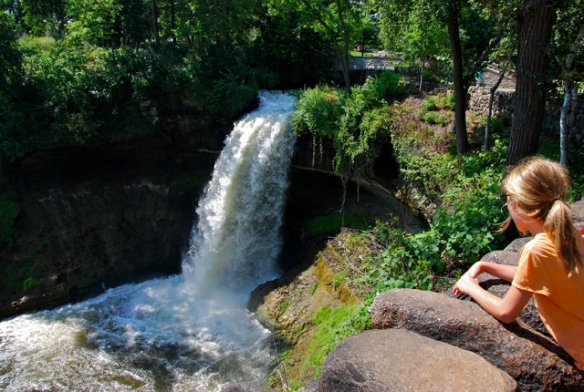 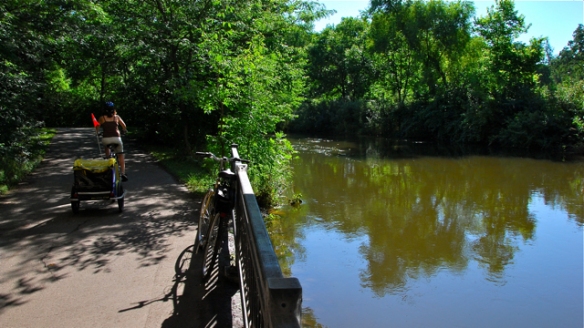 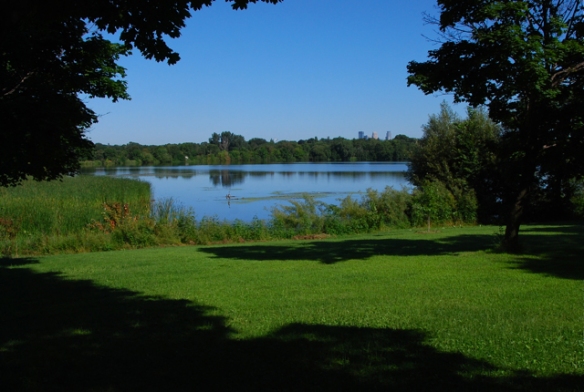 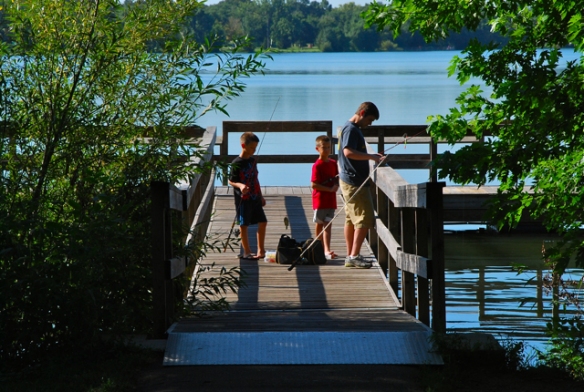 32.0 – Lake Nokomis – About five more miles and we’re home – around the lake and up the Parkway