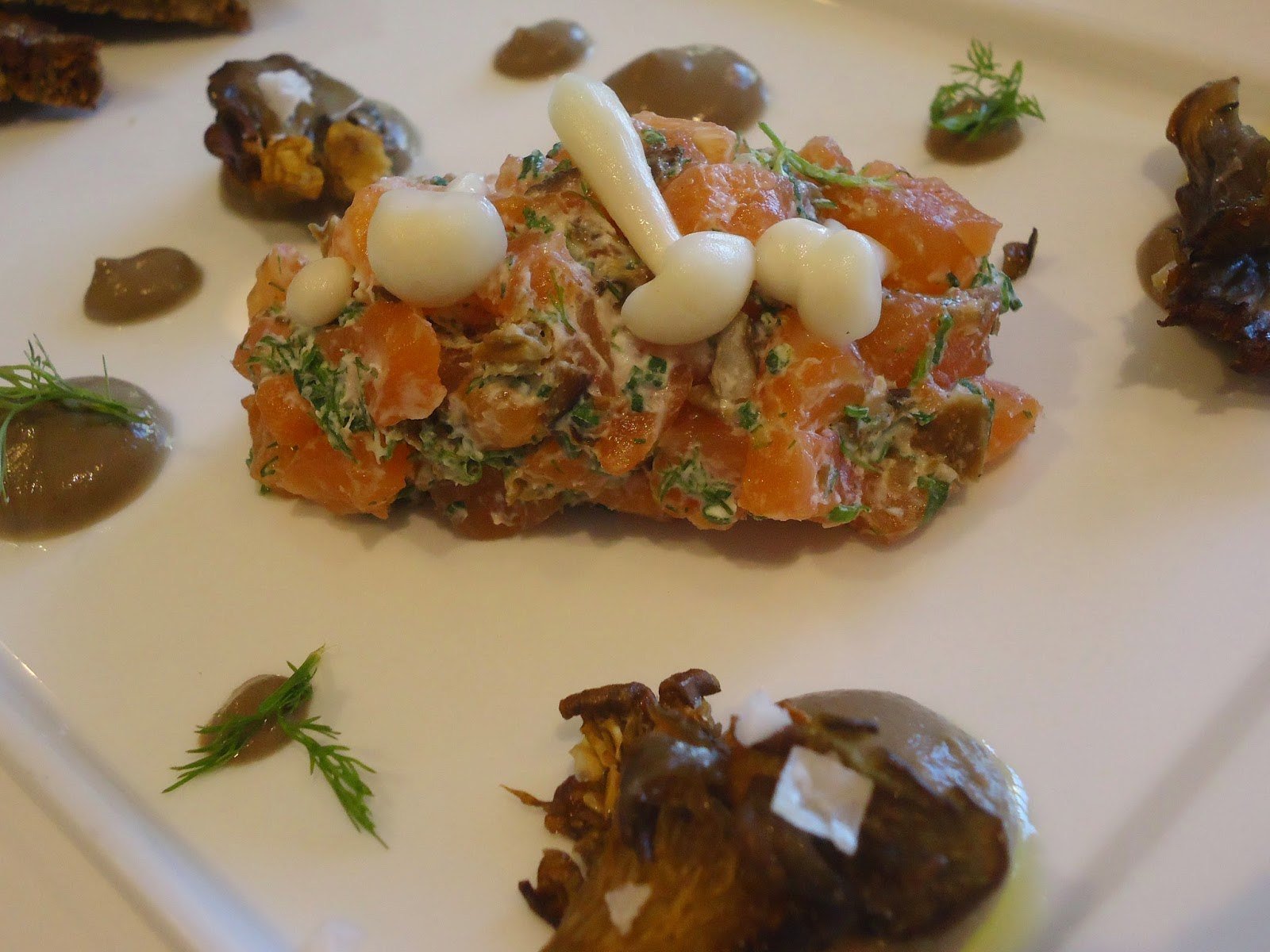 Welcome to Part 2 of the Gravlax Project, an effort to dine on any and all of the gravlax we can find across the Twin Cities and document what we find. We began at Public Kitchen in St. Paul, and for our second dip into the cured salmon pond we returned to familiar grounds: Fika at the American Swedish Institute in Minneapolis.

Before we get into the nitty-gritty, I must acknowledge that I am a member, volunteer, and self-appointed head cheerleader for ASI and all things Fika. I forced myself into a sort of out-of-body mode so that I could fairly assess the gravlax served in a kitchen I’ve grown to love. To properly manage my assessment, I ordered the season’s first glögg (Swedish mulled wine) and settled in for a weekday lunch.

Fika opened with ASI’s campus expansion in 2012, and since that time they’ve changed up menu items pretty regularly. They’ve also graduated a few chefs and Chef John Krattenmaker is now at the helm. Fika’s gravlax updates express the evolution of ASI and the New Nordic movement, and the personalities of the kitchen staff, and it has been a fun evolution to witness (see photos for evidence of this progress). In the beginning, Fika’s gravlax was a simple and classic dish served with potatoes. In later efforts, croutons, pickled vegetables, and a variety of sauces were added. Then, a crazy and wonderful plate was born: cubed gravlax coated in tart crème fraîche and herbs, set atop velvety leek-dill panna cotta, and served alongside a warm pile of thick and crispy house-made sea salt and vinegar potato chips. Gravlax heaven.

However, after a year of gravlax heaven I was no longer dancing in my pew. The salty chips buried the delicate custard, and (yes this is a strange criticism) that custard was so luscious that it outshined the salmon. It became a plate of gravlax on which the salmon was no longer the star of the dish, but just a bit player.

Chef John Krattenmaker’s updated gravlax is a welcome change. The salmon is cured in sugar, salt, and a combination of gin and aquavit. The addition of both liquors brings a subtle yet complex flavor to the gravlax. It is cubed it and dressed in an herby crème fraîche, and topped with pickled beech mushrooms. Dollops of mushroom purée and roasted oyster mushrooms lend a rich earthy tone that grounds the bright cream and salmon. The gravlax has the lush bite I look for in cured salmon, and cubing it brings a texture-forward feel to it. The gravlax is served with toasts of the house rye, and the addition of mushrooms actually elevates the rye to new nutty heights.

Other choices at Fika are equally appealing. You’ll never regret ordering a cup of the signature soups regardless of which root vegetable gets pureed into the flavorful bowl. There is a variety of open-faced sandwiches (smörgåsar) and salads, and the meatballs are still the best in town. Wednesday evenings Fika is open for happy hour and dinner, and playful specials often grace the menu. Chef John Krattenmaker serves food that is smart and occasionally witty. His pork belly BLT with tomato, smoked tomato aioli, and grilled lettuce is served with the skinniest little rye crisp ever sliced, and I actually giggled as I savored each bite.

Conclusion: Fika’s Gravlax ($10) is a essential addition to the salmon conversation. I don’t know when Chef John Krattenmaker will morph his dish into yet another version, so be sure to taste the current dish before it is replaced by an equally charming plate. 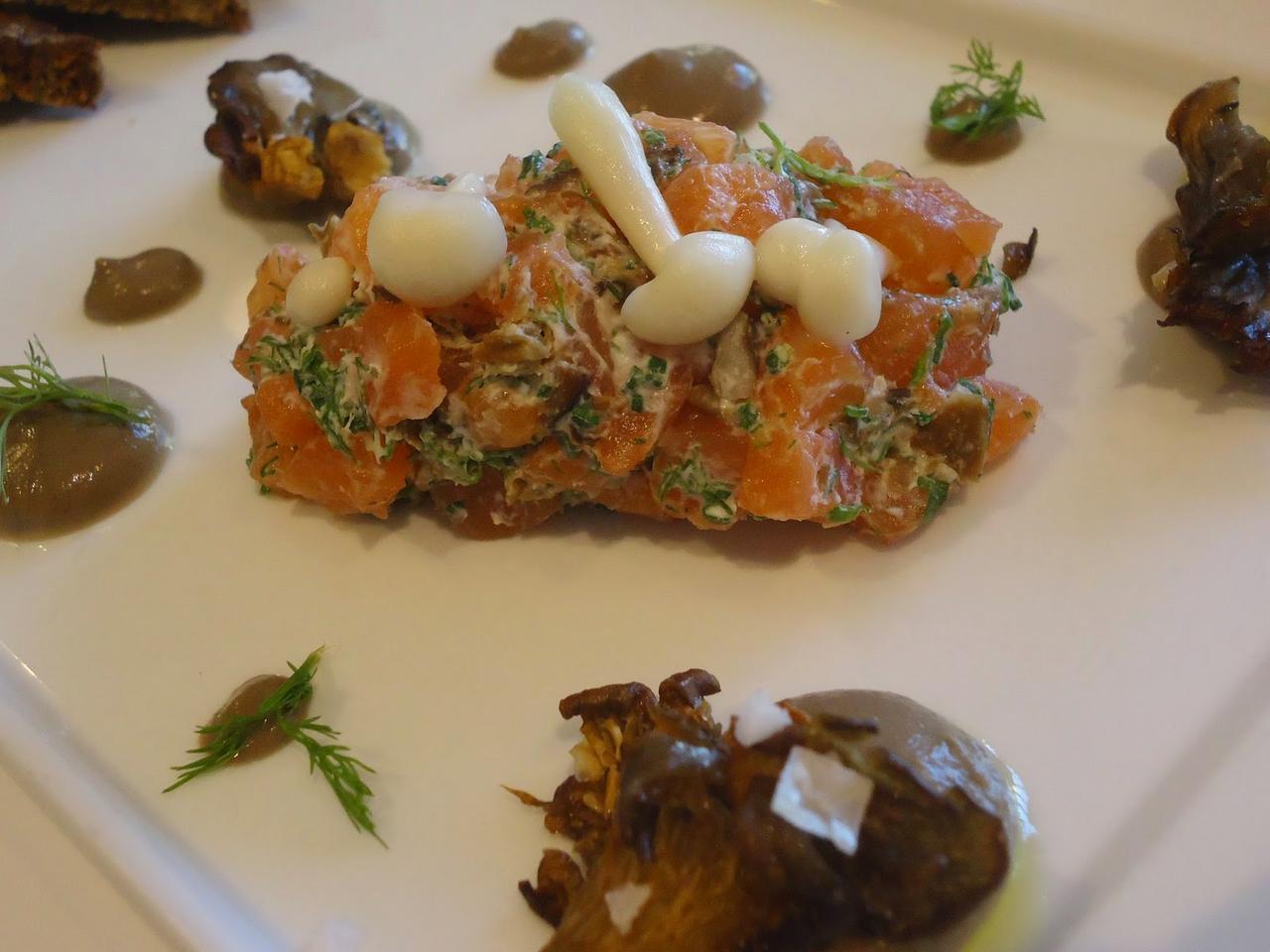 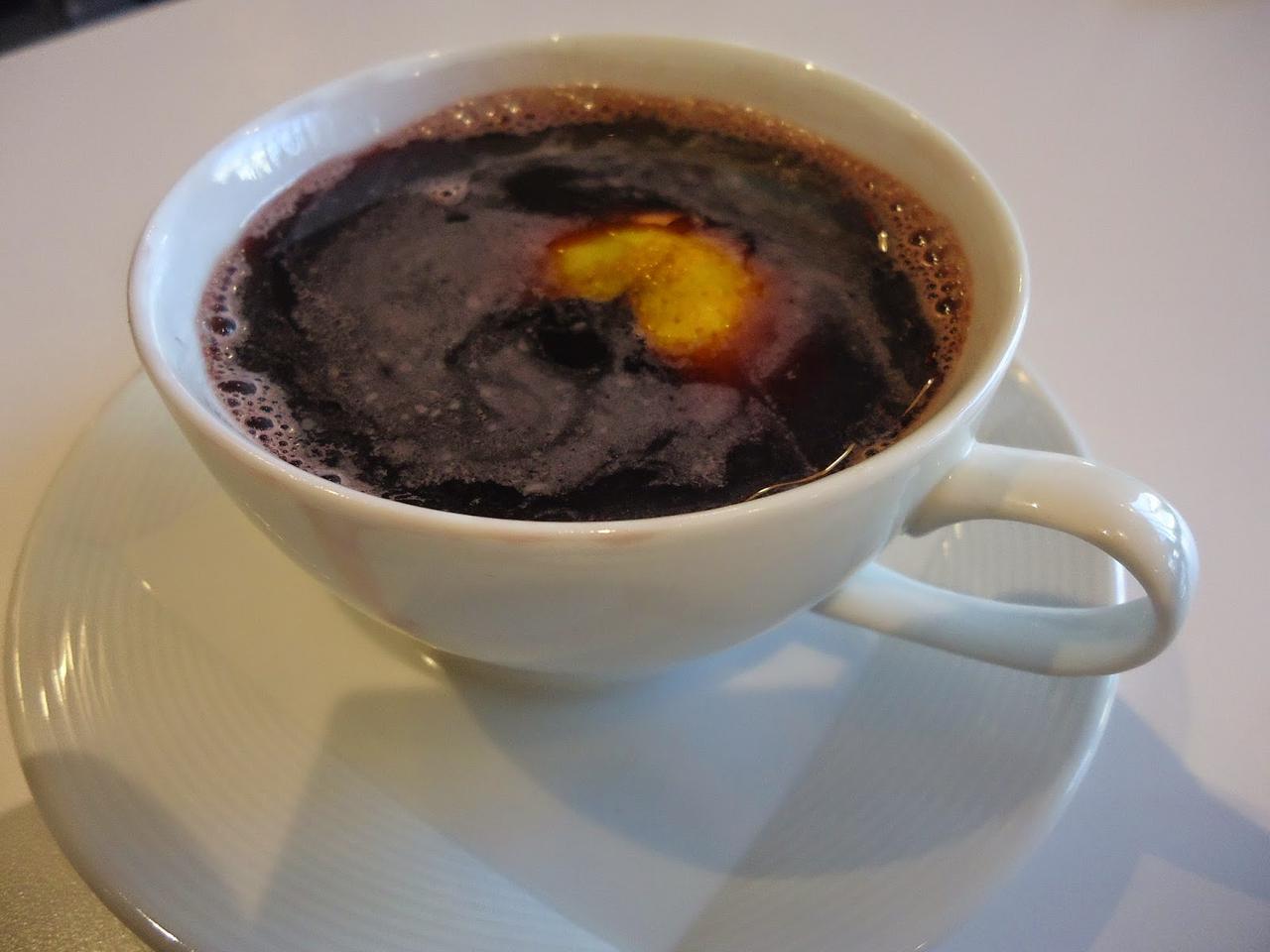 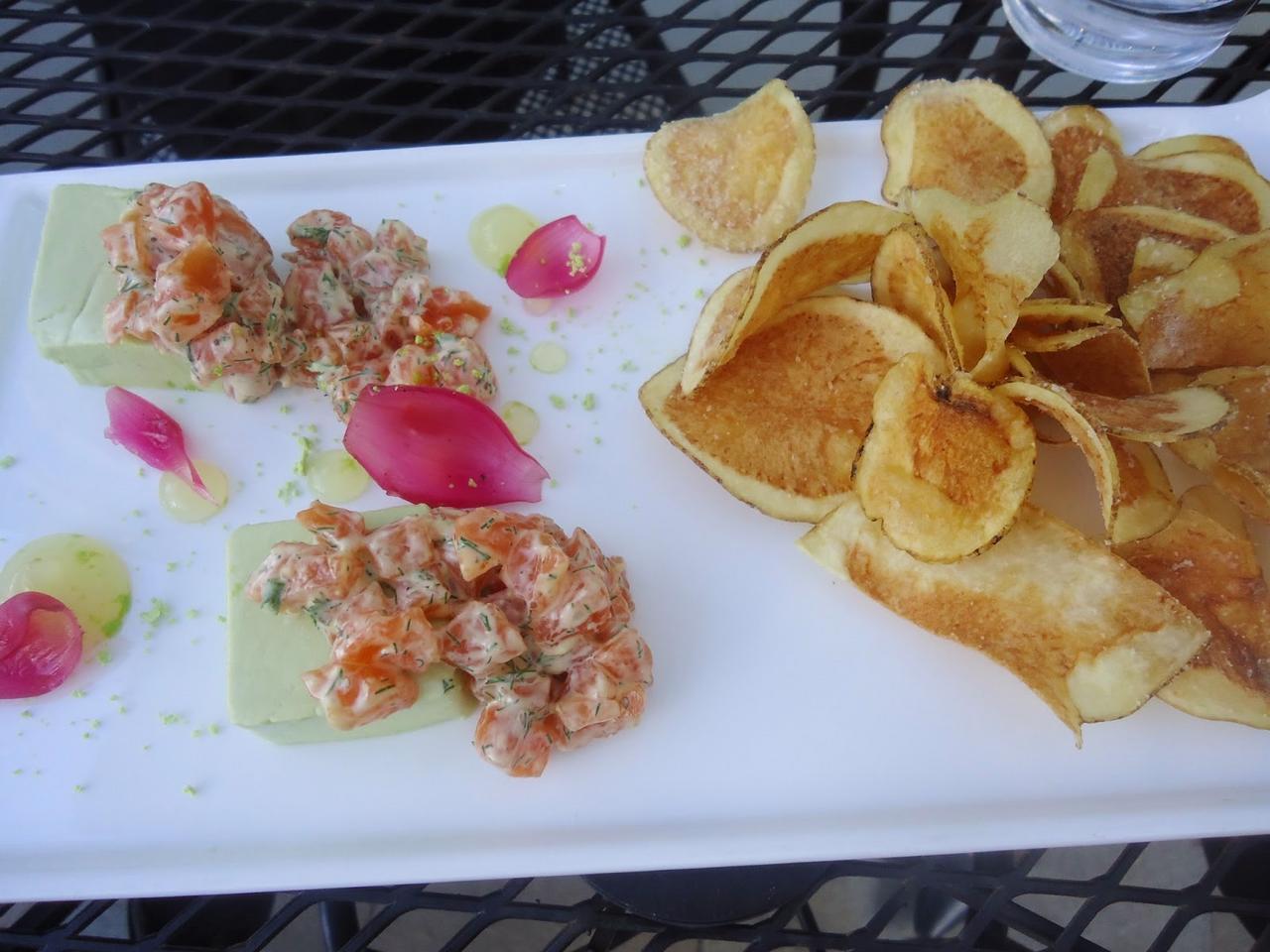 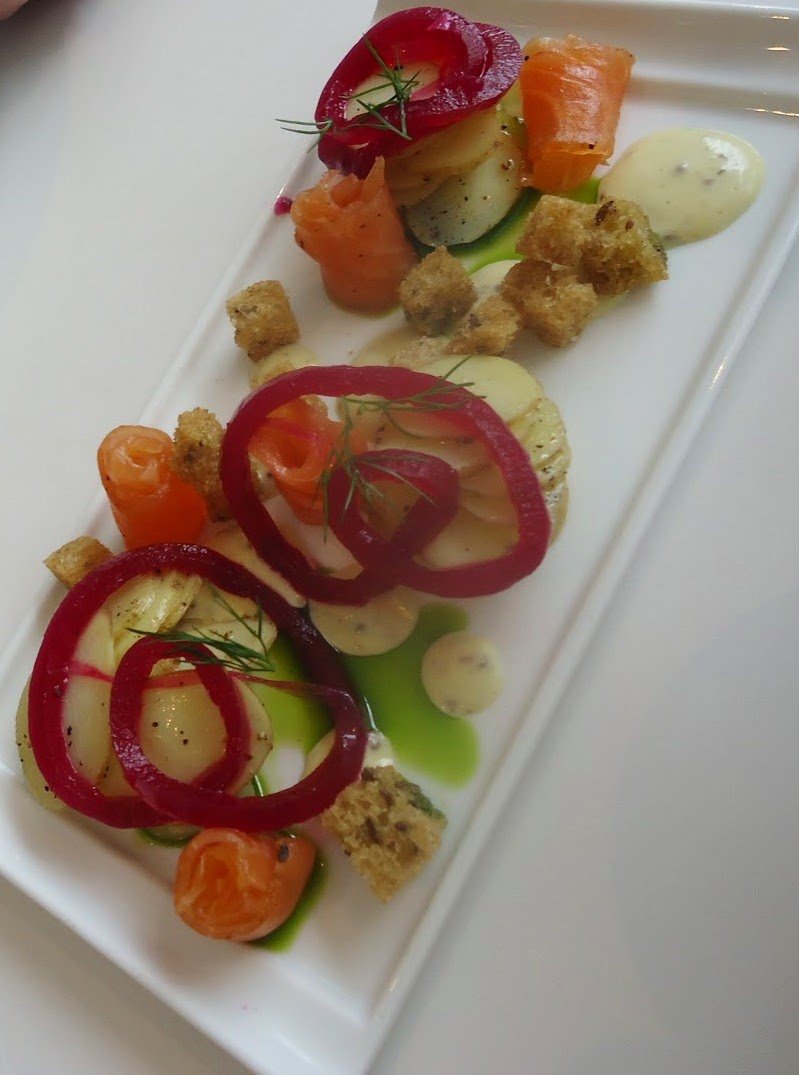 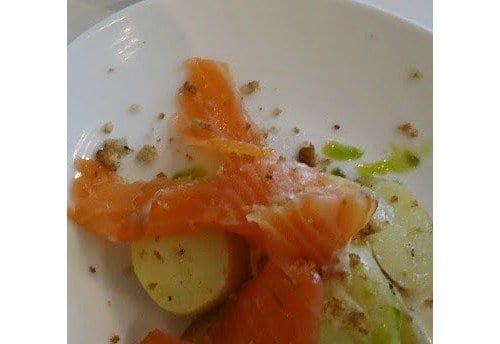