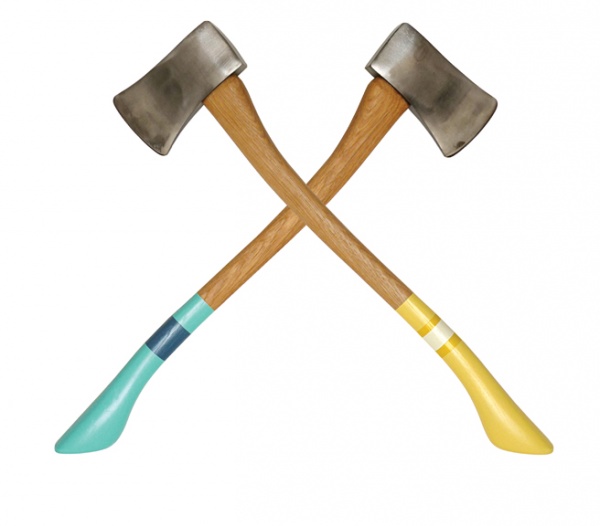 In 1989, the Walker Art Center held what Andrew Blauvelt, the museum’s current curator of architecture and design, considers a game-changing museum exhibit of graphic design. “Then,” he recalled on Thursday morning, “you couldn’t even assume people knew what a font was.”

He was standing in the middle of the Walker’s new exhibit Graphic Design: Now in Production, a show that surveys the exciting recent history of the field of graphic design in recent years—when computer technology and the rise of the creative economy has made graphic design something that people know about, care about, and do more than ever. Even my mother knows what a font is now (“we have a lot of discussion of fonts at work; Betsy likes Comic Sans, and Barbara hates it”), and last year the Gap had to hurriedly retire its new logo when it was viciously attacked over social media—all of a sudden, it seems, everyone is a graphic designer.

But not everyone operates at the level of the 200 designers featured in the Walker exhibit, 25 of whom have significant ties to the Twin Cities—the metro area is among the nation’s top centers of design. The exhibit presents a dazzling array of new design in all media, from television credit sequences to logos to fonts (natch) to books.

Rather than trying to tell a story or make an argument, the exhibit—curated by Blauvelt and several collaborators—presents an overview of recent design, organized by medium. A single walk-through, even with Blauvelt’s guidance, was hardly enough to even skim the surface of the riches on display: you’ll want to allow plenty of time to soak it all in.

A gift shop is part of the exhibit, because these were items designed—in most cases—to be mass-produced and consumed. If the show doesn’t leave you with a new appreciation for the importance of graphic design, that’s because it’s a lesson we’ve already learned, from teens choosing Tumblr themes to college administrators arguing over Comic Sans. For armchair designers and pros alike, Graphic Design: Now in Production offers plenty to look at, admire, and—yes—argue about.