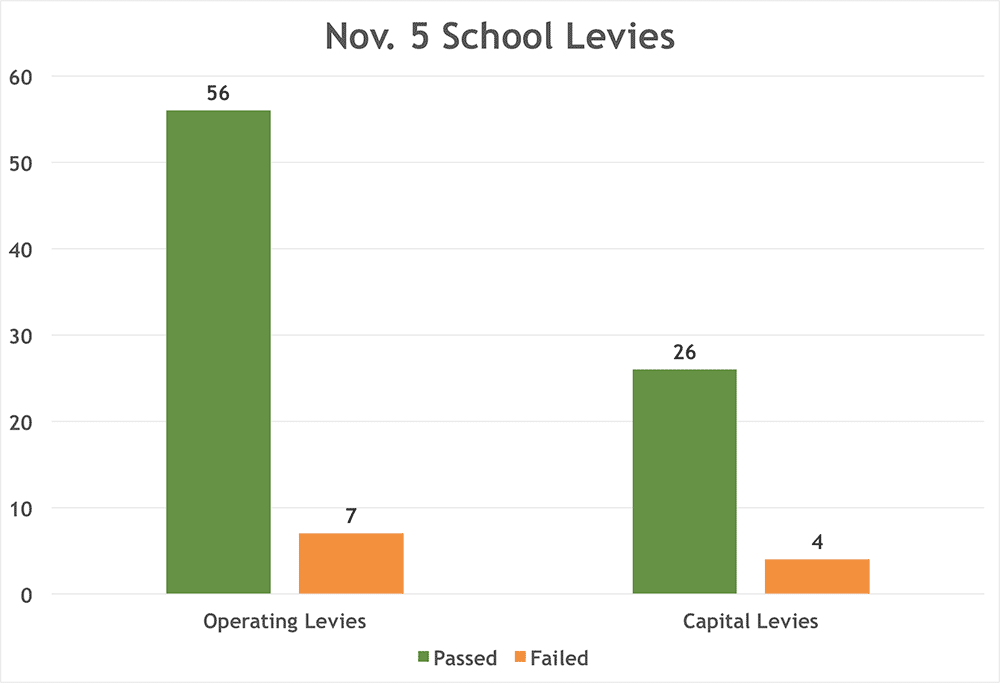 We’ll be returning to the Gaps of the Day series soon, but first a quick graph showing the good night most school levy referenda had on Tuesday.

Overall, 88% of the levies on the ballot Tuesday night passed, the highest passage rate MSBA has recorded since they started keeping track in 1980. Operating and capital levies passed at about the same rate, with roughly 89% of operating levies and 87% of capital levies passing.

It’s encouraging to see Minnesota communities stepping up to invest in their schools. It would have been easy to use the recent funding increase from the legislature as an excuse to vote down a local levy, but most levy voters on Tuesday apparently didn’t feel that way. That’s a good thing, because the state still has a ways to go to make up the funding it cut to districts during the Pawlenty years. Those cuts forced many districts to increase their levies, which rely on regressive property taxes. A significant amount of state funding comes from more progressive income taxes.

Here’s some of what passed on Tuesday:

And here’s some of what didn’t make the cut:

There’s no question that local property taxes are an imperfect way to fund schools. I’m glad Minnesota communities have stood with their schools anyway, and I hope the state will continue pulling us out of the Pawlenty hole and start building forward.