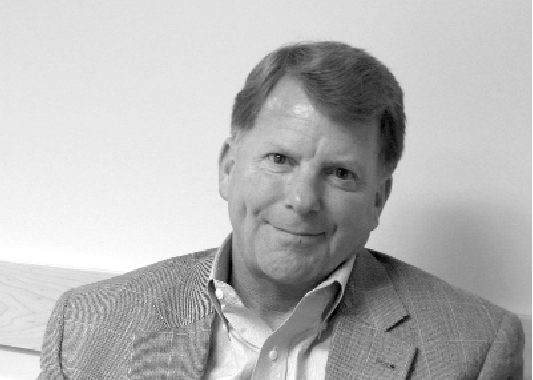 In about a year, at least two Central Avenue blocks will look completely different, when a three-business change—involving a medical clinic, a mortuary, and a Walgreens drug store—gets fully underway.

“Ours was one of four projects in Minnesota awarded the grant,” said Steve Knutson, Neighborhood HealthSource Executive Director, who added that there were more than 1,500 grant applicants. “We acquired an adjacent piece of property, an 8-unit apartment building to the north, in anticipation of our need to renovate and expand.”

Knutson said that the clinic, the oldest of their four buildings, has occupied its site since the mid-1980s. “It is a small space and it needs upgrading. In the time between our grant application and the award, we started having conversations with potential partners.”

One potential partner was Walgreens, who was seeking space for a large building in Northeast. Semper Development, a downtown Minneapolis company working on Walgreens’ behalf, offered to buy the Central Avenue Clinic building, and Neighborhood HealthSource agreed to sell. “Then the question was, where would we go?” Knutson said. “We had no interest in leaving the area. When the Methven Taylor funeral home was identified as a possibility, that culminated in our decision to buy that piece of property.”

Methven-Taylor, a local funeral home business owned by Tim Taylor and Peter Methven, has owned the three-story, 10,000 square foot Larson-Osborne Mortuary, 2301 Central Ave. NE, since 2003. When they sold the northeast-based mortuary to Neighborhood HealthSource, they relocated the Larson-Osborne business to another of their sites, Miller Heights Chapel in Columbia Heights. The relocation was effective May 30.

Knutson said that they had con-sidered remodeling the mortuary—which was built in the 1920s —but found that renovating it would cost more than demolishing it and building a new clinic. The mortuary’s former owners had added onto it twice, in the 1940s and 1950s, and each floor had various levels. “I held onto the hope that maybe we could renovate, but the issue—besides the additions—is that there were two steps up, four steps down, in different parts of the building,” he said. “To fix all that would be very expensive.”

Walgreens already owns the Central Avenue Clinic; Neighborhood Health Source will pay rent until it can move into its new building three blocks south. Knutson estimates the date of completion as February 1, 2015. Demolition of the mortuary might begin in August; construction will probably take five to six months, he said. “The new building will be double our present size, from 7,000 to 13,000 square feet. We’ll have twice as many exam rooms. We probably will eventually hire more staff; that was the intention of the government in awarding the money.”

John Rode, of RSP Architects, will design the new building. “RSP is part of the community and has experience in medical facility design,” Knutson said. “They have worked for Abbott Northwest Hospital, and have designed other clinics in other states.” RSP Architects is based at the Grain Belt Brewery campus at Marshall Street and 13th Avenue NE.

Joe Bove, chair of the Windom Park Citizens in Action (WPCIA) neighborhood group, said that Knutson had explained the plan to neighbors. “There are always going to be varying opinions in a group, but I felt that Steve’s point of view was fair and responsible. It looks like at this point it [the mortuary] will be a teardown.

“You want to do what you can to preserve what you can,” Bove added. “When you look at Central Avenue there are probably things you’d rather seen torn down. The mortuary looks nice on the outside, but it’s not a stand-out building. We’re Minnesotans, we like being sensible, and it is important to be realistic from a business perspective. Steve explained about the multiple levels. Clinics typically have certain physical requirements for the workflow. It would be very difficult to convert this building. I’m sure some people won’t like the tear down of the building, but eventually they’ll accept it and understand. I’m looking forward to improvements to the face of Central Avenue.”

Semper Development spokesperson Howard Bergerud said, “When the clinic moves out in nine months to a year, that’s when our construction starts. Hard construction will start next July.” He said that Semper has been involved with Walgreen projects for more than 20 years. “The new building will be larger and will have a drive through. Walgreens will acquire the corner grocery store [at 26th and Central] and a little office building next door. We’re working on finalizing that.

“The new Walgreens won’t look like the one on 49th and Central [in Columbia Heights],” Bergerud added. “In connection with the neighborhood groups and the City of Minneapolis, we agreed that it will be specially designed for this community. It will have a very specific design with a neighborhood feel. There will be more parking than the old store has and the entrance will be on the north end of the building. It will be a 15,000 square foot building.”

Phil Caruso, Walgreens spokesman, said that when the new store opens sometime in 2015, Walgreens will close the old store at 2647 Central Ave. NE. “All the employees will be going across the street. Prescription files will be automatically transferred to the new store. The new store will have a drive-through, so we will be able to offer our customers more services.” He said he could not give an exact date for the store opening, but would have more information once the project gets moving.

In the 1990s, the clinics were renamed Fremont Community Health Service and had three sites, two in Northeast—Central Avenue Clinic and the Sheridan Clinic, 342 13th Ave. NE—and one in North Minneapolis at 3300 Fremont Ave. N. In 2010, administrators changed the name to Neighborhood Health Source. Two years ago, they opened a new clinic in the Heritage Park senior center in North Minneapolis, 1015 4th Ave. N., which serves seniors 50 and older.

Since the mid-1990s, the clinic has been a Federally Qualified Health Center (FQHC), which means it receives federal operating grants for serving an underserved population. They received the recent federal grant, Knutson said, because “our organization has a good track record of serving this community. We are the only sliding fee schedule, primary care clinic, in the area. We see all patients with no restrictions. We take Medicare and commercial insurance. Predominantly, we see Medicaid patients and uninsured patients. We have on site staff in every clinic to help people with insurance enrollment in MnSure and MnCare. We serve about 10,000 patients and have 20,000 patient visits [at all four clinics combined] a year.”

He said they employ 65 full and part time staff members and nine providers, including four doctors and five nurse practitioners and physicians assistants. Neighborhood HealthSource doctors are not affiliated with local hospitals.

“We don’t have imaging or X-Ray equipment here; that’s one of the things we’re considering right now. Mammograms are important for our population.” They also plan to expand the clinics’ mental health services, he added. “A psychologist works here now and rotates through all four sites. We might hire another.”

Knutson said that the Central Avenue plan was part of a very complicated real estate transaction, and has caused him a few sleepless nights. “This is the largest project we’ve undertaken in 48 years,” he said.