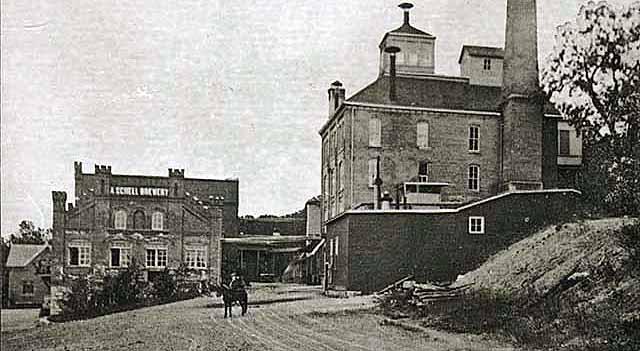 1. Grain Belt Premium. I always think of Minnesota as a secretly sexy place, and not just because of Kent Hrbek and Al Franken. Maybe it’s all the trout and music and Lutherans. Toss in a smooth, creamy, and dreamy local budget brew like Grain Belt and it’s a wonder Minnesota hasn’t seceded to form its own naked blond utopia. Grain Belt Premium is America’s finest cheap beer.

As the Grain Belt history notes:

Then in August, 2002, August Schell Brewing Company of New Ulm came forward to reclaim the Grain Belt heritage and keep the brand produced in Minnesota. Schell began brewing Premium as soon as it was able to, but the transfer was made official at a “moving party” on the grounds of the still-standing Grain Belt Brewery in Minneapolis, on October 25, 2002. With a few hundred people looking on, the original recipe was inserted into a keg that had been signed by party attendees, sealed up and transferred to New Ulm. The keg now resides at the Schell Brewery Museum.

While original Golden Grain Belt has been phased out, Premium has been a major success for Schell, enabling the classic Southern Minnesota brewer to expand considerably. Grain Belt Premium continues to be a Beer of Exceptional Quality, a true Local Legend.

As a Minnesota River Valley nationalist, Bluestem encourages everyone to take a tour of Schells, then head upriver to Granite Falls to visit the former home of Prohibition’s author, Andrew Volstad. Gordon doesn’t know it, but this part of Minnesota is the blond utopia.

However, since many of Bluestem’s neighbors are Norwegian, we skipped the naked part when we achieved our stoic secession. A formal declaration of independence by the upper valley might have made it difficult to get the beer to market.