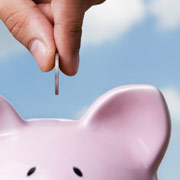 Even with a proposed $80 million increase to city Local Government Aid (LGA), real (i.e., inflation-adjusted) per capita LGA will remain less than what it was in 1972—the first year of the LGA program. That’s due in large part to city LGA cuts made since 2002.

Comparison of LGA by city (Click here to view with Scribd.; scroll down for link to PDF)

Because the 2014 LGA amounts under the Governor’s proposal are transitional, the best indicator of the long term impact of the Governor’s LGA proposal can be obtained by examining the pure formula amounts.

An analysis that focuses on the regional impact of the Governor’s LGA proposal can mask significant variation among cities within each region. Refer the printout for information on the preliminary impact on specific cities.

While the Governor’s LGA proposal increases the LGA appropriation from $426 million to $506 million in 2014, aid amounts are frozen at this level in future years. Without an adjustment for inflation and population growth, the real per capita purchasing power of LGA will decline over time, thereby contributing to increased dependence on property taxes.