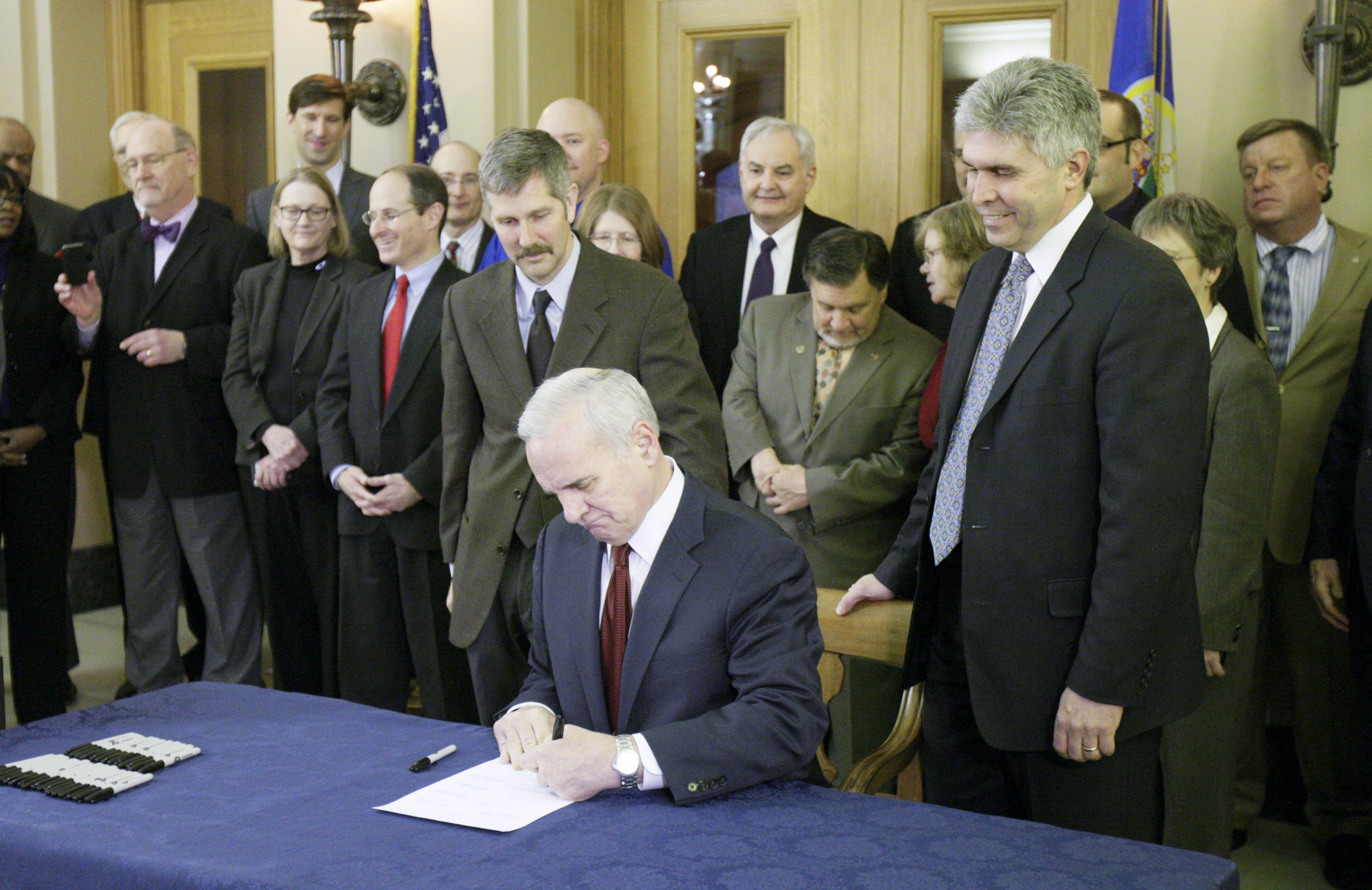 Minnesota’s version of the federal Patient Protection and Affordable Care Act is now state law and has an official name — MNsure: ‘Where you choose health coverage.’

The legislation passed the House and Senate along party lines, except in the House, where Rep. Laurie Halverson (DFL-Eagan) voted against it because it still lacked support from all stakeholders, primarily the business community, she said. Rep. Joe Atkins (DFL-Inver Grove Heights) and Sen. Tony Lourey (DFL-Kerrick) sponsor the law that takes effect March 21, 2013.

Dayton called the partisan divide unfortunate, but Atkins said House Republicans did contribute substantially to the new law, which was heard in eight House committees and had 365 drafted amendments.

“I know they didn’t sign onto it governor, but they did great work in terms of privacy protections, oversight and other matters of the bill and I still want to thank them whether they voted for it or not,” Atkins said.

By April 30, the governor will appoint six Mnsure board members to serve with Department of Human Services Commissioner Lucinda Jesson. That will be done through an open application process.

Insurance providers will begin placing plans on the exchange website beginning in October, with purchasing set to begin Jan. 1, 2014. Up to 1.3 million residents are expected to purchase insurance through Mnsure.