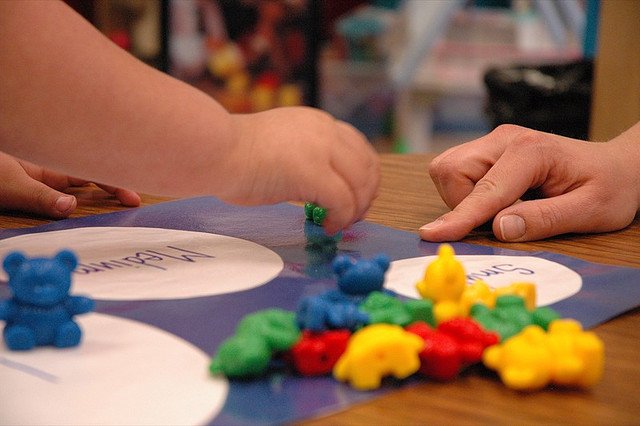 House members, in a joint hearing of the education and health and human services finance committees, pulled out their metaphorical magnifying glasses Wednesday to take a closer look at Gov. Mark Dayton’s proposed $130 million increase over the next biennium in early education opportunities for pre-K children of low-income families.

The reaction to the proposal was mixed.

Last month the governor unveiled in his 2016-17 biennial budget proposal, which calls for a $418 million increase in pre-K-12 spending. He targeted $109 million of that to expand pre-K learning opportunities for 31,000 children of low-income families and $19.4 million to eliminate the current 2,485-child wait list for Head Start enrollment.

Rep. Mary Franson (R-Alexandria) said she was particularly concerned that only child care providers who participate in the Department of Human Services-sponsored “Parent Aware” rating system would be eligible to receive children whose families will use early learning scholarship dollars.

Nearly 1,900 of more than 11,000 licensed providers across the state currently participate in the program.

“It doesn’t seem like the providers want to participate in the Parent Aware program,” Franson said.

Human Services Commissioner Lucinda Jesson emphasized that the Parent Aware ratings system is a voluntary program, but that providers have increased their participation since its statewide rollout in 2012.

“I think you are far more likely, if you are parent, to make sure that your children are getting that kindergarten-ready experience if it is a rated program,” Jesson said.

Others, like Rep. Jerry Hertaus (R-Greenfield), said they wonder whether the governor’s proposal – which includes a voluntary option for elementary schools to eventually “scale up” to include half-day, pre-kindergarten education for 4 year olds –creates unnecessary competition between public schools and the state’s already existing 11,000-plus child day care providers.

The Department of Education is attempting to work with schools and providers to provide a system that leans on a multitude of early learning options, said Bobbie Burnham, director of the department’s Early Learning Services.

Rep. Erin Murphy (DFL-St. Paul) praised the department’s efforts to combat the achievement gap by increasing state support for expansion of early learning opportunities for children who live in poverty.  Murphy, who supports a universal pre-school model, said she wants the education and human services departments to explore opportunities to ensure that licensed child care providers can fit into such a system if it ever came to fruition.

Rep. Jenifer Loon (R-Eden Prairie) questioned the governor’s proposal to move toward school-based pre-k programs and whether such initiatives are really targeted to help low-income families or whether they would, in effect, end up launching entitlement-based programs that apply to all children, regardless of income-based need.

“With resources so scarce and economic questions on these programs, why move in that direction where it’s not targeted to those most in need?”