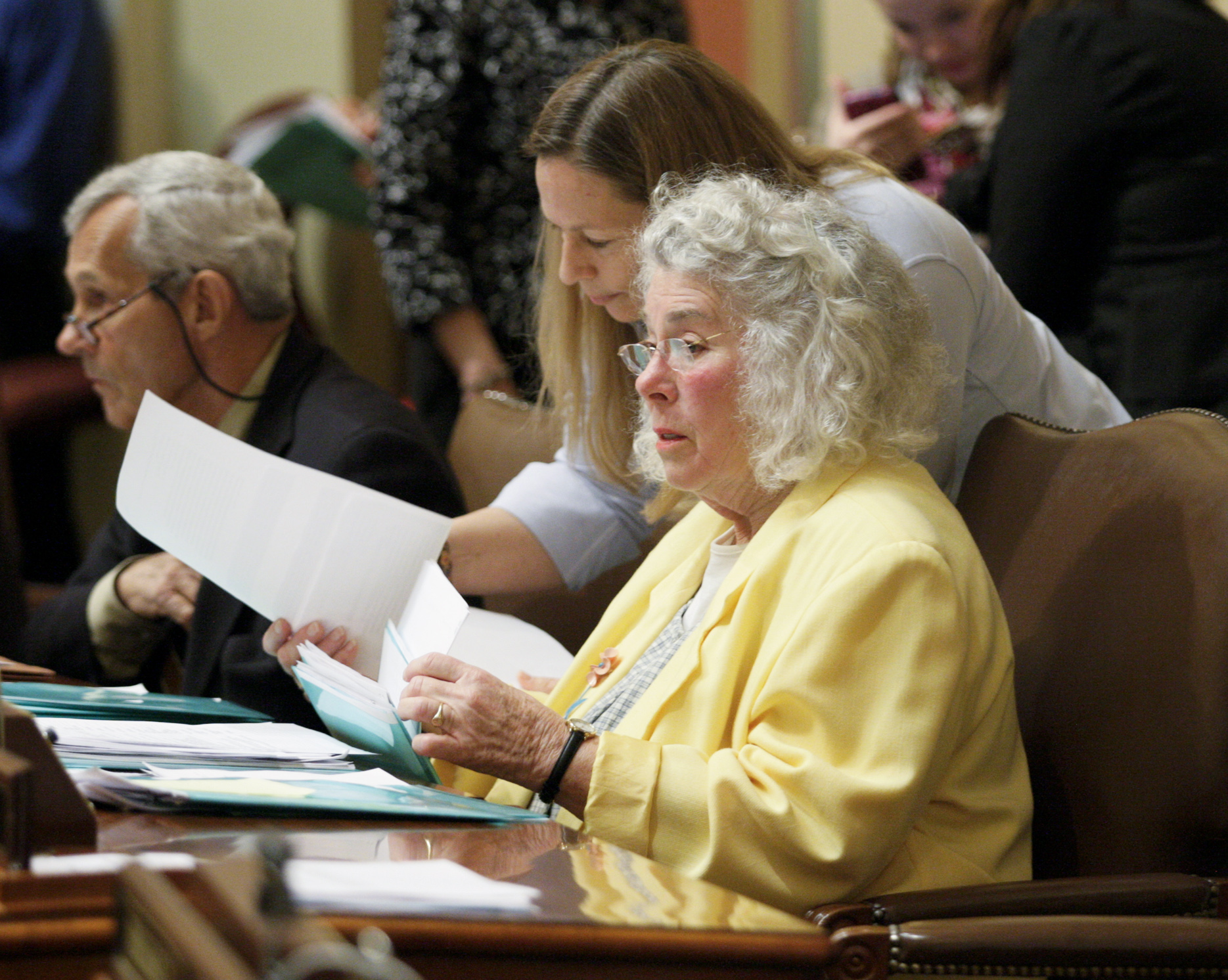 Sponsored by Rep. Mary Murphy (DFL-Hermantown) and Sen. Tom Saxhaug (DFL-Grand Rapids), SF1589 would appropriate $921 million to 28 state agencies and boards and give a 1 percent compensation increase to employees in those agencies. The amended bill now returns to the Senate, which passed its version 34-32 Tuesday.

Republicans opposed various funding items, including $620,000 for Minnesota Public Radio and $30,000 for a bust or statue for Nellie Stone Johnson, a Minnesota political leader and civil rights activist, in the State Capitol. They also oppose a provision to remove the Sunset Commission that was established two years ago to look at the efficiency of state agencies.

Rep. Joyce Peppin (R-Rogers) said without the commission there would be no process in place to look into and streamline state agencies.

“That’s a disservice to the people on Minnesota,” she said.

Rep. Andrew Falk (DFL-Murdock) argued that the duties of the sunset commission can be done by the Legislature when creating the budget.

Rep. Mary Sawatzky (DFL-Willmar) sought to remove what she deemed wasteful spending in the proposed budget, too.

After Republicans brought up funding spent on sending artists overseas as part of their “30 Days of Wasteful Spending” campaign, she successfully offered an amendment to restrict travel funded by the Arts Board to within the state, unless the cost is less than 5 percent of the total grant. She cited $5.6 million in taxpayer spent on the trips from 2009 to 2013.

“I don’t think that’s a responsible way to use our taxpayers dollars,” she said.

While increasing spending by $26 million compared to the last budget, the bill also includes some savings. Tax refunds issued through debit cards and direct deposits along with the automation of several other services through use of free electronic payments is expected to save the Department of Revenue about $4.5 million.

Rep. Mary Liz Holberg (R-Lakeville) raised concerns about the debit cards, which can track how refunds are spent. She successfully offered an amendment to require the department to report standards and procedures on protecting information.

“The privacy of our taxpayers are at stake here,” she said.

Rep. Mike Benson (R-Rochester) successfully offered an amendment that would require legislators to pay 10 percent for individual health insurance coverage and 15 percent for dependents, which they don’t currently pay for. It passed 65-64.

“I couldn’t believe that we’d be up here in St. Paul making determinations about what everyone else is gonna pay and pay zero,” he said.