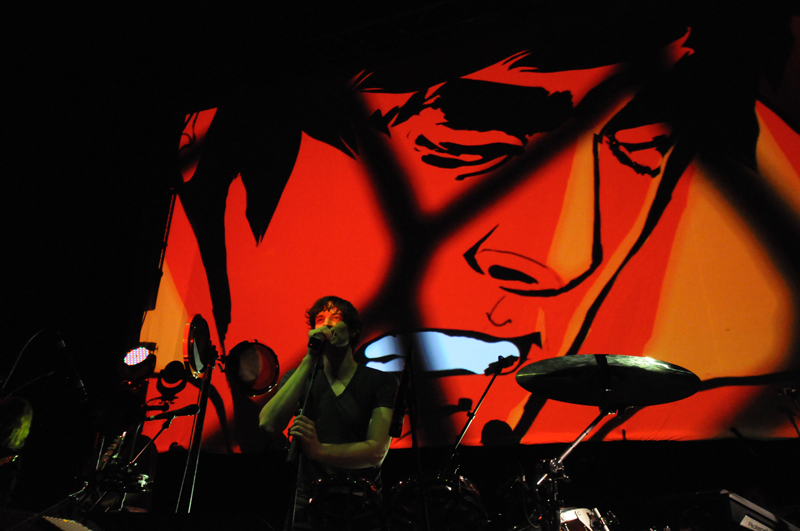 On April 4th, Gotye made his much-anticipated debut at Epic Nightclub. Yes, Epic; as his fans and hopeful concert-goers know, Gotye (real name Wouter “Wally” De Backer) sold out the Varsity Theater months ago only to head-scratchingly reschedule the date at Epic. Surely the move was dictated by capacity, but leaving the invitingly tattered-in-a-good-way couches of the Varsity behind for the glitz and tattered-but-not-in-a-good-way glamour of a downtown nightclub seemed to suggest that the stakes had been raised. Could Gotye, who had only just recently skyrocketed out of Australian indie obscurity straight to the most gratuitous of Top 40 stations, really hold his own at such a mainstream venue?

Setting the stage for what was to come that night was Kimbra, best known to Gotye admirers as the Katy Perry lookalike guest vocalist who’s all naked and painted in his video for juggernaut single “Somebody That I Used To Know.” At Epic Kimbra quickly proved that she could hold her own as a solo artist, belting out song after song that reminded me of the kind of throwback, jazz-influenced vibe that Christina Aguilera went for in her “Candy Man” days. Kimbra certainly has comparable pipes, singing with the kind of power that clearly proved she is a vocal artist versus just a “pop star” (in the negative connotation). The difference between Kimbra and someone like Aguilera is that Kimbra managed to maintain the sense of wholesomeness characteristic of music from the swing era. She definitely put her own forward-thinking spin on the retro vibe, but managed to do so in a way that wasn’t overtly sexualized, showcasing her vocals and conveying a contagious sense of fun.

After Kimbra’s expansive and extremely high-energy set concluded, I was left wondering how Gotye could possibly follow up that performance. It’s no secret that the overwhelming draw to his concert was the aforementioned hugely popular single, and the general consensus amongst people who then went on to listen to his album Making Mirrors  was that it simply lacked the excitement and earworm quality of “Somebody That I Used To Know.” I wondered if what I was about to witness was a bunch of bored people standing around listening to blase, non-descript acoustic rock just waiting for Gotye to launch into a 15-minute-long encore of the song everybody had been waiting for. In reality, nearly the opposite happened.

Gotye and his band took the stage and immediately matched the intensity of Kimbra’s warmup, enhancing the sound with a variety of live percussion instruments and backdropping the entire thing with elaborate, nearly psychedelic videos, which allowed the set to flow together like one long, engaging music video. (I can’t figure out who directed them, but think slightly-more-life-affirming Andreas Nilsson.)

The only major complaint to be made about the Gotye show was, expectedly, the choice of venue, but not because Gotye couldn’t hold his own—in fact, he managed to fill the space with such a presence that The Single almost seemed like an afterthought, but more on that in a second. The problem was that Epic was designed to be a nightclub and not a concert venue. That meant that unless you managed to shove your way within 15 feet of the stage (which was absolutely impossible for anyone who stepped away between the opener and headliner), the only other chance you had to see Gotye was the few seconds you were walking up or down the stairs before you were herded on by a security guard, or on one of the many television screens scattered throughout the place. That was better than nothing, but the stream only captured less than half of the video screens so one was left with two choices—either stand on your tiptoes and see most of the video screen but not the band, or watch the band but miss out on the video.

Now about “Somebody That I Used To Know,” which—like the most of the attendees of the show is probably what you’re here for, right? Like I said, I think everybody expected it to be one long, drawn-out celebration of his explosive fame, sort of like commemoration and thanks to the fans for giving him a moment of celebrity and a grateful acknowledgement that he’d probably never achieve anything like this again. Instead, when it came time for this tune in the set, Kimbra unceremoniously crept out on stage, took the mic, and the two performed the song almost identically to how it’s heard on the radio. When it was finished she walked right off stage before the outro was even done, and Gotye and band went right into the next song. No fanfare, no gracious or faux-gracious rambling, nothing. And it was kind of nice that way, because what happened overall, then, was that Gotye presented a cohesive set that seamlessly highlighted his catalog, entertaining a crowd that maybe didn’t expect much more than to hear their favorite song of the moment.

Hopefully this will build momentum for Gotye, who will come back with an even catchier single and an even more committed fanbase. Or maybe next time we’ll see him reminiscing and playing the old favorite from a bar stool at Cause, who knows. Either way, Gotye is an engaging live performer who is worth seeing if you get the chance. 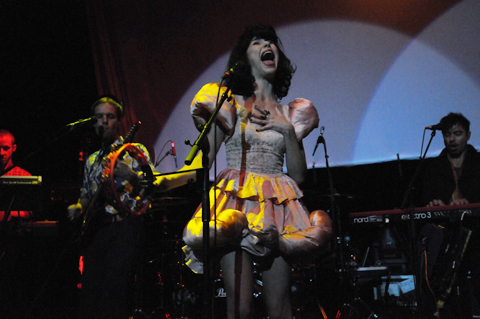 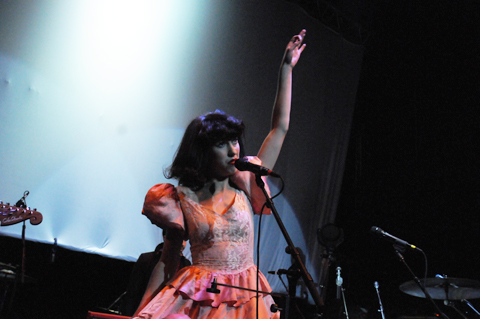 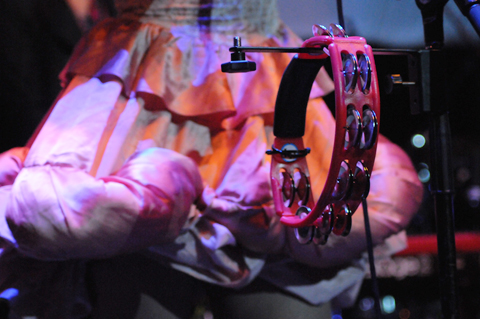 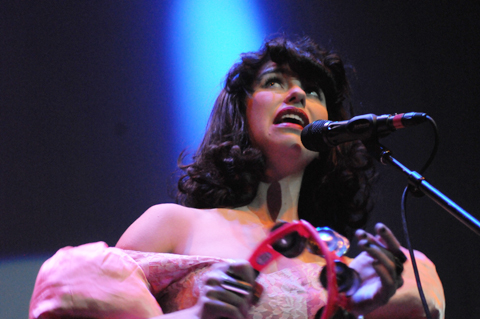 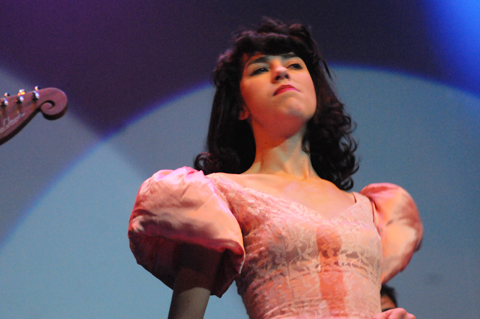 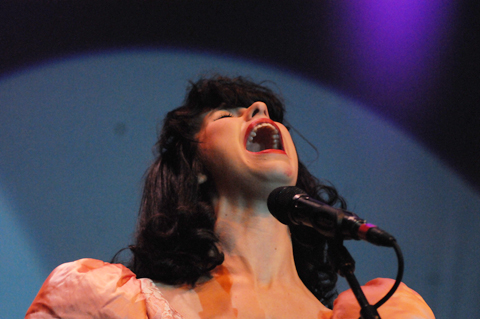 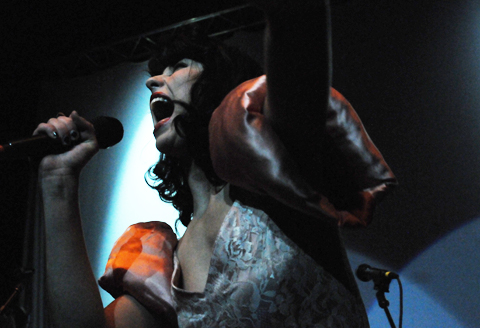 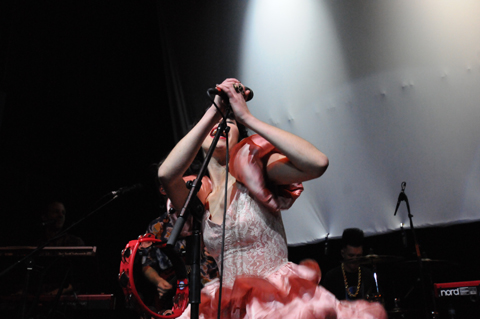 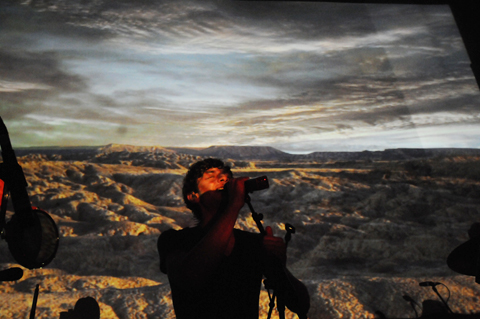 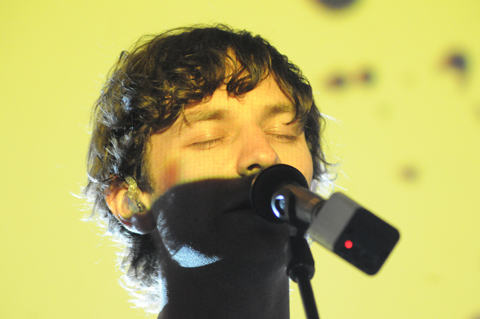 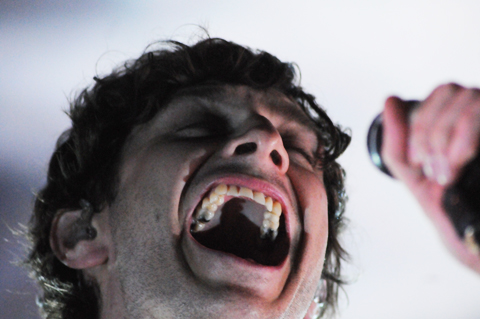 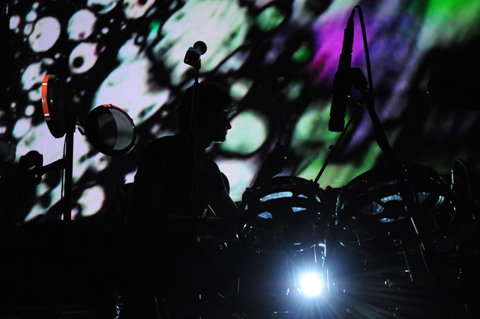