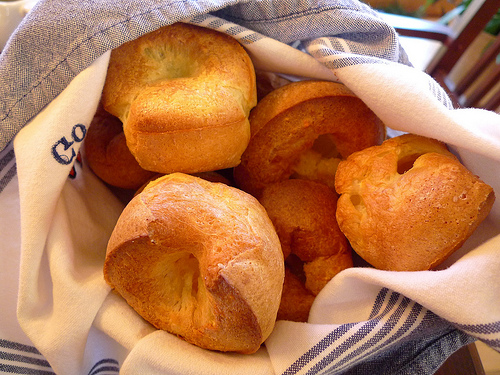 Years ago, when Macy’s was Dayton’s and my children were young, we went there once a year for lunch in the elegant River Room. We went with my Aunty Helen, who knew something about making memories. Dayton’s seemed like the fanciest store around, a special and impressive place, and the River Room is justly famous for its popovers, still remembered as “basically amazing.”

Then Daytons became Marshall Fields and then Macy’s and now it’s going away, quickly, with clearance sales beginning Monday and ending in less than three months.

The official word from the city of St. Paul is aggressively upbeat:

[Mayor Coleman:] “Downtown Saint Paul’s momentum and rebirth continues. And much like when the ballpark or light rail was in the infant stages of great redevelopment ideas, the Macy’s site provides the city with a tremendous opportunity to bring another part of our city into the 21st century.”

The closing of Macy’s brings with it great redevelopment potential, according to Matt Kramer, President and CEO of the Saint Paul Area Chamber of Commerce. “We understand that large national retailers have been trending for years to the suburban mall model. And while we hate to see Macy’s leave Saint Paul, we are very optimistic about the quick redevelopment of this site given its prime real estate location.”

PED Director Cecile Bedor noted, “We are confident that the development community will recognize the potential of this site, and we’re looking forward to working with Macy’s to ensure a quick and efficient sale and reuse.”

Long-time St. Paul columnist (now blogger) Nick Coleman will shed no tears over Macy’s, concluding a scathing analysis of its St. Paul failure (and what he argues is the failure of St. Paul’s downtown) with:

By this point, most St Paulites no longer give a damn about a department store that cared so little for them. Hey, Macy’s, you’re going away? Oh, too bad.

Don’t let the door hit you in the ass.

Participants in St. Paul E-Democracy forums suggest that the site could be turned into a Target or a Midtown Global Market or space for the performing arts high school (more here.)

But what I do know having lived in downtown for a dozen years and currently working there is that I mark this occasion with a certain sadness, along with plenty of optimism and interest to see where this downtown – my downtown, and our downtown – will go next.

What’s your take on Macy’s closing — or on downtown St. Paul? We’d be happy to publish it — short comments below, or post longer responses and we’ll publish in the Free Speech Zone.